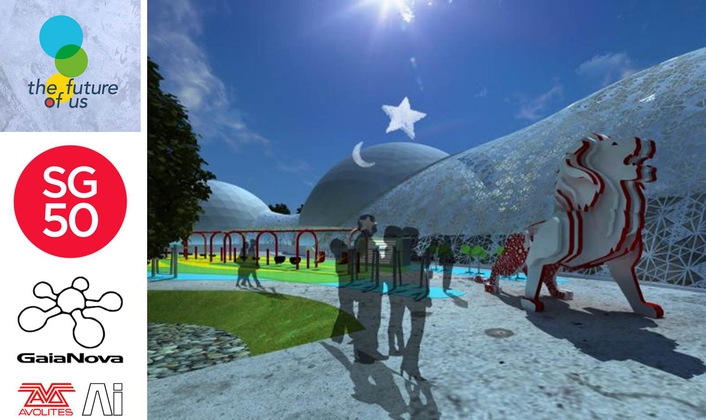 A technology rich exhibition offering a 'taste of what living in Singapore will look like in 2030' opened in December 2015 featuring immersive, multi-sensory experiences with visuals powered by Avolites Ai Infinity EX8 servers.

The 'Future of Us' project is one of the last major events to celebrate Singapore's Golden Jubilee. It is housed in four domes, situated in the Gardens by the Bay area of the island, where visitors can view films and interactive visuals. Ai is powering the visuals in 'Dome 1'. 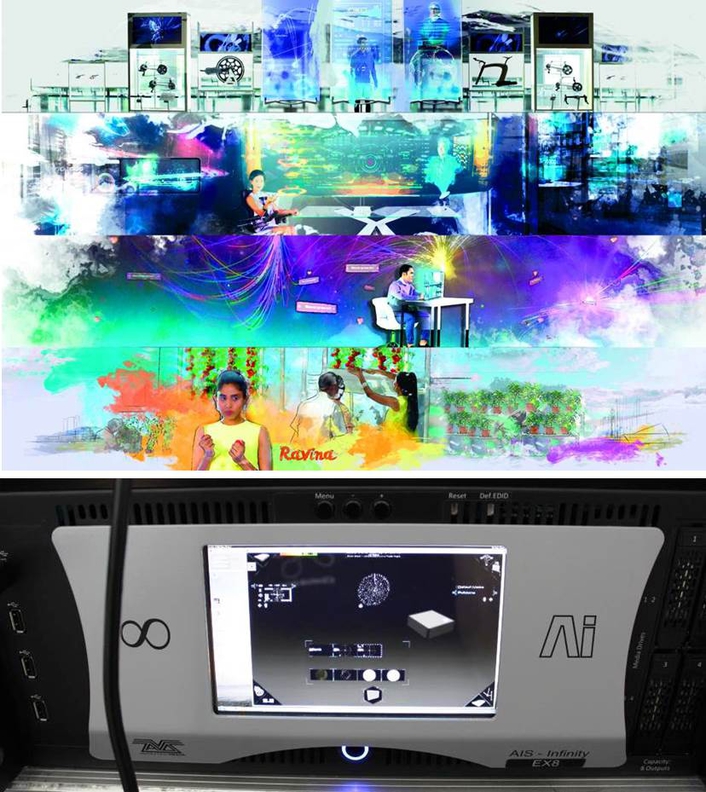 The 'Future of Us' Ai system will be running 11 hours a day, seven days a week for the next three months

The AV solution for the exhibition is provided by design and technical production company Dorier Group, which is based in Geneva but has offices around the world, including in Singapore. The main production company is PICO - a 'total brand activation company' which specialises in world-class events and visual identity.

London-based Gaianova, which provides dome hire and a range of video skills and services to all sectors of the events industry, became involved with the project as a consultant and support to Dorier Asia.

"We were brought in because of our combined expertise with domes and media servers," explains GaiaNova's Ben Stern. "In the early stages of the project, we visited the site to assist with the initial install of the AV kit system set up, and then provided ongoing support for the techs on the ground." 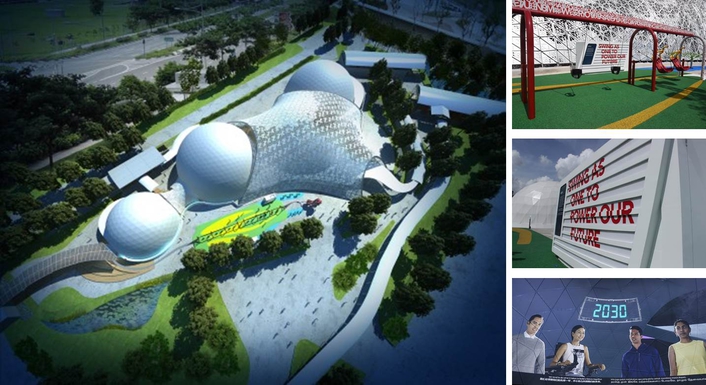 Dorier Asia purchased the Ai EX8 servers from Singapore-based Avolites distributor Total Solution, one as the main server and one as backup.

The content played in the magnificent Dome 1 structure is an eight-minute 3072x3072 film with stereo audio, which was produced by Vivid Three - a leading visual effects, 3D animation and CGI outfit in Singapore.

"Ai is our media server solution of choice for dome work because of the auto blend feature," Stern continues. "This is a hugely powerful tool for producing high quality edge blends and warping onto the dome in a fast turn around time which is very important on a show that needs to run day in, day out for long duration of time. We also used time code triggering of the clips using the system clock to automate the scheduling of the show."

Avolites' Ai EX8 is supercharged with full 3D visualisation, the revolutionary Autoblend feature to simplify complex maps, an intelligent output page to take the headache out of addressing outputs, and an intuitive user interface.

The 'Future of Us' Ai system will be running 11 hours a day, seven days a week for the next three months. Each system consists of an EX8 Ai Server connected to six Panasonic 21K WUXGA projectors.

Singaporean Prime Minister Lee Hsien Loong officially opened the exhibition on 1st December. It will run until March 2016 and 700,000 visitors are expected.

About Avolites:
Avolites is widely regarded as the world's premier manufacturer of lighting consoles, media servers and dimming systems, all compatible in an integrated solution for total visual control.

With a reputation built upon years of expertise delivering rock-solid equipment for productions across music, film, corporate and theatre since 1976, Avolites has evolved to offer cutting edge technologies in their swift and intuitive Titan and Ai software packages, within a diverse range of equipment of the very best quality and design. Now the company aims to deliver a comprehensive lighting and video solution from a single intuitive control surface.

The Future Of Us
GaiaNova
Avolites