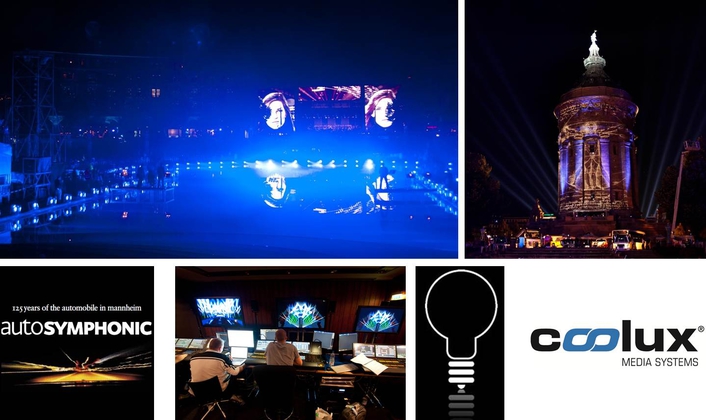 LOOP LIGHT employed four Pandoras Box PRO Server systems in conjunction with the coolux Widget Designer PRO software
On the tenth of September 2011, the city of Mannheim celebrated the 125th anniversary of the invention of the modern automobile by Carl Benz, with a spectacular multimedia show called „autosymphonic“.

This epic concept combined different styles of live music, a full symphony orchestra, 80 cars being used as instruments on stage, water fountains and architectural projections onto a local landmark – the Mannheim water tower.

The result was a night to remember – both in terms of the quality of performers and the sheer scale of this demanding mammoth project.

17.000 people were present during the audiosymphonic extravaganza, that some even called the German event of the year.

coolux Pandoras Box products were used for the beamer and LED feeds in addition to being used for the beautiful architectural projection that made the Mannheim water tower come alive.

Two Pandoras Box Managers were triggered via the Widget Designer to synch the running systems. One challenging aspect of this particular part of the autosymphonic project was the warping, that did not just use four Barco R22 projectors, but had to integrate four additional 10.000 ANSI Lumen projectors as a backup solution. 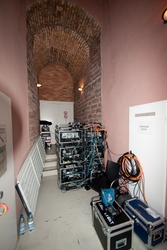