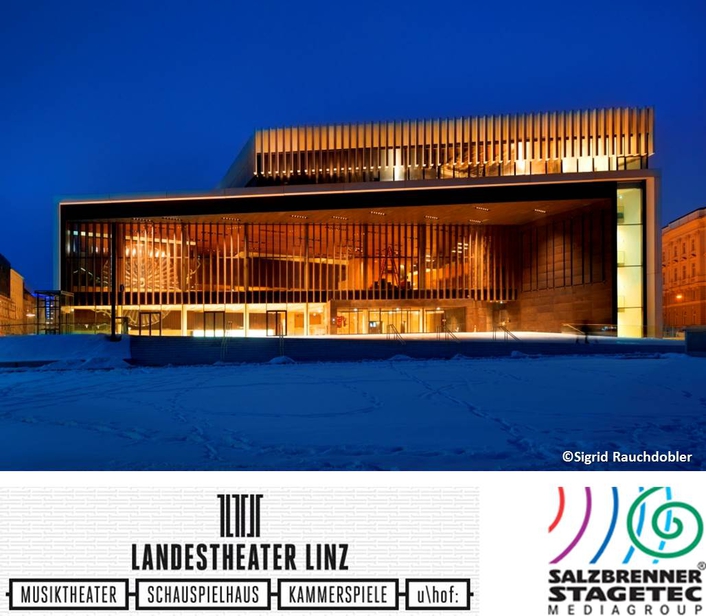 With the ambitious project the city of Linz 2009 responded to the need for renewal in the old opera house, which was too small for the classic opera repertoire and offered inadequate acoustic conditions as well as little comfort. The new house covers the genres of opera, drama, ballet, youth theatre and – for the first time in Linz – musical shows. The theatre designed by London-based architect Terry Pawson offers a main stage with impressive 2066 square meters of stage space, three extremely variable usable venues as well as excellent seating comfort and acoustic conditions.

The MEDIAGROUP supplied and installed all the sound technical systems for this major project. The setup includes an extensive oratis intercom system, a stage-management system based on oratis and the Media Control system, a NEXUS network for signal distribution throughout the building, and four AURUS mixing consoles for each of the three halls and the additional recording studio. Also the sound reinforcement systems, the video installations, the monitoring and hearing-aid and finally the media controller were also supplied by the MEDIAGROUP.

Backbone of the installation is the comprehensive NEXUS system networking all three venues. 15 NEXUS Base Devices, some of which for mobile use, make audio network ports literally available everywhere in the huge building complex. One of the main tasks for NEXUS is integrating the four AURUS: A large console at the FOH rom of the big hall (1000 seats), a portable console for rehearsals, another portable one usually used in the studio stage (“Black Box” with 270 seats) and finally one at the recording studio associated with the orchestra hall (200 seats). The concept emphasizes on versatility: As all consoles are integrated into the same network, each and every single resource may be accessed from all four desks and every desk can be freely used in each of the halls. 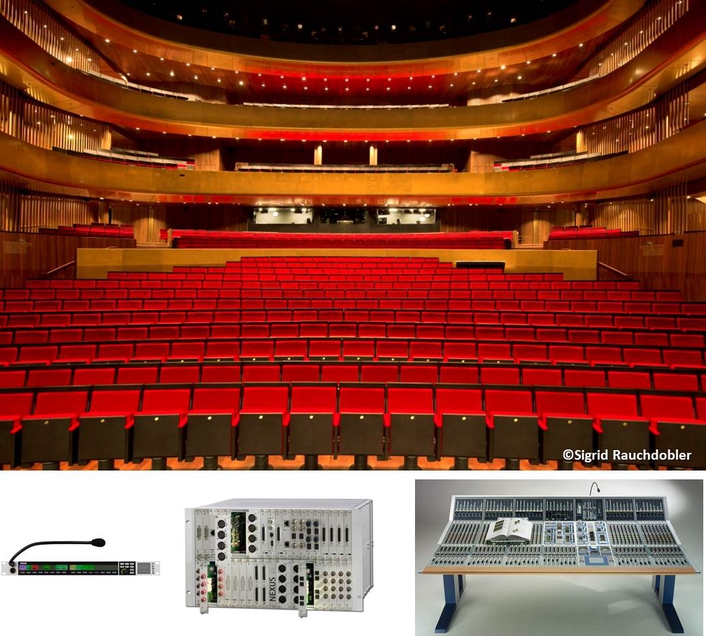 "A new theatre of this size requires technology that guarantees for a smooth switch between genres and for versatile usage of the halls”, comments Wolfgang Salzbrenner, managing director of the MEDIAGROUP’s theatre and integrated systems division. “Therefore, apart from factors such as sound quality and reliability, in this tender versatility and the high level of integration tipped the scales for our offer. As one of a few pro audio specialists the MEDIAGROUP is able to integrate all audio and multimedia components across all trades, offering tailor made solutions that play perfectly together” he continues.