Another Glorious Glasto for Fineline 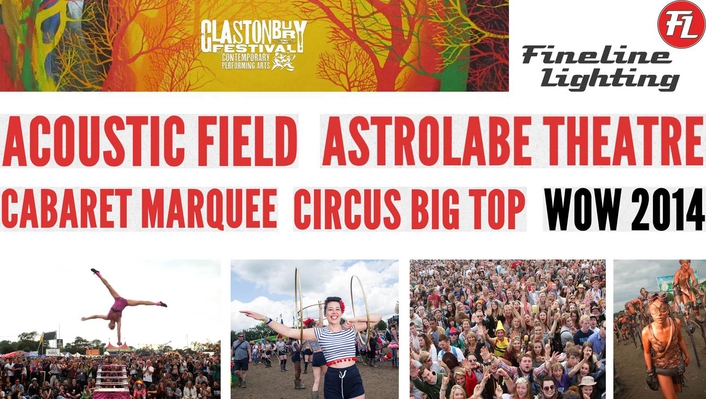 The project this year involved over 130 moving heads and over 350 conventional lighting fixtures from Fineline – utilizing moving light products from Martin, Robe and High End Systems plus Avolites and ChamSys control and Martin LED products, together with 38 crew, who rocked up at Worthy Farm in Pilton for the week that culminated in four days of fun and nearly 200 full-scale performances lit by Fineline’s team. 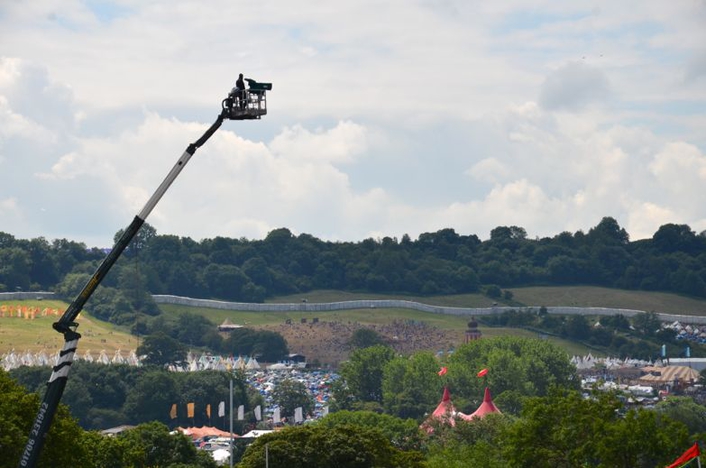 Fineline has been involved with supplying lighting to Glastonbury for over 20 years, and MD Rob Sangwell says, “We all love working at Glasto. ‘It’s grown enormously in recent years but still retains a very special and unique atmosphere. While it is a challenging environment for staging the high levels of production required, as a locally based company, for us there is an additional resonance, all of which makes us very proud to be involved”.

Although the weather has even become a trending national news topic in relation to the festival, Fineline now doesn’t even look at the forecast! They are fully prepared whatever the weather and going and working whatever is the case!

Acoustic Stage
This always features an eclectic selection of bands and musicians – anything from a solo to guitarist to a full multi-instrumental band – so flexibility is the key to lighting the stage explains Fineline MD Rob Sangwell, who is also Artistic Director for the Acoustic’s technical production. 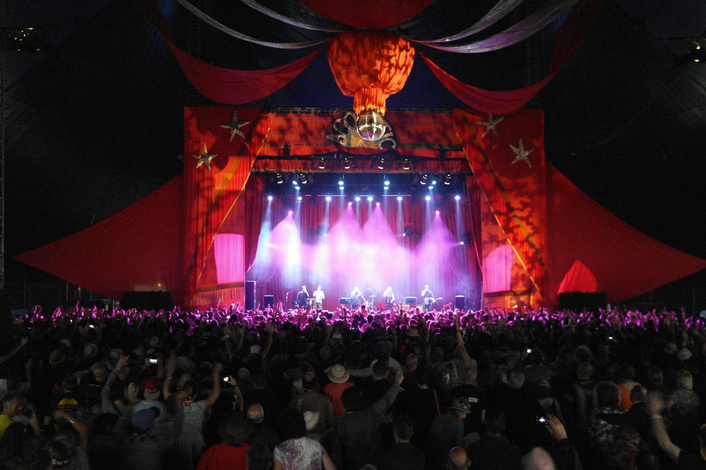 There are not actually so many purely ‘acoustic’ acts appearing there now – the name was coined as an antithesis to the synthesiser-tastic sounds that dominated the 1980s when the Acoustic concept was first launched at the Festival. So it was essentially lit as a rock ‘n roll set up, complete with a ground support system which was installed to give all the requisite lighting positions.

This year, Rob and his colleagues also brought a theatrical vibe to the stage with a set of lush red velvet drapes and décor to conceal the metalwork and soften the appearance of the environment. 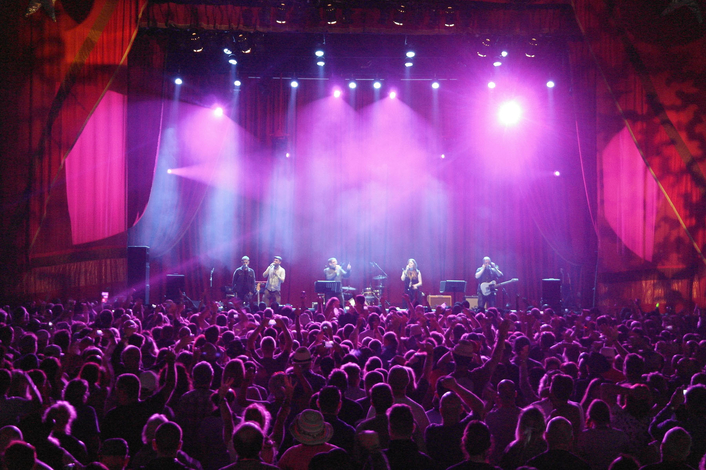 Circus
Glasto’s Circus Stage has one of the liveliest line-ups and is one of the most universally popular stages across the site, offering entertainment for everyone.

Lighting here has to be exciting, edgy and deal with a dynamic array of performances, many of them experimental – form the surreal to the bizarre and everything in between!

A general combination of wash lights and specials – Primarily Robe 600E Spots, LEDWash 600s and CycFx 8s - was installed on the deck and across four flown trusses. These were joined by a heterogeneity of PARs, ETC Source Fours and fresnels. 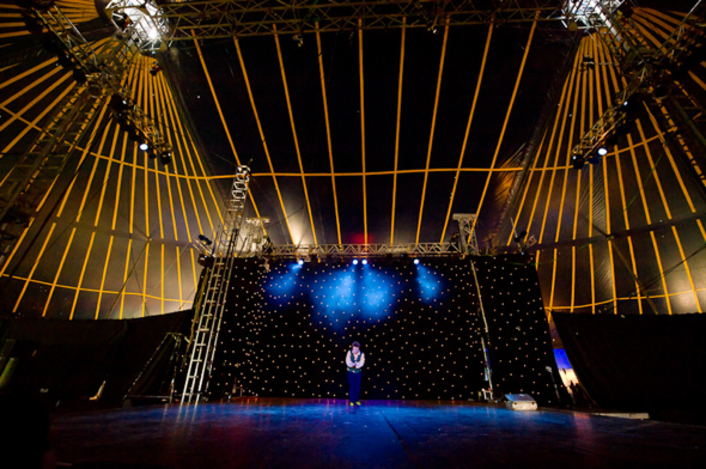 The many aerial acts also needed some special treatment so, specifically for this, Fineline  supplied some of their new CycFX 8 fixtures from Robe. These were positioned on the floor around the stage and used as kickers, and due to the motorized tilt and zoom could also be used to light the aerial work.

LD James Loudon and Chief LX Rob Watson were joined by Will Dale and Charlie Denny.

Astrolabe
This area also features a highly acclaimed programme each year running back-to-back throughout the festival event, all needing to have the staging facilities that they might expect to find on a more traditional venue. 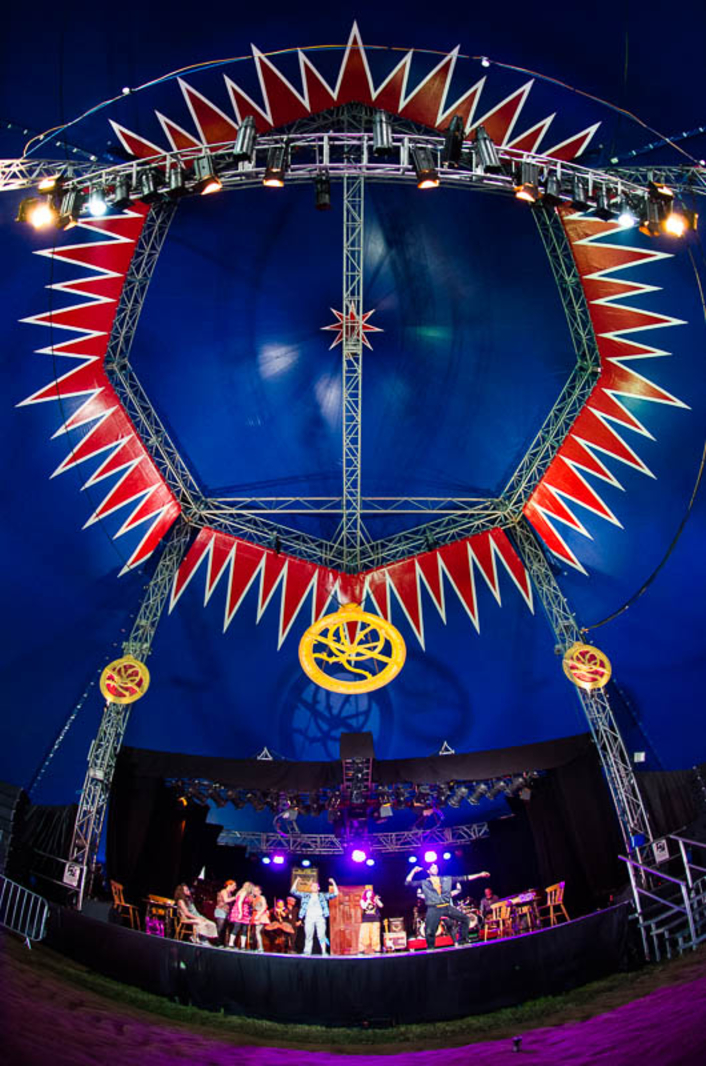 Fineline supplied a ‘house’ lighting rig designed by Hal Himsworth which had to meet the different technical riders and allow these performances to happen in a field just the same as they would in an arts centre or city centre theatre.

A temporary four-legged ground support structure was built in place of a traditional black-box flying system and this was populated with a mix of moving lights and conventionals.

With lightning-quick changeovers between performances, a major requirement is for crew to be able to refocus and adjust lights quickly and easily. In addition to a large selection of conventional theatrical fixtures, the kit included SGM Spot moving lights and Palco LED floods, Showtec Sunstrips and a plethora of LED PARs for specific acts.

Fineline’s rigger was Chris Randall and the techs were Bruno Carr, Lee Stone and Ben Motz.

Cabaret
Over in the cabaret stage, Fineline’s Wingnut created the lighting design and worked with Chief LX Rachael Moule and technicians Croat Henniger and Adam McNally. 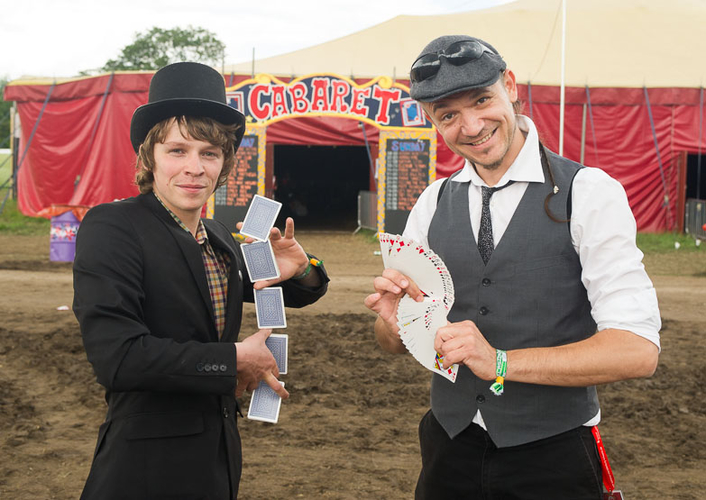 WOW Stage
A raft of underground DJs and dance sounds vibed up the house for all boarding the good ship WOW for four days of seriously excellent boat parties curated by Team Love, who are also behind Bristol’s ‘Love Saves The Day’ downtown festival where Fineline lit the main stage this year. 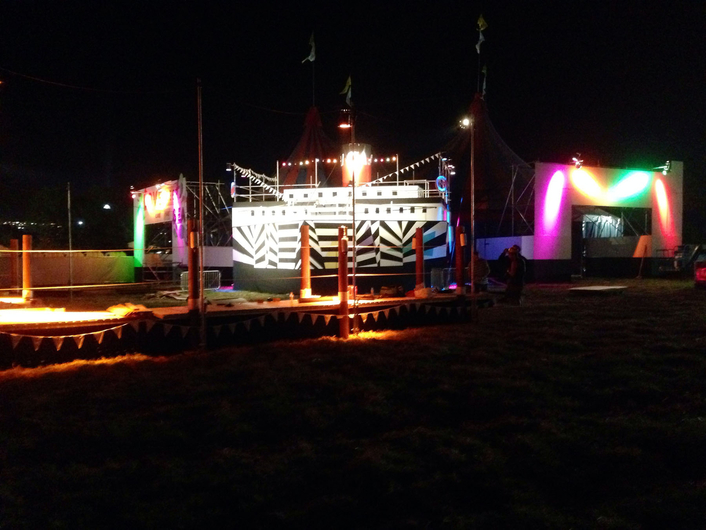 By complete contrast, Glasto could not have been less urban!

Fineline’s kit list for this tented venue and large outdoor space featuring the massive HMS Wow ship included High End moving lights and ChamSys control, together with a bunch of the tiny Robe LEDBeam 100s, High End moving-mirror lights, LED PARs Sunstrips and LED Battens, all of which were pixel mapped. WOW stage LD James Harrington of Team Love adds, “We are really happy to have had Fineline supplying the kit for the WOW Stage this year. The kit’s good and the Fineline team are great to work with.” 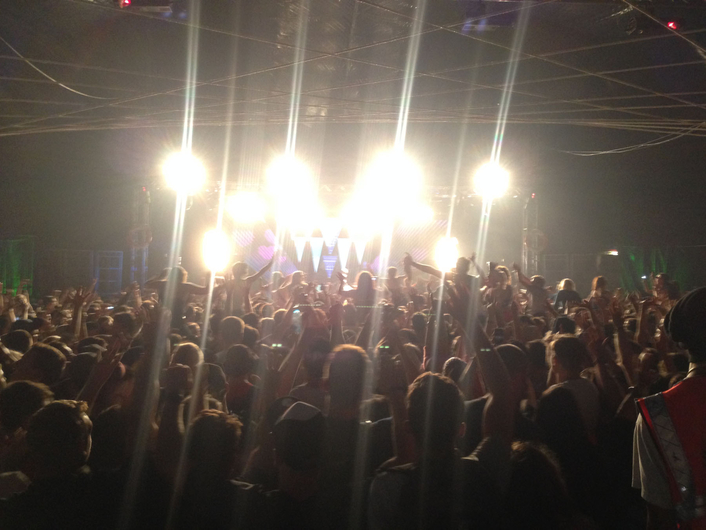 Glorious Glasto
Once again, the event was a huge success despite the changeable weather which included a dramatic lightning storm on the Saturday.

Fineline enjoyed being at the very core of the buzz, relishing the many challenges and being prepared for any Glasto eventuality, ultimately helping to successfully stage a massive variety of shows in out-of-the-box conditions at one of the best entertainment and production phenomena’s worldwide.