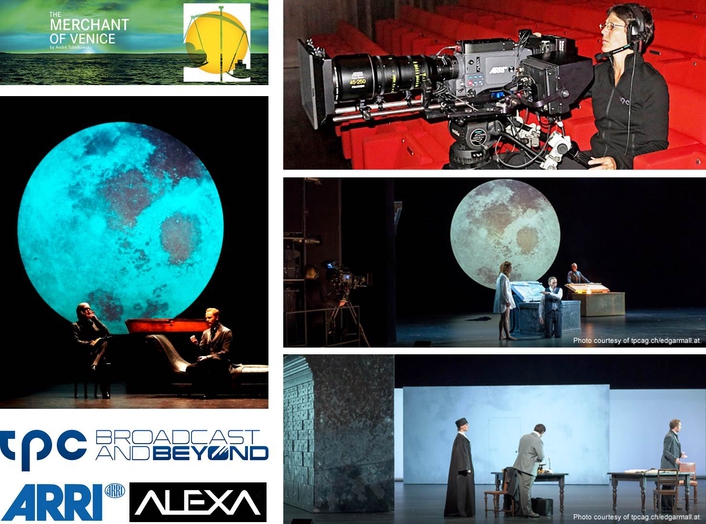 .
For the very first time, ARRI ALEXA cameras equipped with the Fiber Remote Option have been used for a live television broadcast. The setting for this significant achievement was an opera at the Bregenz Festival in Austria -- the inaugural production of André Tchaikowsky's adaptation of William Shakespeare's play THE MERCHANT OF VENICE. Swiss production company TPC made the decision to shoot the opera exclusively with ALEXA Fiber Remotes, using six of the cameras to create a highly dynamic live transmission.

The fact that ARRI's Fiber Remote Option could be utilized for multi-camera coverage of a live televised event illustrates the complete dependability of the system and also how seamlessly it can be integrated into existing broadcast practices and scenarios, whether studio-based, outside broadcast, live or recorded.

ARRI spoke to TPC project manager Rolf Allenbach about the cinematic look that the ALEXAs helped his company achieve for THE MERCHANT OF VENICE.

How did the idea of using the ALEXA Fiber Remote Option on this shoot come about?
I met up with Thomas Funda -- a freelancer and a friend of ARRI -- at an industry event, and we got talking about the ALEXA Fiber Remote Option. Thomas knew that ARRI was looking for an opportunity to showcase how much extra production value the system could bring to a live broadcast and I told him about the multi-camera live broadcasts we had done at Bregenz in the past. Out of that came the idea of trying out the ALEXA cameras for the opera staged inside at this year's festival, which was THE MERCHANT OF VENICE. We usually work with Sony cameras, but we were very glad of the opportunity to see how these ALEXA cameras would work. 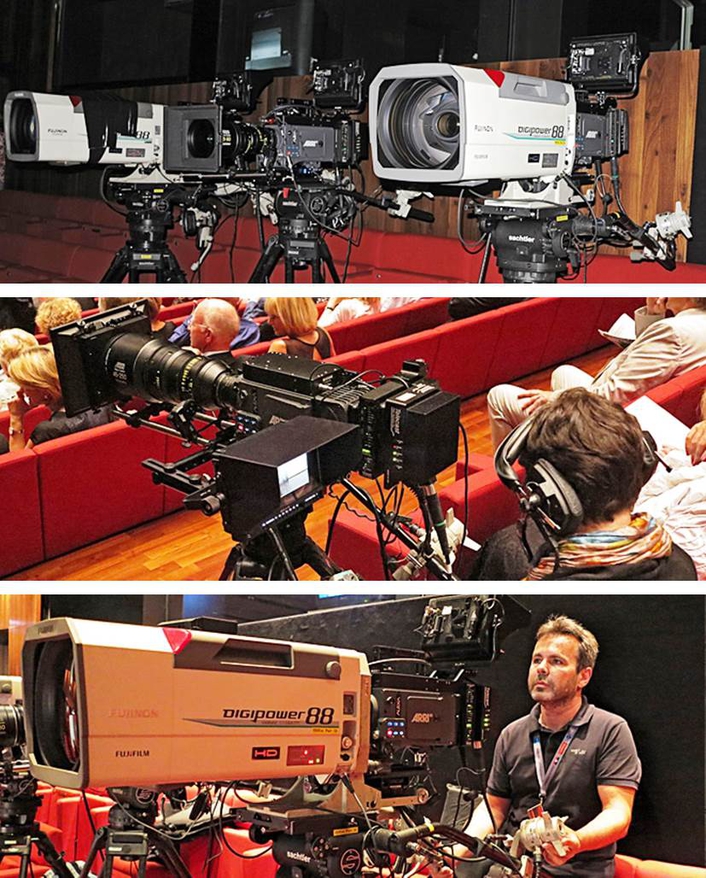 How did the ALEXA 'look' benefit this particular production?
This opera was an ideal showcase for a large sensor camera like ALEXA because it suited quite a cinematic look. Obviously it would be less appropriate for sports events, which we often cover as well, but for the drama of an opera like this it was perfect. In particular, the contrast range of the ALEXA Fiber Remote Option was much wider than we're used to, which worked really well with the stage lighting design of THE MERCHANT OF VENICE. It allowed us to capture the full lighting range and the picture just looked a lot better.

Where were the cameras positioned and could they move during the performance?
All six ALEXA cameras remained static because it was not permitted to be on stage or to move the cameras during the performance. However, we had good positions that allowed us to get fantastic coverage, with one camera directly by the stage on the left side, two cameras in the middle of the stalls and three cameras at the back.

What kinds of lenses were you using?
We used a combination of different lenses. ARRI provided us with cine-style ARRI/FUJINON Alura Studio Zoom lenses (45-250s and 18-80s) -- along with the 2x and 1.4 Alura Extenders -- for four of the ALEXA cameras, while the other two used IBE HDx35 lens adapters to accommodate TPC's own Fujinon DIGI POWER 88 stabilized telephoto zooms, which are a fairly standard lens in the world of live event broadcasting. 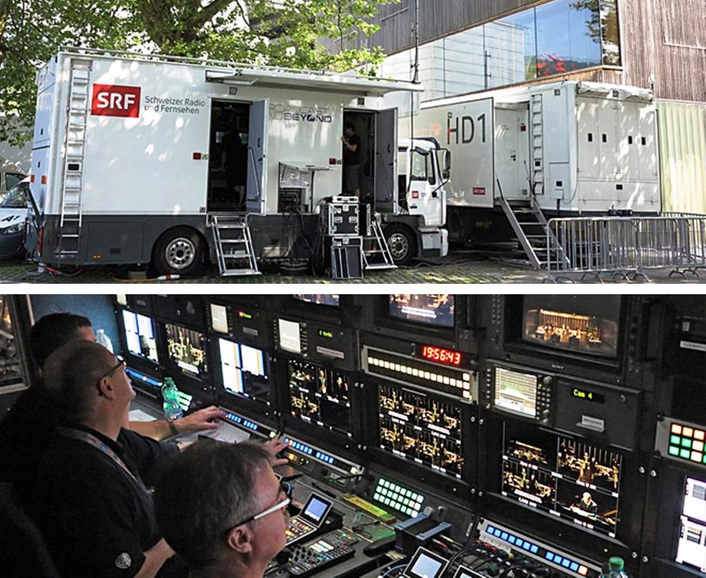 Where were the cameras controlled from?
We have a broadcasting van from which we coordinate our live productions. The ALEXA cameras were connected to the van via the Telecast CopperHead adapter, which was fairly simple because we have experience using Telecast systems on previous productions. The technicians in the van told me that it was a great experience and a pleasure to work with the ALEXA Fiber Remote Option, although it was sometimes challenging for the operators because the lenses had to be wide open, due to the fact that the lighting was designed for the stage rather than for the cameras.