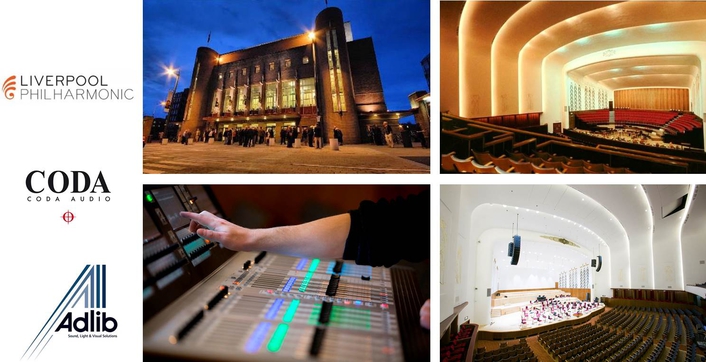 This is the latest project in a string of high profile live music installations by Adlib over the last ten years. Following a competitive tendering process, Adlib’s Installation department was appointed to complete the specification; the supply and installation of a new state-of-the-art sound system.

Adlib’s Installation Director Roger Kirby and MD Andy Dockerty worked closely with Coda Audio UK’s Application Engineer, Edgar Krueger, while the installation and system commissioning was co-ordinated by Adlib’s System Technician George Puttock working alongside Gilbert-Ash Limited, the main contractor for the on-going £13.8 million refurbishment of the venue, which commenced in May 2014 and is set for completion in autumn 2015.

Liverpool Philharmonic Hall presents more than 250 concerts and events annually of every genre – from rock and pop, classical, opera, folk and roots as well as comedy, film, spoken word, conferences and private events.

Roger Kirby, stated “’Multi-functional’ had to be right at the essence of any new system design for Liverpool Philharmonic Hall. Flexibility was also crucial, together with the provision of top quality audio with an infrastructure capable of dovetailing with current touring sound rigs.

“Coda’s ViRAY ticked all the boxes as a compact 3-way symmetrical line array module specifically designed for applications like this that need extremely good and solid sound with outstanding intelligibility.

ViRAY is impressively coherent, has a high output and looks elegant, which is essential in a building like Liverpool Philharmonic Hall with its beautiful, original art deco style architectural features.” 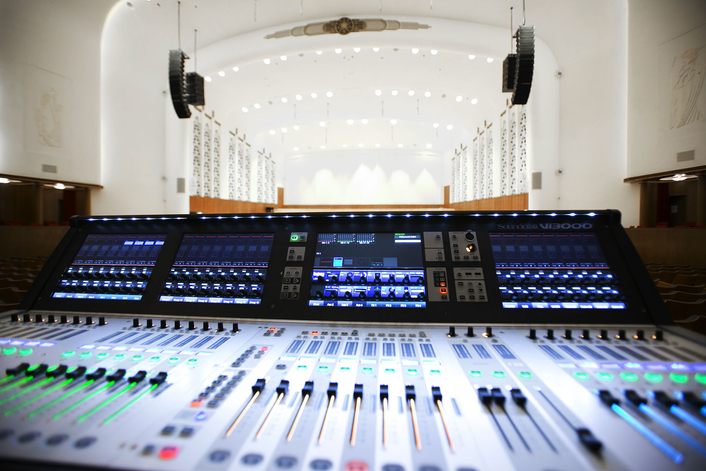 Liverpool Philharmonic’s technical team have been trained on the new sound system, and were supported by Adlib’s systems engineers for the first run of events when the venue reopened on 13 November 2014, mid-way through its refurbishment programme. Up to 31 December 2014, audiences topping 60,000 had been welcomed.

A series of high profile artists have also enjoyed the benefits of the new sound system including Graham Norton, Imelda May, John Grant, David Gray, Dave Gorman, Nils Lofgren, Jacqui Dankworth, and many more. They and anyone else playing Liverpool Philharmonic Hall can now do so using the venue’s own sound rig without any augmentation.

Richard Curtis, Liverpool Philharmonic’s Acting Technical Manager commented, “Once appointed for this project, Adlib’s Andy Dockerty, Roger Kirby and George Puttock worked swiftly, and the installation was completed within a  tight window in our major refurbishment programme. With continuing good service and attention to detail from the Adlib team, we are  learning the many advantages of the new system.“Visiting engineers and our audiences have commented positively about the quality of the new sound, and smaller system components onstage have eradicated sightline issues whilst still providing an excellent sonic experience for our audiences.

“I look forward to our continuing relationship with Adlib in supporting Liverpool Philharmonic’s aim to provide excellent show production for our musicians, clients and audiences alike.” 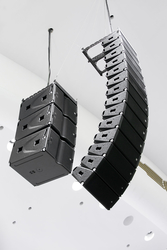 Three Coda SCP subs (with dual 18 inch drivers) are ground-stacked each side of the stage and sensor controlled for improved accuracy.

The package included a series of 4 x Coda TiRAY full range front-fills which can be deployed across the stage lip to cover the front row of the stalls due to the curvature of the stage.

Eight Coda G308s are also an integral part of the installation used as choir-fill monitors, located just upstage of the pros arch, and used to deliver audio coverage to the stage and the upstage choir stalls.

All the ViRAY elements are powered by 14 x Coda Linus 10 DSP amps – a dual channel networkable amp with DSP comparator offering sensor control and delivering 10kW of clean power in a lightweight 19” 2U package. 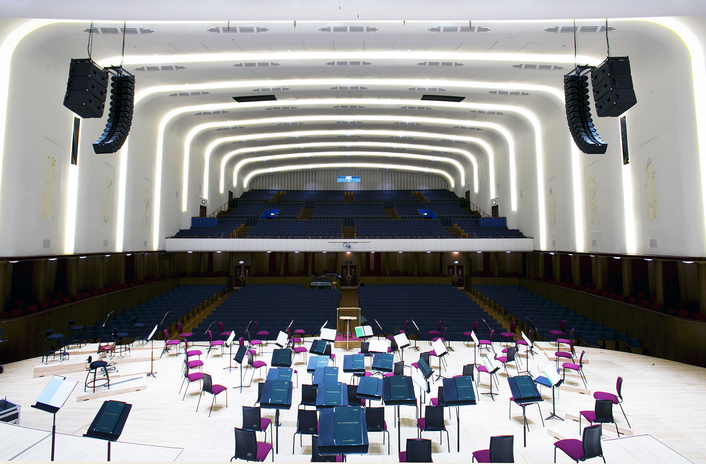 A dedicated returns multicore is used to connect the FOH console to the Linus 10 amp racks at side stage, and additional signal processing and control for day-to-day peripherals is managed by BSS Soundweb BLU160 processors. This was picked for its flexible switching and its routing of balanced signals for the SCP subs, in-fills and choir-fill speakers.

Adlib specified a Soundcraft Vi3000 console as the FOH desk. This was chosen for its multiple features, proven quality and renowned reliability. 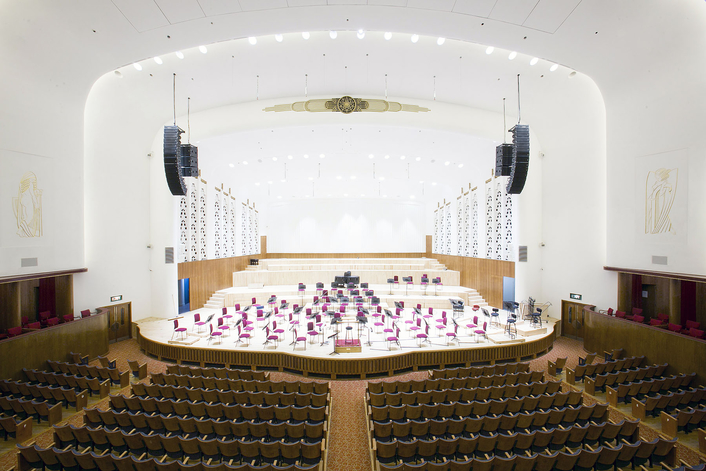 With the four touchscreens, the Vi3000 is the only console of its class that can be programmed and used simultaneously by two or more engineers.

As part of the full sound package, Adlib also provided on-site training for the Philharmonic house crew, who started with learning the fundamentals and philosophies of the system so they can optimise the new equipment, including Adlib’s patch and tie-line systems and the ViRAY.

Additional instruction was given on rigging and speaker system operation and maintenance.

Adlib gets Riotous in Tour with Kaiser Chiefs
Sennheiser Provides Flawl...pport at Jingle Bell Ball
Sex and Love for Adlib with Enrique