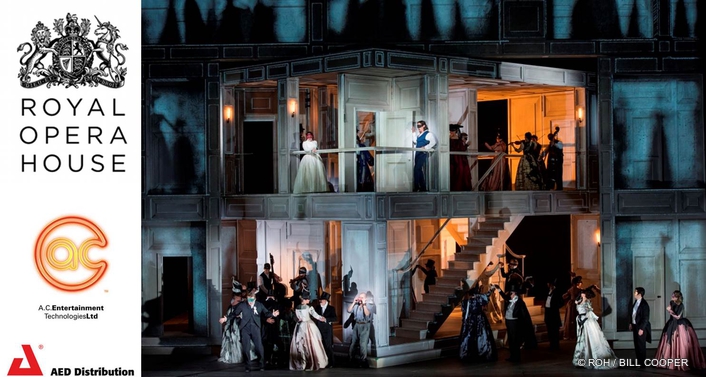 AC-ET’s Senior Technical Sales Executive, Ben Taylor, was invited by Gareth Shelton, Deputy Manager of the ROH’s Sound & Broadcast Department, to demo the Hog 4 in-situ to the venue’s technical team. Gareth comments: “Our department looks after all aspects of video projection on main stage shows. Specifically, we use our console for video projection programming with our media servers, so it was really important to ensure that the upgrade would provide a more powerful console capable of satisfying the venue’s increasingly ambitious production needs on shows.”

Taylor adds, “I went in and showed them how easy it was to take the old show files from their existing Wholehog III, which they had been using for the past decade, put them onto the Hog 4, and then bring in the new software features like Kinds and CITP, into those old shows. This was beautifully demonstrated via the current show they were running on their Wholehog III, and within five minutes they had the whole show up and running on the Hog 4, with the media file thumbnails imported from their Catalyst media server.”

High End Systems’ Hog 4, which continues on from the award-winning Wholehog III platform, provides state of the art hardware combined with a tried and tested backbone. The console embraces the latest technology, while retaining the Hog’s familiar control surface. In addition, the console is fully compatible with Wholehog III shows and hardware. “As we have so many shows already programmed on the Hog 3 from the past 10 years, it made sense to stay with the same platform,” says Shelton. “When previous productions come back, the rehearsal schedule often doesn’t allow for long periods of re-programming. The ability to take a Hog 3 show, load it straight into the Hog 4 and then have it working in a matter of minutes, is a big bonus. Also, it’s fantastic being able to utilize our programming knowledge from the Hog 3, without needing to learn new skills.” 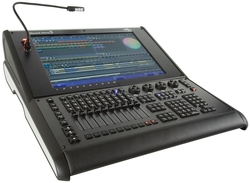 Gareth and his team debuted their new Hog 4 during the ROH’s recent production of Mozart’s Don Giovanni, utilizing the console in conjunction with d3 Technologies’ d3 media server. The Hog 4 controlled playback cues and also DMX position control of moving elements in the 3D Don Giovanni model, to match the actual set. The console will be used for programming on all upcoming productions using Catalyst or d3 media servers. “We’re incredibly impressed with the Hog 4’s speed of backups, and the ease and speed of software upgrades. In addition, the improved touch screens over the Hog 3, and the fact it has built-in DP with Fixture Net output direct from console,” says Gareth.

“The Hog 4’s thumbnail feature is very useful in conjunction with our Catalyst media server. It makes programming shows with a lot of files easier. The larger touch screens help, especially with shows with a big number of fixtures, and the new centre touchscreen makes some programming quicker by being able to put palettes closer to the physical keys.”

This project fits perfectly in the aim of AC-ET and its partner AED Distribution, European Master Distributor for High End Systems, to promote and engage with lighting and visual Professionals to continue building the awareness and confidence in the new HOG4 platform.

Martin Lighting is a Fixt...rmances at London’s ROH
The state of the Art in O...pera House Communications
Giving Classical Opera Another Dimension