Aalto Theatre Up and Running in Record Time 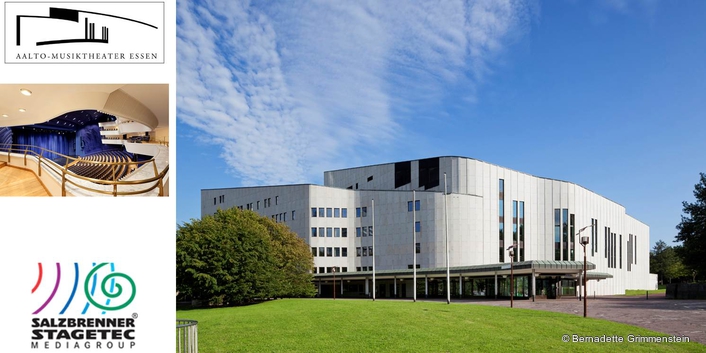 Aalto Theatre Essen: Designed in 1959 by the Finnish architect Hugo Alvar Henrik Aalto
The Aalto Theatre in Essen just upgraded to Salzbrenner Stagetec Mediagroup’s latest audio technology. The opera house decided that the Mediagroup’s contracting branch replace the entire sound system on behalf of the theatre construction society tbe. Quite a few STAGETEC products, like the AURUS® console, several NEXUS® Base Devices and the NEXUS® STAR router, were installed in the recording studio, on the main stage and in the hall to ensure perfect communication between orchestra, sound engineer and conductor.

Only hours after the last performance before the summer break, the Salzbrenner Stagetec Audio Video Mediensysteme GmbH crew started to replace the theatre’s sound system in collaboration with the Sound and Video Department of the Aalto Theatre. The team had indeed barely six weeks to replace all existing systems on the main stage, in the hall and in the recording studio with the adjacent orchestral rehearsal room. Design, planning and implementation were a close cooperation of the Salzbrenner Stagetec Mediagroup and the Head of the Sound and Video Department, Axel Vent. Apart from the tight time schedule, the request to adapt the new gear to work with system components from the 1970s was an additional challenge. 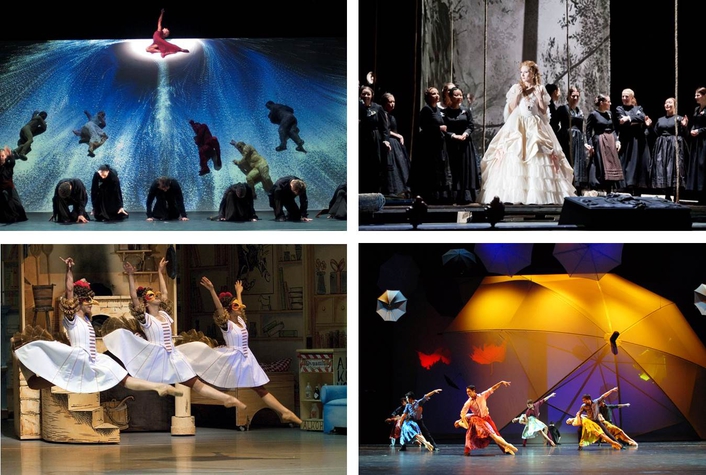 One-stop shop: design, planning, engineering and test-running
“The success of this project hinged on thorough planning and minute preparations well ahead of our actual presence on site,” says Detlef Werner, project manager at Salzbrenner Stagetec Audio Video Mediensysteme GmbH. The contractor had been asked to draw up all plans, supply production drawings, bills of materials for the audio processing and transmission devices, and to supply and install audio, video and data gear, complete with rack cabinets and junction boxes. All new system components were engineered, configured and tested in Buttenheim and Essen.

Timely delivery despite a tight schedule
Given the daunting scope of this project and its tight schedule, it was clear that all parties involved had to work together closely to finish in time. The Buttenheim-based contracting division dispatched an average of six workers to the site to take care of setting up the systems. The sound engineers of the Aalto Theatre decided to devote part of their holiday to this project to be able to answer questions, and helped with the renovation of the control room. All in all, the Essen-based company Elektro Decker GmbH installed over 50km of system cables.

After gutting the entire control area, the contractor’s crew replaced old frames with new rack cabinets, reinstalled devices which were still usable and added new audio, data and video kits. Among them were three STAGETEC AURUS® consoles—one each for the recording studio, the FOH system and the audio control room. 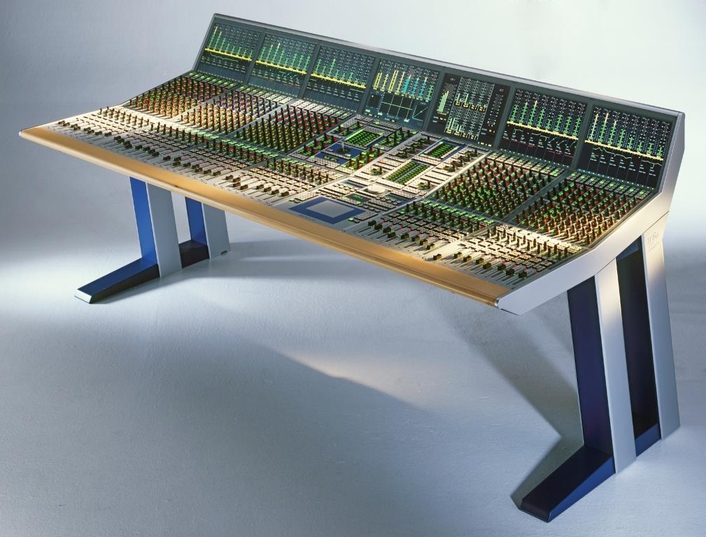 Furthermore, STAGETEC NEXUS® digital routing system was also put into place, consisting of several custom-configured Base Devices, four of which can also be used for mobile applications, as well as an STAGETEC ON AIR 24® console for complex monitoring mixes throughout the theatre. Even remotecontrolling the new AURUS® consoles for rehearsals and preparations is possible via iPads and WiFi-connected devices.

By the time the curtain went up for the first performance of the new season 2/2014, all devices were up and running. The sound and video department is reportedly delighted with the cutting-edge and versatile audio transmission and processing system.