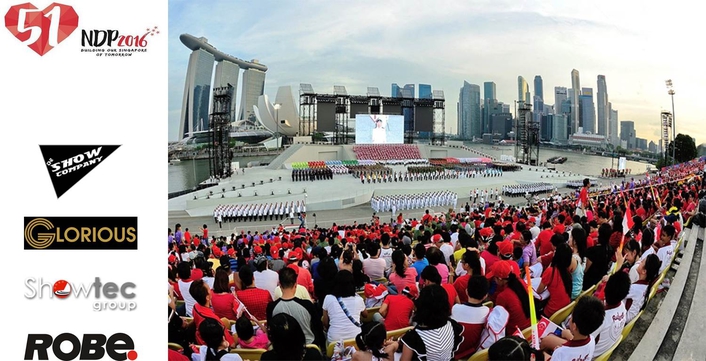 The event was staged at the new National Stadium

LD Mac Chan was part of the team led by creative director Beatrice Chia who made every Singaporean burst with pride on their 2016 National Day Parade (NDP) and this year, for the first time, the event was staged at the new National Stadium. With a live audience of 50,000, a TV audience of around 5 million plus a few more million tuning in to the live internet stream … there was plenty of pressure on everyone to deliver.

Mac needed to fill the vast space of the National Stadium with light and chose 500 of Robe’s powerful and versatile BMFL luminaires as the main moving lights – 400 BMFL Blades and 100 BMFL Spots - all rigged on trusses flown in the stadium roof and supplied by leading Singapore rental company, Showtec Communications Pte. Ltd.

The theme of this year’s NDP looked forward to the future and the next 50 years of Singapore – having just celebrated the foundation and the first 50 years in 2015. The 6 Act plus finale show lasted around 50 minutes and featured a narrative journey from some of Singapore’s ancient historic myths to the establishment of the island state, its development and success as a gleaming modern society that’s now building for a big future.

The giant stage resembled a giant swatch watch which took up nearly the entire field of play, and one of this year’s special effects was real-time video motion-tracking – delivered by a team from Montreal based creative video specialists VYV -  of projections onto a set piece of the Singapore skyline flying across the stadium. 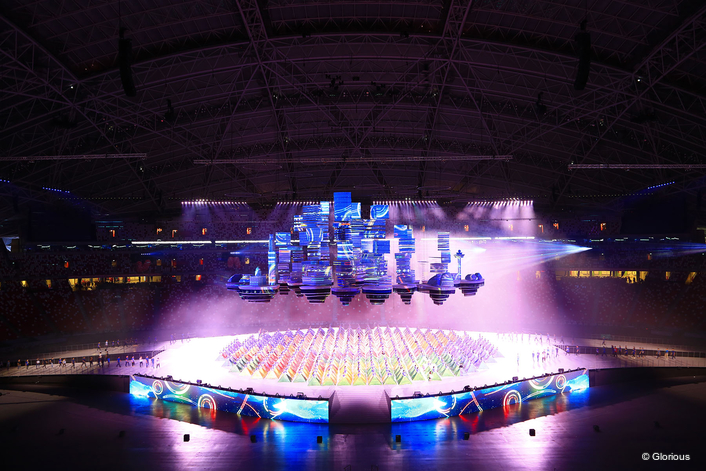 This is the fifth NDP that Mac has lit, the last being in 2012. He additionally had the experience of lighting the 2015 South East Asia Games’ Opening and Closing Ceremonies in the same venue, so he knew exactly what was needed to light large spectacular events there, and this one in particular.

A major challenge was the trim heights of between 37 and 39 metres from the overhead trusses to the Field of Play (FOP) below.

In addition to this prior-knowledge of the Stadium, his role as LD is always to underline and accentuate the unfolding story, so flexibility is a key which also informed his choice of lighting fixtures.

He needed the power of the BMFLs to make an impact in the space and the adaptability of these truly multi-purpose fixtures to provide a full range of effects.

The BMFL Blades were rigged on three layers of trussing running along the stadium roof, both sides of the FOP, with the 100 x BMFL Spots located on four trusses, two at each end of the stadium roof. 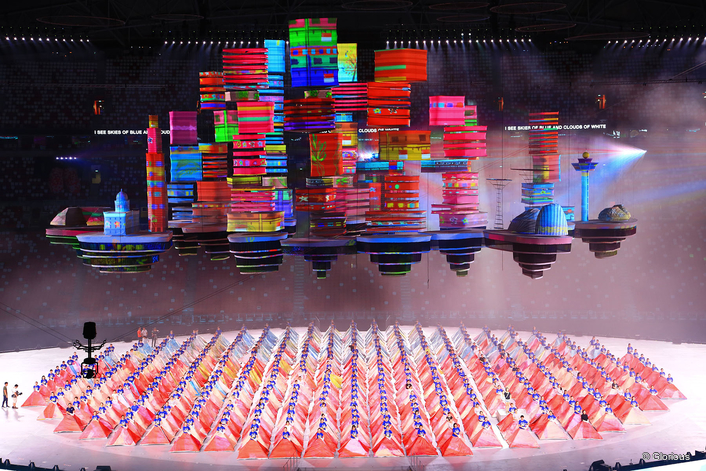 The BMFL Spots on the four end-trusses mainly illuminated the stage area, which featured most of the acting, story-telling and ceremonial action played out by a cast of several thousand.

Mac used the BMFL Blades to provide three essential elements - key lighting of the whole floor area, all the base stage washes and then all the texturing and other treatments required for the stage and the cast as they performed using the whole space.

Mac’s first major use of Robe lights had been last year’s SEA Games, when he was confident enough to use 460 fixtures in a seriously high profile scenario!

He now thinks BMFLs are “Great fixtures to work with” and remarks that Showtec’s BMFL stock is working well and reliably after being in constant use over the last year.

Mac loves lighting NDP events because “they always unite a really imaginative and lateral-thinking creative team who are great fun to work and spend time with”. 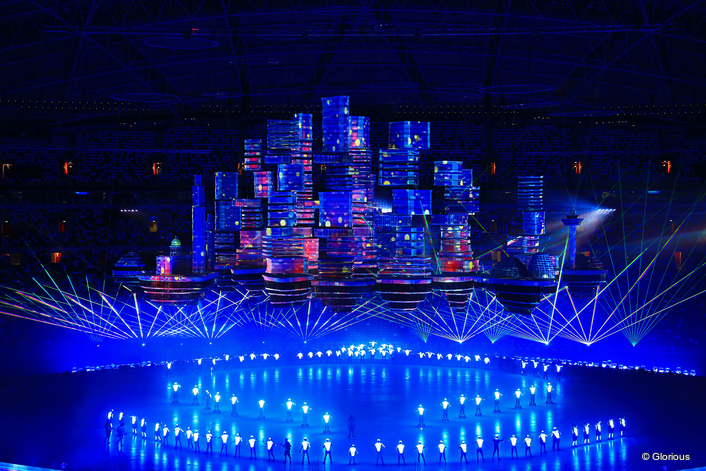 Joining Mac at FOH this year was his own talented team – Associate LD Michael Chan and co-programmer Javier Tan. They undertook a lot of 3D pre-vis using Light Converse this year, which really saved time in preparing the show, enabling them to work more efficiently on site and not have to do any crazy overnight programming sessions!

Lasers for the event were also delivered by Showtec, spectacular pyro was designed and supplied by Glorious and the audio company was Showco. 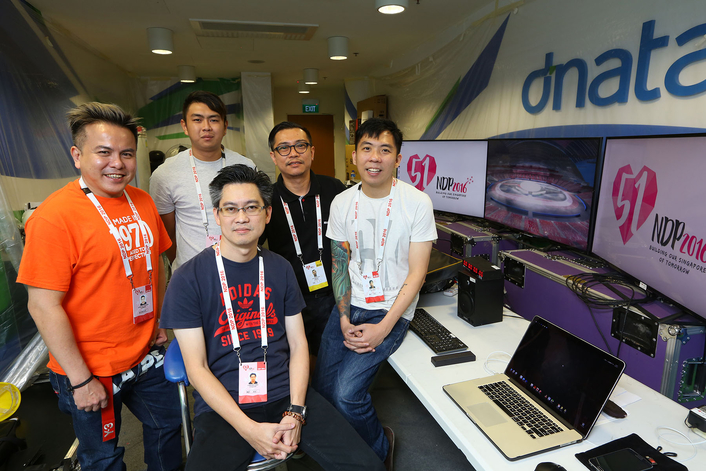 The NDP 2016 was another big success for Singapore that highlighted the natural synergies between the creative and technical teams who worked so fluidly across all the disciplines – video, audio, rigging, flying, lasers and pyro, choreography, costumes and direction  - to deliver another world class show.