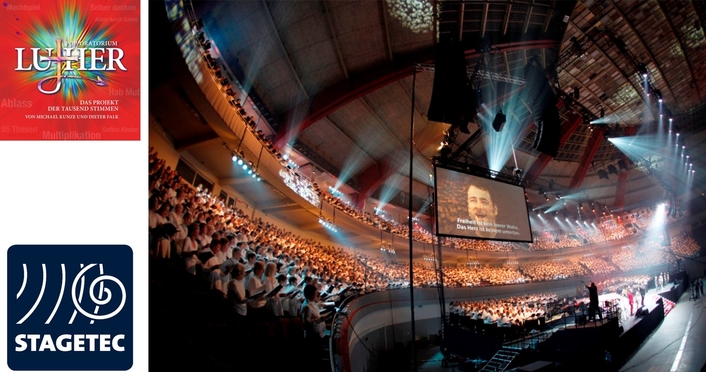 Celebrating the 500th anniversary of the Reformation, a spectacular show performed at 12 different venues in Germany, thrilling a total audience of more than 130,000. The biggest anniversary music event was a sold-out performance on 29th October in Berlin’s Mercedes-Benz-Arena with more than 11,000 spectators and a choir 4,000 strong. German public TV channel ZDF broadcast the recording of the Pop-Oratorio Luther on Reformation Day, 31st October.

Berlin manufacturer Stage Tec was a sponsor, as was the case throughout the entire tour, providing three mixing consoles with fully equipped DSP and a distributed audio network with 11 Base Devices. “For us the sponsorship was an opportunity which—much like  commercial musicals and theatre performances—allowed us to play to the strengths of our equipment”, noted Alexander Nemes, Head of Sales at Stage Tec. “And that under difficult conditions because this project was anything but ordinary.” 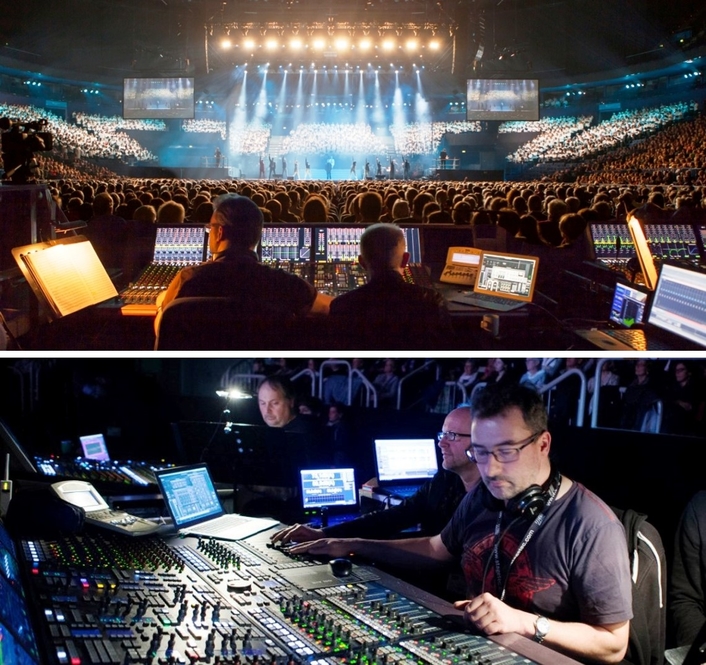 One of the challenges was the tour’s extremely tight set-up schedule. As a rule, only one-and-a-half days were available for setting up equipment, sound checks and rehearsals. Six-and-a-half trailers worth of material for the stage, lighting and public address system had to be set up. On top of this came the idiosyncrasies of each venue, which were usually large covered stadiums. Then there was the spectacular element of the musical to consider: a choir of up to 3,000 singers newly formed from local amateur choirs at each venue.

Spectacular finale for the Pop-Oratorio Luther in Berlin

However, Stage Tec took the tight schedule in its stride. The NEXUS audio network with up to 11 Base Devices connected via fibre-optic cables is quick and easy to set up. The two FOH consoles were also connected without a hitch. A 32-fader AURUS platinum mixed all the music, meaning the choir, orchestra, effects and the band. The second FOH AURUS platinum with 16 faders mixed the soloists exclusively. This division of labour, although very unusual for musicals, worked well due to the tight schedule, which did not allow for the creation of snapshots. Most mixing was done live, making each performance something of a premiere. The choir monitor mix was accomplished on the third desk, Stage Tec’s compact 16-fader AURATUS. 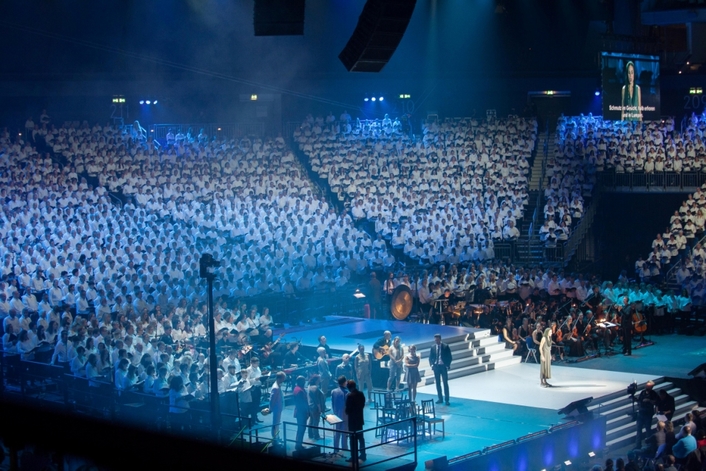 Spectacular finale for the Pop-Oratorio Luther in Berlin

“I was thrilled when Stage Tec accepted, and not just because of the project’s monumental scope but also because having their equipment substantially enhanced the quality of the entire event”, recalls Carsten Kümmel, the project's leading sound engineer. “Arrangements in the choir varied considerably depending on the hall, and the 11 NEXUS Base Devices with their easy to use cabling enabled us to respond flexibly and save time. The connectivity with other devices, achieved with up to 16 MADI connections in this production, was so far removed from any standard situation that it would have only been achievable with other products by compromising severely or investing massive effort. The AURUS desks came equipped with more than enough DSP power to handle the massive number of inputs and outputs without us getting lost in the dizzying number of cross points and mixing channels. Besides all the technical details, I really want to thank the entire team at Stage Tec for the excellent support they provided as well as their warmth and friendship during this exciting project.” 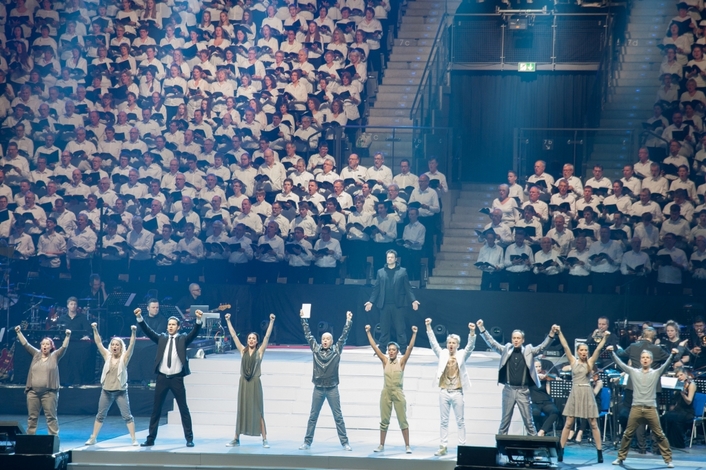 Soloists of the Pop-Oratorio Luther

Featuring 4,000 singers, the choir at the finale in Berlin was the largest of the entire tour. Nearly 60 microphones in the choir and 76 mixing channels were needed to record their voices, which in turn necessitated a larger mixing console, an AURUS platinum with 48 faders.