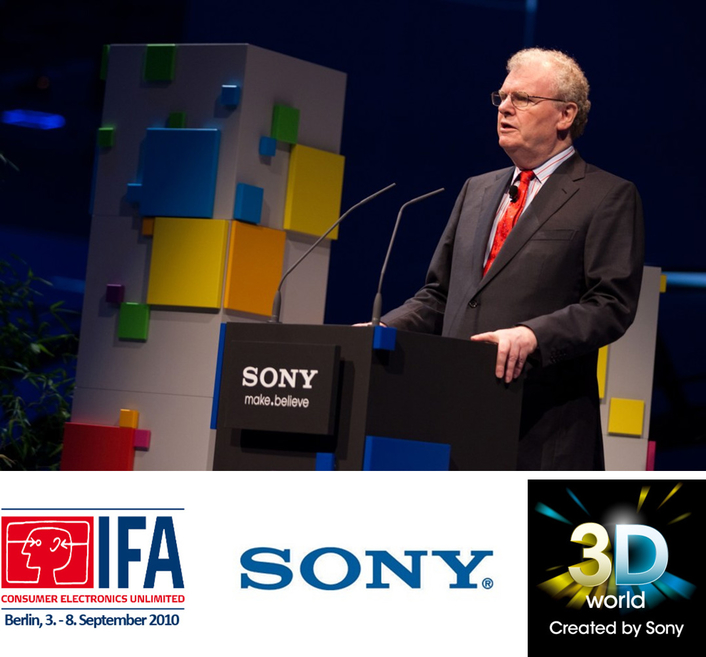 Sir Howard Stringer, CEO Sony Corporation, introduces World Premiere of "Lang Lang – The Third Dimension” in 3D
“The 3D train is moving forward, speedily and steadily, like China’s Harmony Express. And Sony clearly has the strongest engine in this 3D express.” Sir Howard Stringer, CEO Sony Corporation, said enthusiastically at the press conference of Sony Europe at IFA 2010. As Sony is aggressively blazing the trail in every part of the 3D universe, its hour-long press conference was held entirely in 3D.

An enormous 280-inch LED 3D screen displayed an exciting and varied line-up of 3D entertainment. Movies, the highlights of the 2010 FIFA World Cup™, the thrilling finale of 2010 Masters Golf Tournament, stereoscopic 3D games and a recital by Sony Music Entertainment artist ,and Sony’s brand ambassador, Lang Lang. His live performance on stage was also filmed and displayed in 3D. 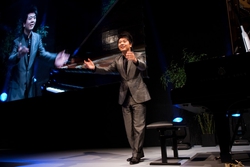 “Lang Lang – The Third Dimension” features music clips by Beethoven, Prokofiev, Albeniz and Chopin, and was filmed in multiple angles with using Sony’s leading 3D technology, which was also used for the production of the Academy Award winning blockbuster “Avatar”. The 3D film will be made available on the new “Lang Lang live in Vienna” Blu-Ray Disc, slated for international launch on September 25th. Being one of 2010's most keenly anticipated releases, this recital is also available in standard CD and DVD formats.

Commenting on his debut in 3D, Lang Lang said, "I am totally excited to be at the forefront of introducing 3D technology to consumers’ living-rooms worldwide. This technical innovation opens up a new dimension to all music lovers. With musical performances captured in 3D, the musical experience becomes even more intense and emotional. I am very happy to have a strong partner in Sony who shares my vision." 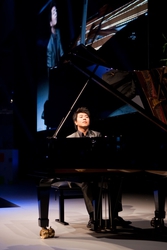 "Lang Lang is a driving force in bringing classical music to a much larger audience than we have today. His keen personal interest in the most recent technological innovations in consumer electronics and entertainment, in tandem with his global audience, make him the perfect Brand Ambassador for Sony worldwide”, said Sir Howard Stringer, Chairman, CEO and President of Sony Corporation.

Lang Lang recently signed an exclusive long-term recording contract with Sony Classical, and he is also Sony’s global Brand Ambassador for Sony Corporation. Through the unique synergies of its music, entertainment and electronics divisions, Sony is committed to marry the highest artistic standards with the optimum visual definition and sound quality of its industry leading technology. “Lang Lang – The Third Dimension” is the first of many collaborations between this adventurous young musician and his constantly innovating partner.

Sony is a leading global innovator of audio, video, communications and information technology products for both the consumer and professional markets. Sony is renowned for its audio-visual products, such as the BRAVIA™ LCD high-definition television, Cyber-shot™ digital camera, Handycam® camcorder, “α” (pronounced Alpha) digital SLR camera, and Walkman® MP3 player as well as its VAIO™ personal computers and high-definition (HD) professional broadcast equipment, highlighted by the XDCAM® HD. Offering a complete end-to-end HD value chain and with its electronics, music, pictures, game and online businesses, Sony is one of the world’s leading digital entertainment brands, employing approximately 170,000 people worldwide.

Through its long-term football partnerships as an official sponsor of the UEFA Champions League until 2012, Official FIFA Partner until 2014 and global sponsor of the FIFA World Cup™ in 2010 and 2014, Sony is inspiring a sense of excitement for the millions of football fans around the world.