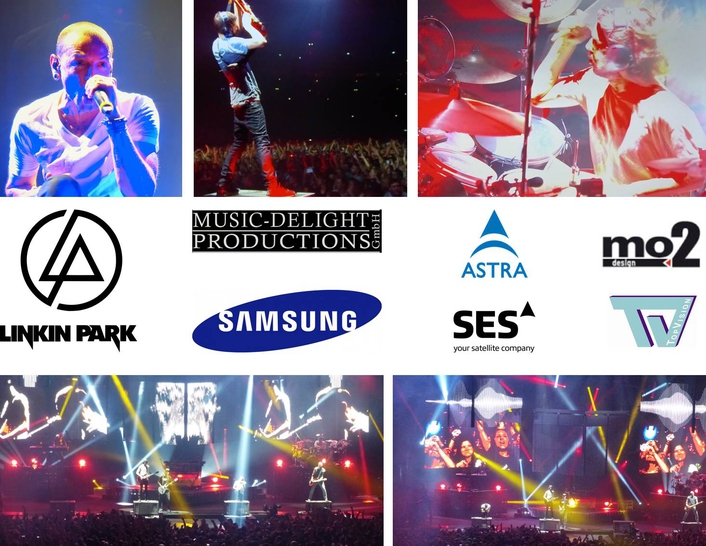 The successful broadcast of a live concert marks another milestone in the development of the UltraHD ecosystem
Samsung had teamed up with SES to transmit the concert of US rock band Linkin Park from the O2 World arena in Berlin on November 19 live in UltraHD on Astra 19.2 East. The worlds first 4K live production with 12 cameras was carried out by Music-Delight Productions with the support of mo2 and TopVision.

The sold-out concert was transmitted with a data rate of 35Mbps. DTH satellite households with Samsung UltraHD TV sets from 2014 were able to receive the concert live through the integrated DVB-S2 digital receiver and H.265/HEVC decoder. About 20 different models are currently available at retailers. Samsug UltraHD TV sets from 2013 could be upgraded through the UltraHD Evolution Kit.

So far 4K tests have mainly involved broadcasters filming live sporting events. Sky, Sony and the BBC have all shot Premier League football games, Wimbledon finals and more recently the 2014 World Cup in Ultra HD. Also the MUSE gig at the olympic stadium in Rome was recorded in 4K and finally released on BlueRay disk. Therefore the 12 camera 4k production of the six-piece band, fronted by the heavily-inked Chester Bennington, and the live transmission in UltraHD to  nearly 100 thousand UltraHD set within the beam of Astra 19.2 East was the next logical step towards a UltraHD infrastucture - and it was carried out perfectly. 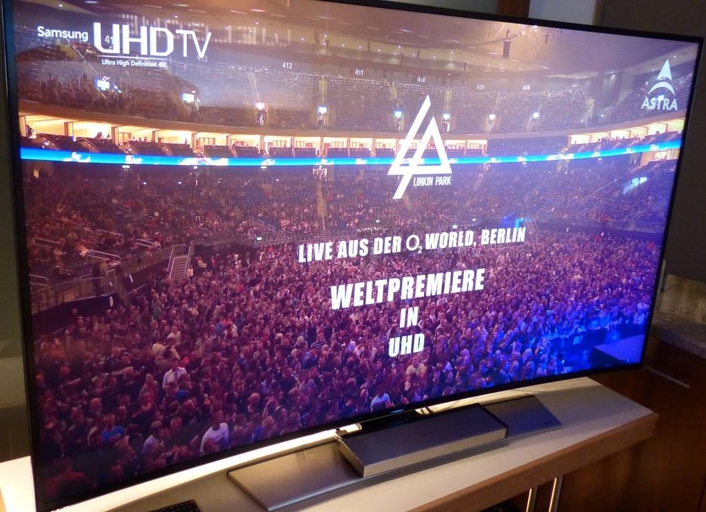 We are currently bringing together all the details of the 12 camera UltraHD production. Watch this space and get all the background of the production including the camera plan. In the meantime please find following links to the 4K productions "War Horse" and "MUSE at Rome Olympic Stadium".

The Closest You Can Get To Real Life Now Is Live
National Theatre Live to ...oadcast
4K Live Productions at Maracana Stadium