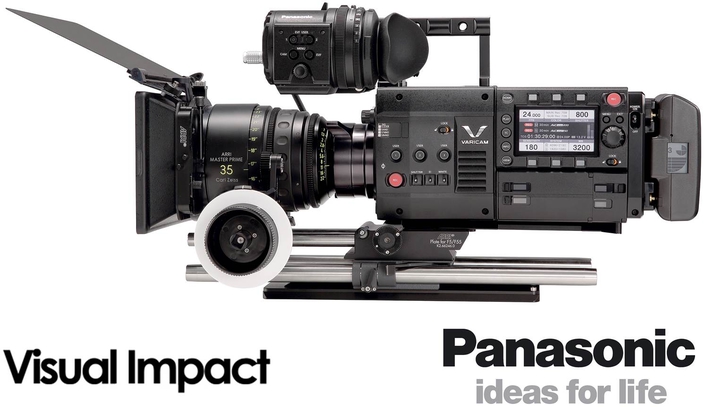 The Panasonic VariCam 35 has been chosen for a major new TV drama, set to be screened in the Autumn
Visual Impact has ordered six of the modular 4K cameras, with four sold to leading rental company 24-7 Drama and the remaining two available for immediate supply. “This is a great 4K camera from Panasonic and offers our customers a true alternative to the current large sensor cameras we stock,“ said Tim Sparrock Director of Visual Impact.

The units bound for 24-7 Drama will be used on a major new TV drama which will be screened in the autumn. The specific look and 4K workflow of the VariCam 35 made it an ideal choice for this drama.

“We worked very closely with Panasonic to ensure the client achieved the results they were looking for,” said Graham Hawkins MD of 24-7 Drama, “along with the cameras we will be supplying a large range of lenses and ARRIFLEX accessories.” Panasonic UK Group Manager, Nigel Wilkes, said, “This is a really significant deal for Panasonic in the UK. It’s no surprise that the first major production win has come in drama. The dual native ISO makes the VariCam 35 perfect for the genre and it opens up shots and locations previously unobtainable.”

“Most productions are aware that post-production starts on the film set during shooting. The fact that the VariCam allows you to record simultaneously in multiple formats and start initialising the image look in-camera can make the post production process significantly easier.”

About Visual Impact:
The Visual Impact group sell, hire and service professional audio and video equipment specialising in the broadcast production market. With its International sales, support, specialist dry hire and drama rental businesses Visual Impact is uniquely positioned to be Europe’s leading Dealership. Established in 1987 the Visual Impact Group employs 130 people who are based out of 24 offices in 9 countries covering UK, Europe and South Africa. Clients include some of the major broadcasters, production companies, freelancers and corporate blue chip companies around the world. Both the sales and service departments are accredited by all the major manufactures including ARRI, Sony, Panasonic, Canon, Fujinon, Vinten and Sachtler.