Video Another Dimension with Presteigne Charter 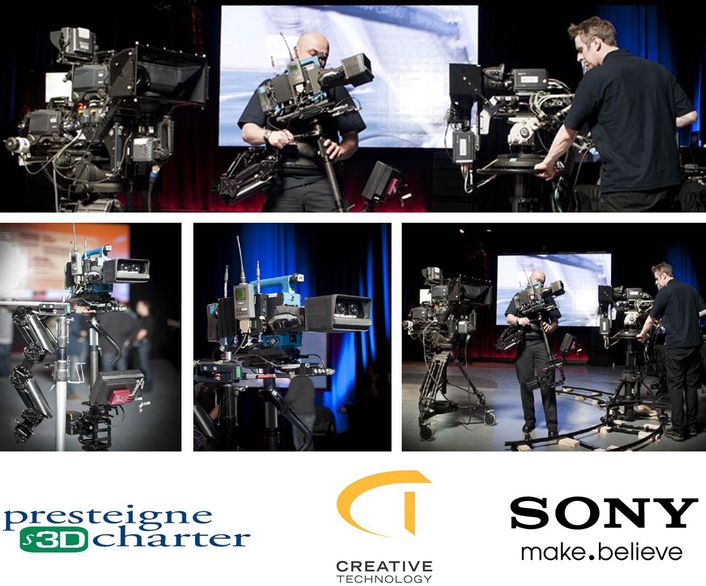 Video Another Dimension in Germany on 19th and 20th May
A joint production with our sister company Creative Technology, and our partners at Sony provided a unique opportunity to learn more about the technology and processes involved in creating 3D content in the broadcast and production markets.

Showcasing a variety of applications and products specialising in 3D production, and with higher than expected attendance and level of interest of all who came, demonstrated the impact that 3D is having within the industry.

The event was dedicated to introducing 3D, not only as a concept, but as a way of creativity, with the content shown, demonstrated the talents of Presteigne Charter at some of the finest events around the world.

One of the most interesting features of Video Another Dimension was Presteigne Charter’s ability to offer solutions to live 3D production through the installations of our Sony HDC-1500 and HDC-P1 camera channels, managed by our Sony MPE-200 Image Processor. The Sony MPE-200 simplified the 3D shooting workflow and allowed stereographers to control and correct lens differences automatically,which provided a comfortable, reliable high quality 3D images.

At the heart of the control area, was our Sony MVE-8000 series switcher. The switcher was used to cut simultaneous left and right feeds from three live 3D camera positions, together with 3D playback and 2D/3D conversion. The switcher output was fed to a Sony LMD-4251TD 3D LCD monitor.

Video Another Dimension demonstrated Sony’s and Presteigne Charters commitment to developing and creating 3D content to the broadcast industry. With even more events being produced in 3D, Presteigne Charter is well placed to offer solutions to your 3D production needs.

Video Another Dimension in Germany

Register for Another Dimension