University of Alabama Presents Live Performance in Another Dimension 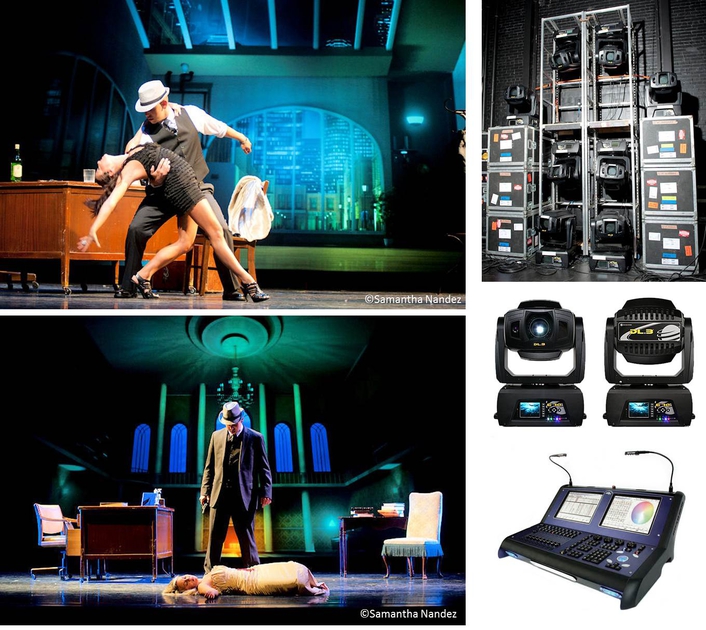 DL.3s Deliver 3D for The Realm
“The Realm” has certainly caught the eyes - behind polarized glasses - of audiences who experienced its April 20 debut at the University of Alabama. Dept. of Theatre and Dance faculty member John Virciglio created The Realm, a theatrical dance performance using stereoscopic 3D to create a virtual environment for live performers in real time. The 3-D elements came from 12 High End Systems DL.3 digital lighting fixtures, controlled with a Road Hog Full Boar. Mainlight Industries supplied The Realm with the DL.3 fixtures. 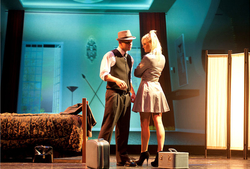 “Merging stereoscopic 3D with live performance/dance created a new sense of immersion for the audience,” says Virciglio. "The entire show allowed us a more cinematic approach to live theatre. We used the DL.3s to create depth perception for as far as possible.” Besides the obvious 3D view through the lenses, Virciglio was free to add more to the virtual set. For example, trees could blow far off in the distance, a leaf could flutter, and other elements of the “virtual set” looked alive.

Using virtual sets eliminates the need for building physical props, thus reducing his budget. By using DL.3s with the built-in media server, there was no need for a separate server system having to synch up amongst many fixtures, he says. DL.3s solved other challenges as well. Normal 3D technology was too pricey for purchase or rental, and needed a projection throw distance larger than would fit into the small Morgan Auditorium. 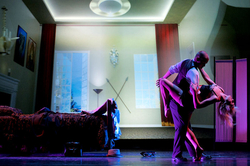 “DL.3 turned into a turnkey solution. We’re doing video and lighting and with no loss of time. It’s a great fit from the theatrical side of this. The Collage(TM) software in the DL.3 was exactly what we needed to integrate the 3D visuals into the performance,” Virciglio says.

Of the 12 DL.3s, eight were on the back screen rear projecting to create the full image (for the main screen) and four DL.3s created stereoscopic views on a left and right screen.

A quick description of how they used the DL.3s to create 3D images works like this: Using 8 DL.3 fixtures and dividing them into quadrants (each quadrant having a pair of fixtures: one for the left eye image and one for the right eye image) they were able to obtain the needed screen size. Using the DL.3’s on-board Collage Generator and networking capabilities, a seamless panoramic image was created. It also allowed for a controlled show cuing system.

A Road Hog Full Boar console talked to all the fixtures and took some steps out of the equation, Virciglio says. “It’s been a lifesaver. Full Boar is the way to go.”

(A devastating tornado ripped through Tuscaloosa on April 27, reportedly sparing the University of Alabama campus but incurring damage in the surrounding community. John Virciglio reports he is OK, but many lives were lost and sections of the town are destroyed. High End Systems sends well wishes and concern for all affected.)