.
On Saturday 6th July this year, United undertook the recording of Muse’s concert at the Olympic Stadium in Rome. Following Coldplay and Andrea Bocelli’s concerts in 2012, this year United was asked to record the video and audio for Muse’s concert in a unique manner. A dual workflow was developed for the concert, which on one hand worked in HD 1080 25Psf for Blue Ray, and on the other, recorded a complete 4K programme for a possible cinema release. All this, in the highest quality, with digital film cameras and lenses in a multiple camera situation. United managed to break new ground.

The cameras which brought the concert to screen were sixteen Sony PMW-F55 CineAlta 4K cameras. This combination of cinema and multi-camera recording was a milestone, according to Operational Manager, Bolke Burnaby Lautier. “It’s very special that we have brought the quality of film to a multi-camera recording. This combination of elements has never been done before.”

The scale of the project was also exceptional. “It’s usual to work with six to eight cameras. Here, we worked with sixteen film cameras, with a variety of cinema lenses, including 5 Angenieux 24/290’s, an Elite 120/520 and a number of Optimo 14/52’s. Usually these lenses would be equipped with film zoom/focus controllers, but for this hybrid we converted them so that these film lenses were fitted for ‘video’ zoom/focus demands.” 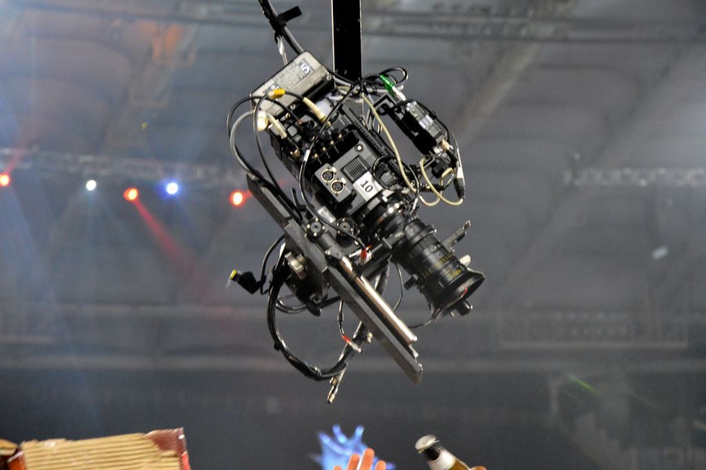 In addition, Fujinon was happy to make its latest lenses available: the 19-90 Cabrio and the 85-300 Cabrio. These lenses enable the zoom and focus function to be used as it is with video. For this, they are set up as a hand-held camera/ lens combination. All of this resulted in a fabulous film-look for the pop concert.

A crane, a Towercam, various hotheads and a Spidercam were used: in the production truck there was full control of all of the cameras, matrix and iris. Also intercom tally and externals where intergraded. The camera operation had the same quality as for recording film, where the cameras could be operated in the same manner as for video. United’s XX-LARGE OB-14 registration truck, two equipment trucks and a trailer were deployed in order to merge all sources and to transport all of the equipment.

All images were recorded in HD and 4K on three terabyte hard drives. Alongside video, 120 lines of multi-track audio were recorded, all redundant. The result of all of this was 4 sets with material, 2 main sets and 2 back-up sets. In other words, an enormous amount of data.

United was asked to handle the project because of the difficult integration of the different aspects of the operation, says Burnaby Lautier. For this huge job, a 44-strong team of engineers, audio technicians, riggers, camera operators, and many others travelled to Rome. 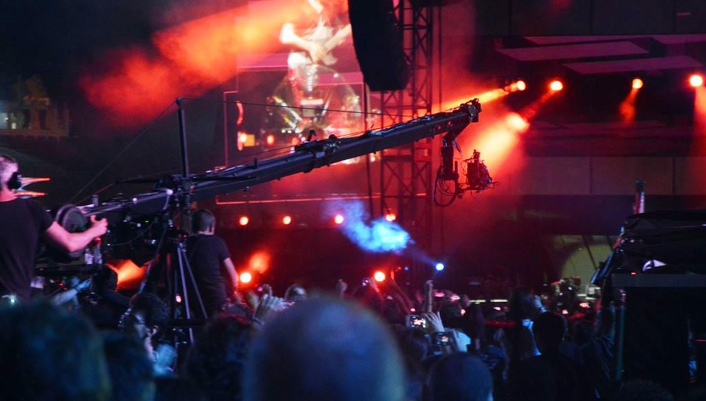 The production of this unusual project was undertaken by British producer Serpent Productions; the direction was in the hands of Matt Askem. This producer and director have an international track-record of recording various large-scale concerts. United is proud to have been entrusted with recording for these world-players.

Says Burnaby Lautier: “The last two month and a half have been crazy. We have filmed Isle of MTV, André Rieu, Toto, Guus Meeuwis, PinkPop, North Sea Jazz, Joe Cocker and Italian MTV awards. To end this summer tour with a special project like this is really the cream on the cake for the whole crew.

Muse
United
Muse in 4K - Behind the scenes