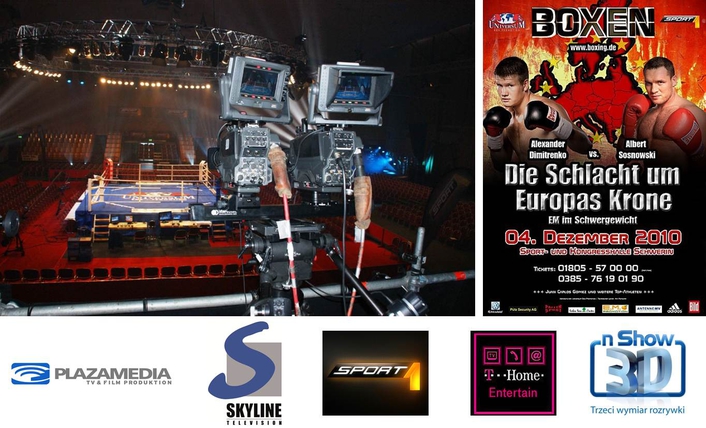 For the first time in Germany a single OBVan has carried out a 2D and a 3D production simultaneously
Plazamedia together with TV Skyline produced the Universum Boxing-Evening on Saturday 4th December at the Sports and Convention Center in Schwerin. The full-service provider for TV and New Media realized the TV signal of the boxing event in 3D, HD and SD. In cooperation with SPORT1, Deutsche Telekom and HD+ the TV signals of the fights were distributed via the T-Entertain platform on channel 311 and via Astra on SPORT1 in 3D. In addition the Polish pay-tv operator TVN started its regular 3D channel “nShow 3D” with this boxing event.

The multiformat OBVan Ü5 from TV Skyline was on location and covered the fights with 20 cameras. The 3D production was carried out with six camera pairs. In addition to the two main camera pairs (Sony HDC-1500’s on side-by-side rigs) for wide and close shots two 3D Polecams with Toshiba IK HD 1 cameras and one Steadicam with two Sony HDC-P1 cameras on a P+S Freestyle mirror rig were in operation. The beauty shots were provided by a newly developed special camera of TV Skyline - the Sports:Cam 3D. The work of five convergence engineers was supported by Sony MPE-200 boxes while the master stereographer supported the director in the production area in the selection of the 3D images offered by the six camera pairs. In the production area a Sony 24” preview and a Sony 42” program monitor was installed. For SloMo replays two EVS XT2 hard disk recorders with 3D option were implemented. Finally the side-by-side conversion of the transmission signal was carried out via a stereo processor from StereoBrain. 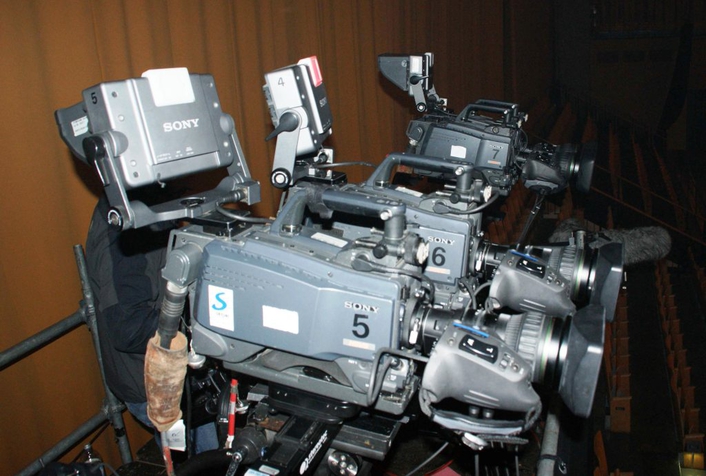 For the first time in Germany a single OBVan has carried out a 2D and a 3D production simultaneously. For the 2D production TV Skyline operated eight more cameras including two Goal:Cams. All the 3D signals and the 2D signals were available on one Snell Kahuna vision mixer electronics, however the signals were mixed on two panels in two independent production areas. In the 2D production area the director could access the 3D signals of the two Polecams and the camera one feed and the SloMo operators could choose between the feeds from the 2D cameras as well as from the 3D cameras. With this approach Plazamedia and TV Skyline have tested an innovative concept with the aim to reduce the costs of a 2D and 3D production. About 60 employees were around the ring to produce the 2D and 3D feeds. 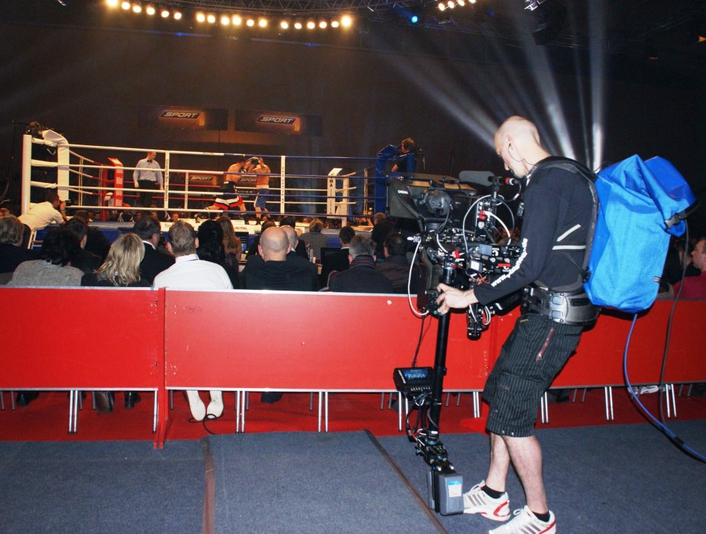 Florian Nowosad, Chairman and CEO of Plazamedia commented: “With the technically sophisticated and complex production of this boxing event in 3D and HD Plazamedia and its partner TV Skyline underpinned its capabilities to implement innovative technologies. After the production of the IIHF Ice Hockey World Championship opener USA – Germany in 3D earlier this year this production is another step towards establishing 3D at live sport telecasts. Also next year Plazamedia will be monitoring sports productions in 3D and actively presenting further highlights in 3D.”