Transition to IP Front and Center at Inter BEE in Japan 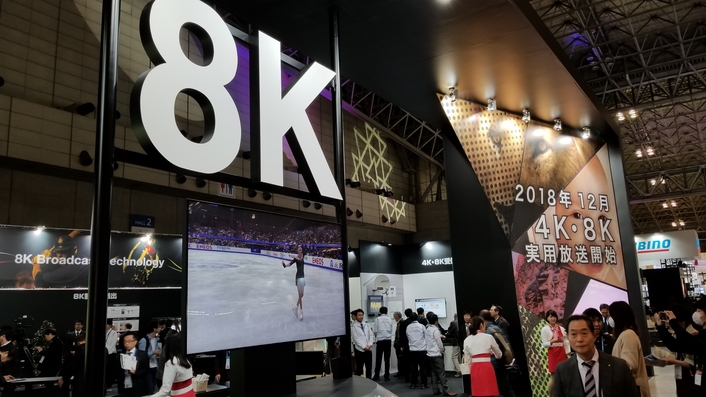 NHK, Grass Valley, Evertz, NewTek, and Shizuoka Broadcasting System took part in a panel discussion on the use of IP networking technologies.

With NHK, Japan’s national broadcaster, driving towards the delivery of 8K content via satellite by the end of next year, it’s no surprise that the use of IP networking technologies is of interest. But the interest across Japan in IP extends beyond meeting the needs of 8K as it is seen as a way to make operations more flexible and cost effective.

Kazunori Isobe, Shizuoka Broadcasting System, sub manager of the Engineering Department, said that his company is expecting to transition to IP in March 2018 with a new IP-based studio.

“We want to be ready for 4K and then 8K is getting attention for terrestrial digital broadcasting,” he said, during a panel discussion at last week’s Inter BEE 2017 in Tokyo. “So, we decided to be ready for full 4K with 4K cameras. The studio will have a lot of potential for future scalability and will be ready for the ever-evolving broadcast systems.”

Isobe said that 3G SDI quad-link was considered, but it was determined that it would become too difficult to maintain. And 12 Gbps SDI was also considered, but it does not have the required long-haul transmission capabilities; one of the goals was to have cameras in the field connected as if they were in the studio. SBS has worked with Sony on a test project using the NXL-IP55 live production unit which allowed for the delivery of multiple uncompressed signals via a 1 Gbps fiber-optic cable over 55 kilometers. And the use of Sony’s LLVC (Low Latency Video Coding) video-over-IP compression the delay is only one frame rate.

“With LLVC we achieved high-quality return images,” he said. “With only one frame of latency, we are very comfortable with any operation as switching and response is good.”

The use of IP, he adds, also allows for the network to distribute a signal anywhere else on the network as opposed to requiring a one-to-one SDI connection.

“The choice between SDI and IP is not really an A or B decision in our company,” he said. “But, with IP, we can use a camera in the field without having to dispatch a driver, video engineer, or switcher. We can pursue better efficiencies.” 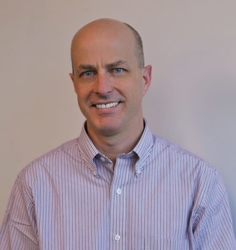 Mike Cronk, Grass Valley’s VP of core technology and AIMS chairman of the board, discussed the UK’s Arena Group’s use of fully IP vehicles that are capable of 4K production and are currently used by BT Sports for its 4K production needs. The unit has 32 cameras and 12 4K replay systems and can produce an HD and 4K show in parallel.

“This sort of scalability is only possible with IP and it is very flexible for supporting different formats,” he said. Arena will soon roll out its third IP-based unit, OB Z.

“We learned so much from the experience, including that IP is sufficiently desirable and also highly extensible and scalable,” said Cronk. “And TICO compression is also available and there have been no complaints about the quality.”

Cronk added that one of the challenges is training traditional broadcast engineers about IP, but that training courses from companies like Cisco can make a difference. “Video engineers did not find it very difficult to understand IP, so they can naturally move from SDI to IP,” he said.

Seigo Ando, senior manager of the Engineering Development Center for NHK, reiterated the point about scalability and flexibility, something Japan’s national broadcaster is definitely keeping in mind with a move to 8K in the works for 2019. “IP supports both 2K and 4K at the same time and then allows us to move from 2K to 4K without replacing systems,” he said.

The move to IP will also allow for each of the terrestrial TV stations to be connected to each other as well as NHK’s broadcast headquarters in Tokyo. It also opens up the possibility of delivering live signals and transporting files over the same circuits at the same time.

“We want to introduce IP video routers to every station and we want as many manufacturers participating [in the move to IP] as possible,” he said. “We are mainly looking at 10 Gbps so we can have four HD signals multiplexed.” 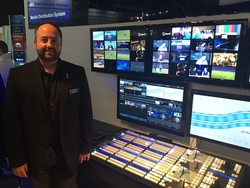 Will Waters, NewTek, senior director IP Workflow Strategy, said that since the company launched its NDI IP network device interface technology it has continued to evolve and currently offers features like bi-directional communication, 16-bit color per channel, and a high-efficiency mode via NDI HX that allows for it to be used over WiFi and even 4G connections. That makes it ideal for real-world applications where the public Internet or cellular service may need to be relied on.

Tupelo Raycom, for example, is using NewTek NDI products to deliver sports productions with HD SDI camera signals converted to IP signals via NewTek Connect boxes. The truck then passes the IP signals through the NewTek Mix Engine IP switcher with a second Mix Engine offering up extended graphics support. And The Weather Channel has two production control rooms that make use of NewTek technologies as well.

“It means more content delivered in more places and to both the linear channel and mobile Web applications,” he said.

Mo Goyal, Evertz Microsystems, director, product marketing, discussed the ASPEN format that the company created in 2014 when there were no existing IP standards. “We developed ASPEN based on our MPEG-2 knowledge base as there was no defined way for individual [signal] essence to be distributed,” he said.

Goyal highlighted the role Evertz played at NBC Sports in Stamford, CT, where an Evertz Magnum control system was used to help take a legacy SDI structure and mounted it within an IP environment. The move has allowed NBC Sports to bring scalability to its signal distribution plant so that it can grow as production requirements grow.

“From an operations perspective, it has the same look and feel as traditional control panels,” he said. “And, in Korea, they will extend the use of IP even further.”

The move to SMPTE’s ST 2110 standard was also a topic of discussion. Ando said that NHK is looking forward to the implementation of the SMPTE ST-2110 standards but that there are still strong benefits to using 2022-6.

Cronk added that he expects SMPTE 2022-6 and SMPTE 2110 to co-exist for some time as 2022-6 is ideal for long-distance transport when video, audio, and metadata signals do not need to be separate.

“SMPTE 2022-6 could also be used for production so the policy at Grass Valley is to provide both IP technologies so that, depending on the application, you can choose [which one is best],” he added.

Waters said that NewTek also will support SMTPE ST-2110 and will have a pathway for NewTek’s NDI-based products to operate seamlessly in an environment that uses ST-2110 networks.