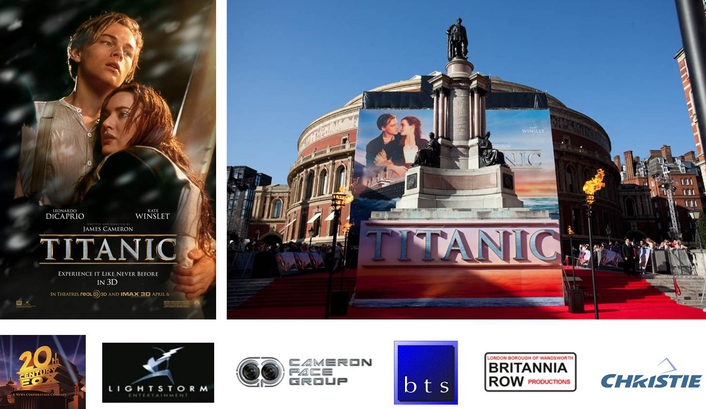 “I’m pleased to have Christie continuing to accompany me on my ‘journey of discovery,’ which will see studios and cinema owners providing stirring 3D and, in due course, high frame rate movies, to fully immerse their audiences in experiences that best represent the creative excellence of today’s producers and directors,” said James Cameron.

“It truly is an honour for Christie to be working alongside James Cameron on such a prestigious world premiere. This is not only a great testimonial to the trust put in our digital cinema solutions, but also confirms Christie’s role as the world leader and a pioneer in this field. With more than 80 years of history in cinema, Christie continues to push the boundaries with major digital innovations, including 3D deployment and high frame rates,” said Dale Miller, vice-president, Christie EMEA. 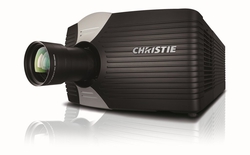 The Christie Duo solution was announced in February 2012 to enable exhibitors to deliver the brightest 2K or 4K movie experiences in 2D or 3D on the largest screens. Coupled with automated features that easily calibrate, align and optimise the images from both Christie Solaria® Series 2K or 4K digital cinema projectors, Christie Duo delivers a completely seamless, premium movie experience to cinema-goers worldwide.

When combined with world-leading 3D systems, exhibitors can achieve 3D image brightness levels up to twice as high as that achieved using the current large-format market leader — at a significant overall cost saving.

Historic Relationship Between Lightstorm and Christie Continues
Today’s announcement represents the continuing co-operation between the two firms, epitomised by the two firms signing a milestone, five-year agreement to exchange research, testing, development and technical support on high frame rate (HFR) projection – the industry's most exciting new technology. The cooperation between these two Hollywood digital cinema powerhouses – officially announced on 12th September, 2011 – heralded a significant shift in how movies will be made and shown in cinemas.

Christie was also selected by Oscar-winning filmmaker James Cameron to assist him in showcasing the first “mass audience” demonstration of high frame rate (HFR) cinema projection at CinemaCon 2011 in The Colosseum of Caesars Palace on 4th April, 2011. Using two Christie projectors, Cameron demonstrated the higher frame-rate delivery necessary for the next generation of 3D films. 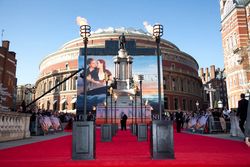 Cameron used Christie Solaria® Series DLP Cinema® projectors at the Las Vegas demonstration to project 3D content at up to 60 frames per second (FPS). The current industry standard is 24 FPS, which can result in blurred images (“judder”). The Christie CP2230 and others in its family deliver breathtaking 3D images on the largest screens, which, combined with higher frame rates, will speed the evolution of this next generation cinema experience.  They can also be upgraded to HFR capabilities with Christie Previsto™ High Frame Rate (HFR) technology.