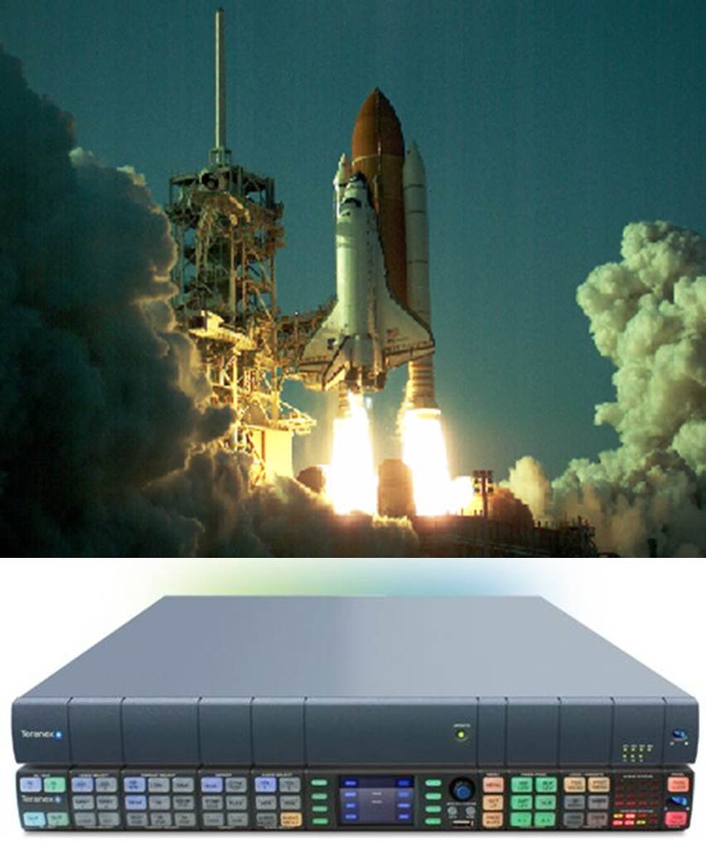 The new application will be on display at Teranex‘s NAB2011 Booth N1115
Teranex Systems, Inc., a leading manufacturer of high-performance video processing platforms, is pleased to announce the introduction of its new 3D Sync application. The 3D application was successfully used by Jordan Klein Films & Video (JKFV) to capture Discovery’s last launch from NASA’s Kennedy Space Center on Feb 24th 2011.

Jordy Klein President of JKFV (www.jordy.com) was mandated by NASA to produce a 3D documentary of the historic launch, and was the first to use Teranex’s 3D Sync technology as part of a 3D shoot. The application running on Teranex’s Dual channel VC100 was used to synchronize two non-genlocked cameras in real-time giving his team a “live” preview of the resulting stereoscopic program coming from the two high speed cameras. This latest Teranex 3D application allowed JKFV’s crew to view instantly the stereoscopic images on a professional 3D monitor, preventing any loss of the unique 3D footage being recorded. Teranex’s latest 3D application gave Mr. Klein a solution to a growing problem: making high quality, frame-locked stereoscopic video from non-gen-locked sources.

“Locking 3D signals in real-time is essential to good 3D. It applies to all 3D production streams, whether coming from non–gen-locked cameras, from broadcast signals or file servers, the right and left eye streams must be locked together to make the 3D image work. Our 3D Sync application resolves this issue and can even change the frame rate from 23.98 to 50 or 59.94. We were intrinsically involved in the SD to HD transition, and we believe our exceptional technology will do the same for the transition to 3D, by helping to provide more content for the 3D audience to watch” said Mike Poirier, General Manager at Teranex.

The technology is available through the VC1-3D-SYNC option for dual channel VC100s. Giving the ability to lock ”live” or “pre-recorded” 3D streams for 3D distribution, while keeping all of the virtues of Vc100s like frame synchronizing and conversion of more than 250 formats and frame rates.

The new application will be on display at Teranex‘s NAB2011 booth, N1115, at The Las Vegas Convention Center from April 11th to 14th.