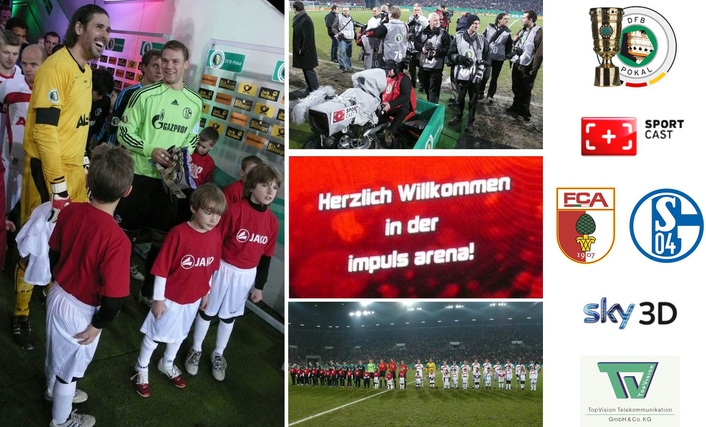 One Bundesliga match live in 3D every week from 16th January onwards
With the start of the second round of the German Soccer League (DFL) on 14th January 2011 Sportcast will start its regular 3D productions of one match per matchday for SKY Germany. As a final test Sportcast produced the DFB Cup match FC Augsburg – Schalke 04 (0:1) on 21st December 2010 with the production company TopVision in 3D. 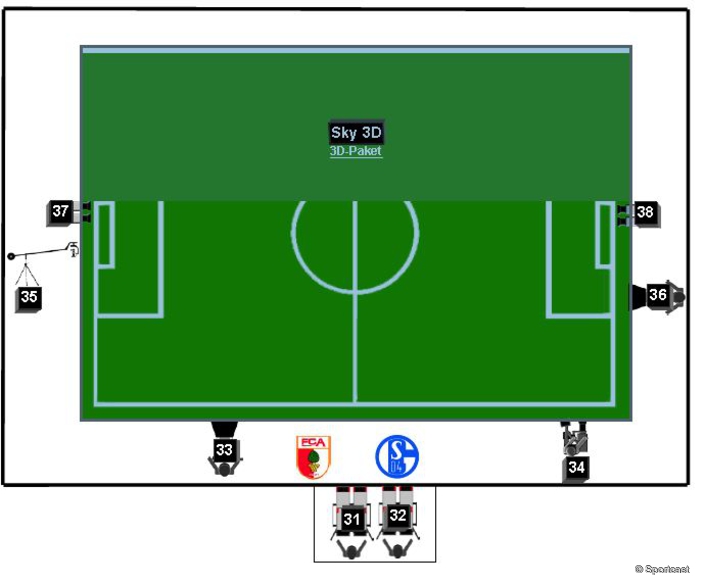 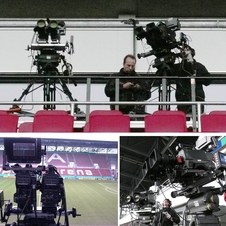 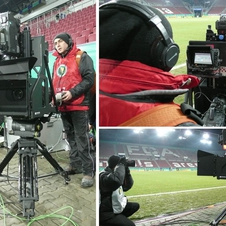 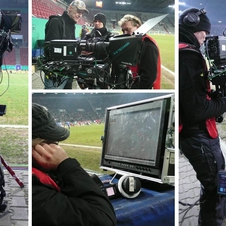 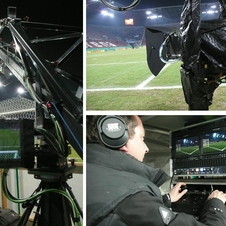 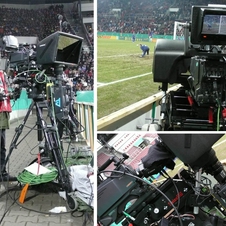 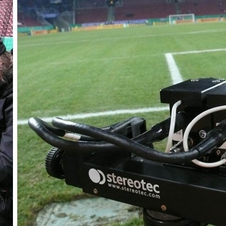 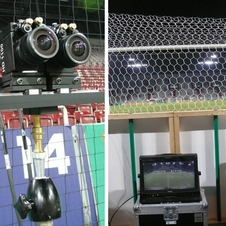 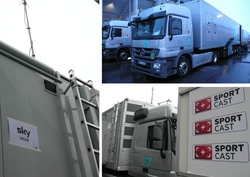 3D. Few terms are currently more polarizing within the sports production community. Some view 3D as a game changer that will provide a valuable new revenue stream for broadcasters while others see the format as a red herring that will never be able to justify its costs. To reduce the costs TopVision has fleshed out a strategy to incorporate the 3D show into the 2D production. 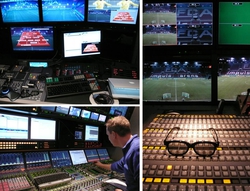 TopVision will offer its HD Ü5 truck with two production areas (one for the unilateral HD production and one for the lateral SKY HD/3D moderation and interview production), one camera shading area for the unilateral HD signal (8 cameras plus 1 SuperSloMo camera), the lateral SKY HD/3D moderation/interview production (a stereo pair of cameras on a Steadicam 3D rig plus two handheld cameras) and the six 3D camera pairs for the SKY 3D production. This adds up to 24/25 RCP positions in the shading area. Also located in this truck are the 5.1 surround sound audio area, the SloMo/VTR area and the graphics area. In the associated tender truck TopVision offers the production area to generate the 3D match signal for SKY.

In a third truck the convergence area and the dedicated 3D equipment like the Sony MPE-200’s and the stereo rigs are located. This truck will arrive at the stadium one day prior to the match to set up and align the 3D rigs while the other two trucks will arrive as usual on match day to set up the HD production and to incorporate the 3D camera signals in the shading area. This solution will also enable the HD production crew to incorporate the left eye signal of the 3D camera pairs into the HD production and vice versa the 3D production crew to select 2D camera signals via a routing matrix, convert them to 3D and integrate them into the 3D production.

There is still more work to do to make 3D production an everyday occurrence. And to put 3D in context we should remember how long it took HD production to take hold after its introduction decades ago. However 3D only took off a year ago. While many people argue that HD and 3D are markedly different and cannot be compared distinct similarities become obvious if you spend a couple of weeks at various 3D productions: It is exactly the same as it was when HD started – all the production crews are in learning mode and in 2011 all these early adaptors will achieve the next logical step make this business a valid business. And by the way: There are always a lot of naysayers and there were naysayers before, however all the forward thinking crews were not worried about that during the transition from SD to HD. 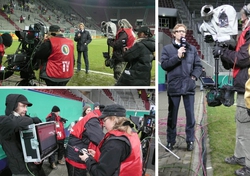 More and more leading manufacturers are moving forward to support 3D technology and take stereoscopic production past the “science experiment” stage. For example Panasonic has shipped more than 1,000 units of its AG-3DA1 twin-lens 3D camcorder and still has many on backorder. With its internal convergence processing it can deliver a realistic 3D effect from a distance of 2 meters to up to 100 meters. Sony’s high-end HDC-1500 and HDC-P1 cameras have been a favorite in 3D rigs, and its HDCAM SR tape decks are the only VTRs capable of recording the dual left- and right-eye streams of 3D images in one deck. To support World Cup 3D coverage earlier this year, the company developed the MPE-200 processor, which has stereo image processing software that can help make adjustments between paired cameras and lenses in 3D rigs. Lens manufacturer Fujinon has been working closely with PACE and other 3D specialists to make its lenses, particularly long-zoom lenses, work more effectively for 3D sports production. Currently its smaller lens for box-type cameras (the A4x7.5BMD-DN L/R model) can be paired for 3D production and linked to a single control unit in its “3D Synchronous System.” The lenses used for 3D are essentially the same as normal 2D lenses, and optimizing them for 3D is more about upgrading the control system. 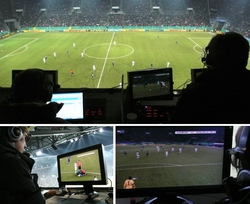 Canon is involving itself in as many 3D projects it can and also was on hand at every 3D production Topvision has carried out. Canon is aiming to have its standard lenses handle 3D by loading new software into the digital driver menus. By connecting two lenses via cables with standard 20-pin connectors, the new Canon software will be able to communicate with a pair of lenses, dial in the offset, and control the zoom, focus and iris. As it looks to make 3D sports production more user-friendly, Canon is still trying to develop an easy way to handle misalignment in lenses paired for 3D due to tiny differences in the mechanical tolerances of both the lenses and the cameras. While two lenses can theoretically be matched perfectly for 3D, once they are placed on two identical cameras thy still may be out of alignment due to such tiny—but still significant—differences. That is the same problem that Sony’s MPE-200 processor was developed to address.

The first of the regular 3D productions is the match 1. FC Kaiserslautern against 1. FC Cologne on 16th January at 5:30pm. According to the provisional program plan the match Borussia Mönchengladbach – Bayer Leverkusen will follow on 23rd January, the match Eintracht Frankfurt Borussia Mönchengladbach on 30th January, with Hamburger SV – FC St. Pauli on 6th February and Werder Bremen – Hannover 96 on 13th February.

The 3D matches will be transmitted in the so-called “Side-by-Side” format where the two images for the left and the right eye are housed in one frame. This has the advantage that the signal can be received with conventional HD set-top boxes. The disadvantage will be the loss in resolution – it will be reduced to 960 x 1,080 pixel.