The live 4K broadcast of theatre production ‘War Horse’ to a 4K cinema was a huge achievement and paves the way forward
Sony has completed another 4K world’s first with a live 4K broadcast of the theatre production of ‘War Horse’ at the National Theatre, London, to a 4K cinema. The Curzon, Chelsea cinema received the images with only moments of delay, enabling the cinema audience to immerse itself in the 4K action at almost exactly the same time as the production was taking place in the theatre.

Watch how it worked - Log in to the 4K Webinar
This short film, including exclusive footage shot behind the scenes at the National Theatre and at the live 4K broadcast at the Curzon cinema, features revealing comments from the key members of the production and technical team responsible for the 4K broadcast. It covers everything from how the broadcast was conceived and created, though to best practice when directing 4K live broadcasts and the cinema audience’s reaction to seeing the live 4K images on the night.

Watch the behind the scenes film here

Join the live production team on 29th April at 2pmGMT/3pm CET for a webinar about the world's first 4K live theatre broadcast to cinema, War Horse.

Register here for the webinar

National Theatre’s direct-to-cinema live production wing, NT Live, was responsible for the innovative broadcast. It conceived the idea and brought it to life with the aid of a series of partners, including Creative Broadcast Solutions, NEP Visions, Adtec and Links Broadcast. 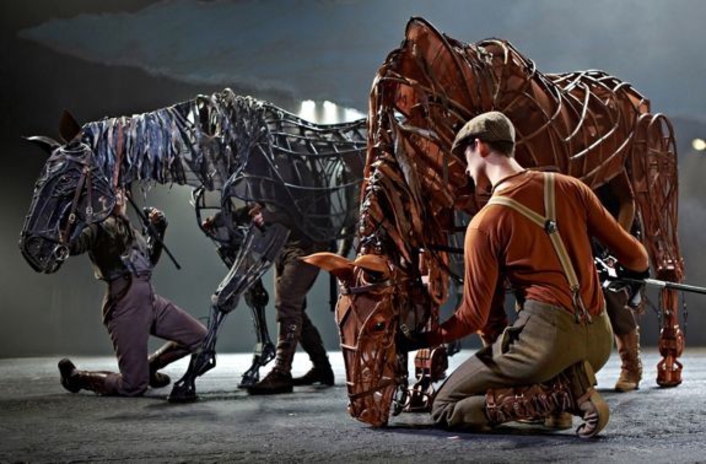 A collaborative effort
From the very conception of the project onwards, NT Live’s producer Emma Keith worked closely with Creative Broadcast Solutions’ Christopher C. Bretnall to come up with the practical means to add a 4K element to the HD live broadcast that was already scheduled to go out to over 1,000 cinemas across the UK and Europe. “With the experience I’ve had in the last week on ‘War Horse’, Sony were able to tick all the boxes for me, and give a fantastic end-to-end workflow for me at the capture end, for my partners in the middle doing the broadcast, and certainly for the cinemas at the far end too,” says Bretnall.
“I think 4K is definitely the immediate future for event cinema, in that the cinemas are already equipped with 4K projectors. They can play 4K DCPs, and they’re starting to be able to cope with 4K live content now,” he adds. 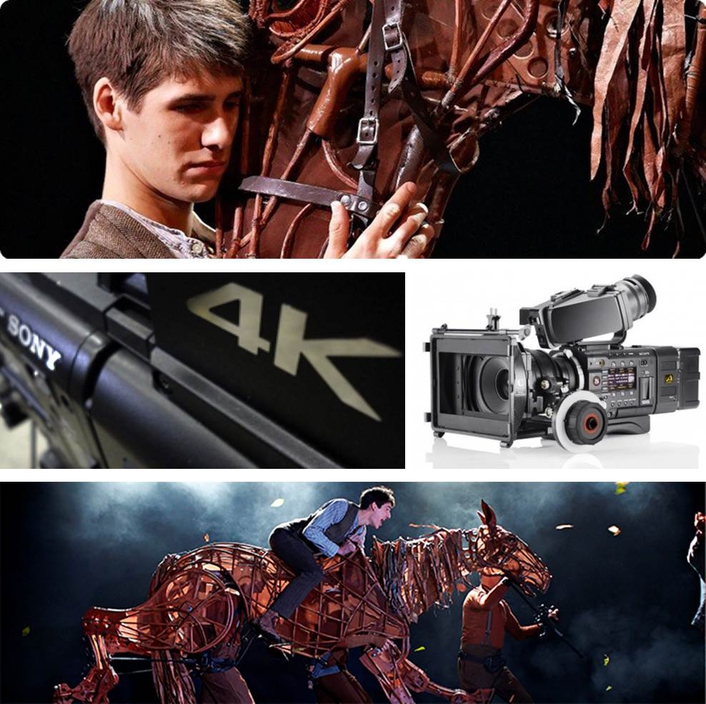 Fitting all the 4K pieces together
Keith and Bretnall brought in NEP Visions to work on the Outside Broadcast aspects of the broadcast, and ensure all pieces of the 4K live broadcast jigsaw fitted together as seamlessly as possible.

“Visions have been working with the National Theatre for a number of years. We’ve done standard broadcasts, we’ve done HD broadcasts, now we’re moving this on. We’re moving the technology in to the future,” sums up NEP Visions’ Commercial and Technical Projects Director Brian Clark. “This is ground-breaking and has never been tried before. No one’s had the ability to put all these jigsaw pieces together at one time and in one place.” 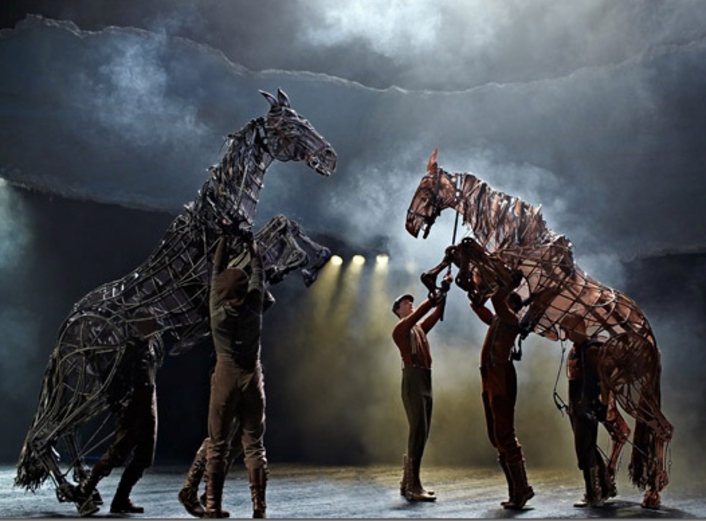 The F55 in live production
The action in the theatre was captured on six Sony F55s with the Sony CA-4000 unit on each camera to provide them with similar functionality to systems cameras. The feeds from the camera were fed through to the 4K-capable Sony MVS-8000 switcher.

“The CA-4000 back takes pictures from out the back of a [Sony F55] multi-camera set up and brings them into my production gallery, where they go into the MVS switcher,” explains War Horse Live Director Tim van Someren. “We can then do our live vision mix and I can keep an eye on that on a Sony 4K monitor and be completely happy that creatively I’m getting what I want.”

The end result, for cinemagoers at The Curzon, was well worth the effort, says Keith: “People who watched at the Chelsea Curzon all said it looked really great; even more crisp and an even better picture than they would experience normally,” she says.