Sky, Sony and Telegenic will force 3D
Sony Professional Europe confirmed that it has been selected by BSkyB (Sky) and Telegenic to design and build one of the world’s first 3D Outside Broadcast (OB) trucks, due for delivery in April 2010. Sky, Telegenic and Sony have been working together to develop a next generation outside broadcast vehicle that will deliver new production methods to produce immersive live content in 3D. 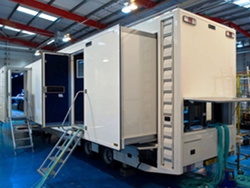 Following successful trials over the last 18 months, Sony, Sky and Telegenic are set to deliver an innovative outside broadcast solution that will set the standard in 3D live production moving forward.

Sky has previously announced that it will launch the UK’s first 3D service this year. The service will offer a broad selection of the best available 3D programming, including movies, entertainment, drama, sport and the arts. The service will be broadcast across Sky’s existing High Definition (HD) infrastructure and be available via the current generation of Sky+HD set-top boxes. To watch 3D, customers will also require a new '3D Ready' TV, with a range of models due to hit UK and Irish high streets in the coming months. The new OB trucks will help support the delivery of live 3D content into Sky homes that will work will all 3D TVs by all of the major manufacturers.

Commenting on the new contract, David Bush, Marketing Director at Sony Professional Europe said: “Our Professional Services team have a strong track record in delivering solutions to customers and this latest announcement reinforces our leadership position within the Outside Broadcast market. 3D is a big focus for Sony Corporation this year as our recent announcements at CES have highlighted. Today’s news highlights how our customer engagement at all levels from solution design, to R&D and product delivery excels at delivering the right solution to make each customers dream a reality.”

Sky’s 3D trials started back in May 2008 when Sky captured the Ricky Hatton versus Juan Lazcano boxing match in Manchester in 3D and later transmitted over the network’s existing infrastructure. Most recently in November 2009, Sony supported Sky in the most extensive 3D tests to date, covering the ATP World Tour Finals at the O2 Arena. Sony’s part of the trials used predominantly established production technology along with the recently developed “3D Processor Box” to acquire live corrected & aligned stereo images. Sky use the same transmission scheme and largely the same workflow as its current 2D offering, so crucially for them, these tests required no change to the consumer’s Sky+HD set-top box.

Giving 1.6 million homes the opportunity to experience the content they love

The 3D Outside Broadcast Truck, which is the first to be built in Basingstoke, has been designed from the ground up by Telegenic’s Engineering team supported by Sony’s Professional Services division.

“From digital to HD and now 3D, Sky has worked with valued partners such as, Sony and Telegenic to continually innovate for our customers. This year Sky will reach a further broadcasting landmark as it delivers 3D services over its HD platform, giving 1.6 million homes the opportunity to experience the content they love, including live sport, with an added dimension,” commented Darren Long, Director of Operations, Sky Sports.

Delivering 3D within a live environment

The OB vehicle leverages the collective experience and commitment of Sony’s Professional Services and R&D divisions to deliver new products to manage the complicated issues at play in delivering 3D within a live environment. It delivers a truck capable of live 3D, using Sony’s existing strong product portfolio, including the HDC-1500R cameras with a unique T-block option used on 3D camera rigs to capture content. Driving the solution is the MVS-8000G Vision Mixer which handles Dual Stream stereo signals, as if they were a single source, to deliver operational control similar to 2D productions to deliver a reliable production workflow.

Telegenic has a long-standing relationship with Sky and Sony Professional 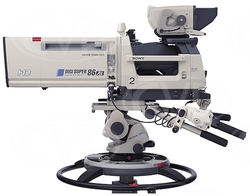 During the trials, the Sony Professional team worked with the technical experts at Sky and Telegenic to find the right solutions to resolving many of the issues linked to capturing live content in 3D. Part of this process has included the creation of the 3D processor box, designed to reduce the complexity of monitoring and correcting live signals in the truck. The new product will be launched later this year.

Telegenic has a long-standing relationship with Sky and Sony Professional; this will be the second OB truck Sony Professional has built for Telegenic in the last two years: “When we started this project, Sony was our natural choice as we trust the team, their technology and their ability to work with us to develop new methods of broadcasting. Our team has worked exceptionally hard to revolutionise the live production process and due to the depth and breadth of knowledge and understanding offered by Sony it is in a unique position to ensure that each device within the production workflow supports the features required by the overall 3D process,” explained Peter Bates, Managing Director, Telegenic.

Earlier this month, Sony Electronics and All Mobile Video (AMV) announced that they are combining their technology resources to build a new fully 3D-capable, cine-enabled HD video production truck. The new truck is planned to hit the road this summer and is expected to handle a range of projects, from sports to live events to entertainment. AMV will also demonstrate Trident in Sony’s booth at NAB 2010. 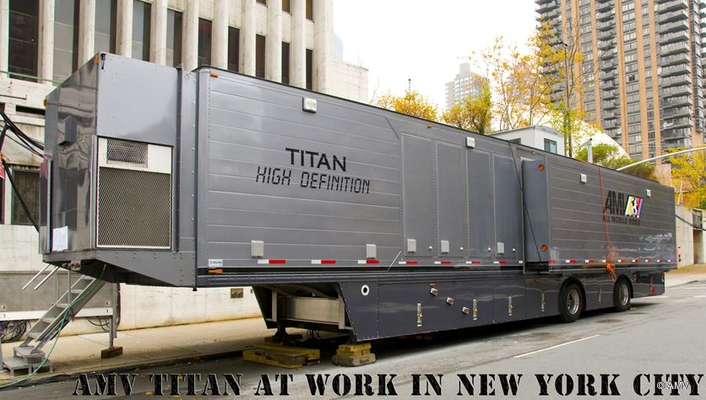