.
“The way I see it, there are only two possible outcomes. Either I make it down there in one piece and I have one hell of a story to tell!” – Matt Kowalski, “Gravity,” Warner Brothers (2013)

You may not recall the first time you saw an HD TV but “Waterworld” was the movie everyone had on their sets at CES (Consumer Electronics Show) to highlight the eyepopping imagery and illustrate the difference between HD and the old-fashioned SD TVs.

At this year’s NAB (National Association of Broadcasters) no one will say anything but 4K!

This year, Alfonso Cuarón’s “Gravity” took box office, award honors– because of its utterly perfect presentation of 4K content you can enjoy on medium to monster-sized UHD TV sets that totally replace one wall in your man cave.

The images were amazingly sharp and breathtakingly clear/crisp.

With no hallucinogenic side effects I had proclaiming 3D was going to sweep the industry, I see 4K UHD taking off more quickly than many analysts predict.

Seeing 4K all you can hear is Matt Kowalski whispering, “I know I'm devastatingly good looking but you gotta’ stop staring at me.” 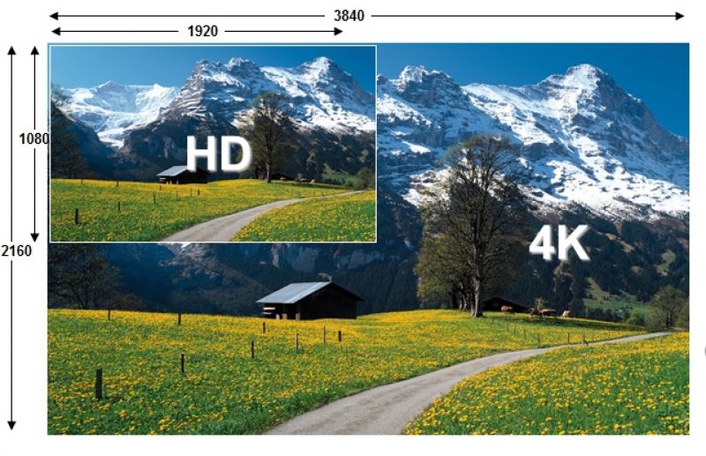 Big, Beautiful – 4K UHD TV sets were everywhere at CES and only the really awesome cars overshadowed them. What’s not to like? There’s four times the content on the screen with more pixels, more color and more dynamic range packed into every square inch. While huge screens (and prices) stole the show, there were still sizes/prices for the average income folks.

And it’s being done every day!

There are gazillions of TBs of content sitting in studios and station libraries around the world that could be flooding the Internet, pipes and airwaves in no time.

While Dolby focuses primarily on the production and delivery sides of the issue, they’ve clearly shown that with the right approach the range of colors, brightness, contrast can be produced and enjoyed, appreciated.

They’ve shown that viewing pristine 4K content on your present HDTV looks good but compared to seeing it on a UHD TV, the images (foliage, puffs of clouds, scuffs of dust, etc.) leap to life.

The slow adoption folks point out that it’s just too tough to force all that insanely beautiful content through the pipe and that the new sets have to do most of the work, making life easier at the front-end.

Instead of trying to push more pixels through the already cramped pipe, they will focus on delivering higher frame rates, better bit rates and a broader color gamut more effectively and with lower bandwidth requirements.

Yesterday’s Masterpieces
While producing new 4K content is an expensive, time-consuming process; studios, content owners and production firms like 4K Studios are finding they can mine libraries of content and economically repurpose/reoffer old movies and TV shows in exciting 4K to meet the entertainment thirst of an eager market.

The conversion process can't just involve upscaling because the resulting content would look as bad as when the industry moved from SD to HD ... upscaled content was muddy and full of artifacts.

A cleaner, crisper approach is for conversion/production organizations to use UltraHD scanners that take 35mm film (or even 16mm) and make multiple digitizations of each frame of the film at different light levels in red, green and blue, creating an HDR (high-dynamic-range) 4K image for every frame of the film.

They can even repair many of the defects, scratches in the film and compensate for the frame-by-frame variations in texture, color, lighting.

We saw several examples of the “recovery” work that had been done and it looked as compelling as the 4K beginning-to-end production. 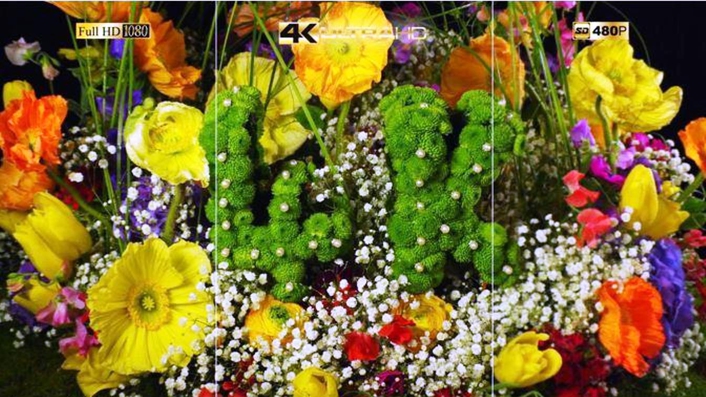 Amazing Improvement – It was noteworthy to discover that you can enjoy many of yesterday’s classics and content on your new 4K set in all its brilliance. Technologies and services make it economical for content owners to offer video with up to full 4K UHD quality--even if it was previously done in SD or HD.

The HEVC H.265 compression standard offers 50 percent more efficiency and some of the SMPTE folks are saying that by using boxes attached between the internet and TV, the set doesn’t have to do all the heavy lifting.

The Sony and MS folks claim their game boxes can do all that and more for folks who want that new lean-back entertainment.  A lot of folks agree because they’ve cut or cut-back their cord to have shows and video their way. 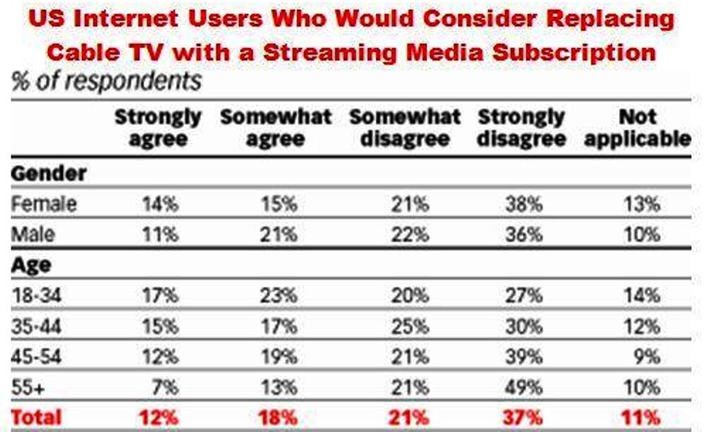 Breaking Away – Cable folks are losing their grip on the TV-viewing public as people “discover” more of their present TV diet is available on the Internet and there’s even more to choose from on the Web. While boomers stick with their cord out of habit, the younger viewing segments are ready, willing and determined to make the change to VOD (video-on-demand) and OTT (over-the-top) viewing.

Sony and MS are meeting part of the need for a whole lot of folks (both firms sold over 1M boxes in a couple of days after their release and even more were under the tree on Christmas).

But they’re still game systems first and everything else second … and they come with certain “don’t touch that” restrictions.

They were designed for yesterday’s HD world.

We liked a solution we saw at CES that started out as a 4K media player and then added all the other cool on-line capabilities to it … you know, 1,000s of sources of mainstream/specialty content, when you want it, personalized experience, exceptional viewing, game freedom and Internet stuff.

Unveiled at the show, the NanoTech Nuvola was designed to be 50 percent more efficient than the current H.264 standard; and they said as soon as H.265 codecs are available, the box will be automatically updated.

Using nVidia’s GPU (graphics processor unit) tells me it has the power to take the workload off the stream and the TV set.

Cord-free 4K entertainment enjoyment works for me and 4K-like gaming works for our son.

Mainstream media folks won’t say it out loud but they like the growing momentum of OTT streaming provided by the compact media players, game consoles and smart TVs.

They get to offer the same content through multiple channels without the complicated agreements cable folks demand.

The consumer who replaces his/her Times Warner or Comcast set-top box with a media player or game system is now faced with a whole new challenge … which of the gazillion programs/shows to watch from around the world and when to watch them.

Gawd, I’m gonna’ miss the cable guy making the decisions for me!

4K UHD TV is just too compelling for us not to move to in our otherwise hectic lives.

So I think the sets will move faster than even the most optimistic analyst projects. 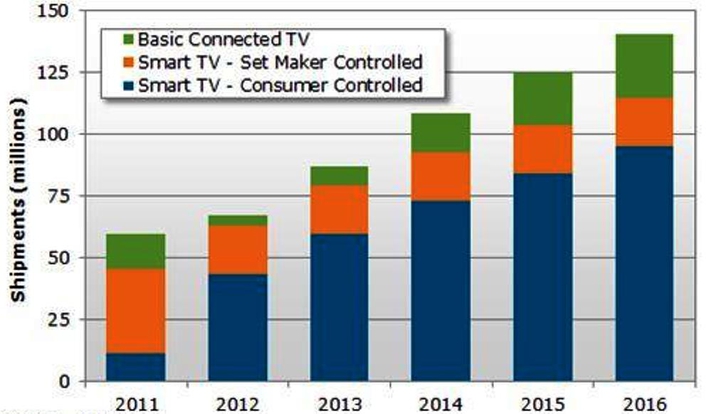 Smart Choice –  Most folks thought adding intelligence to the dumb TV set was a nice idea but consumers quickly learned that there’s not only more entertainment options available on the Web but newer content is often produced that is richer, more vibrant than that your parents watched. Intelligent 4K UHD TVs give people the content when they want that is more inviting, more mesmerizing.

The traditional TV model of TV vs. online will wither into the sunset, except maybe for your football games, presidential inaugurations, royal weddings.

Heck, CBS has already put about 50 percent of their content online because streaming allows “the elusive younger audience to access the network’s programming.”

So even if our kids occasionally want to watch their stuff on their iPad or smartphone, that’s alright with me … just more good 4K entertainment for me! 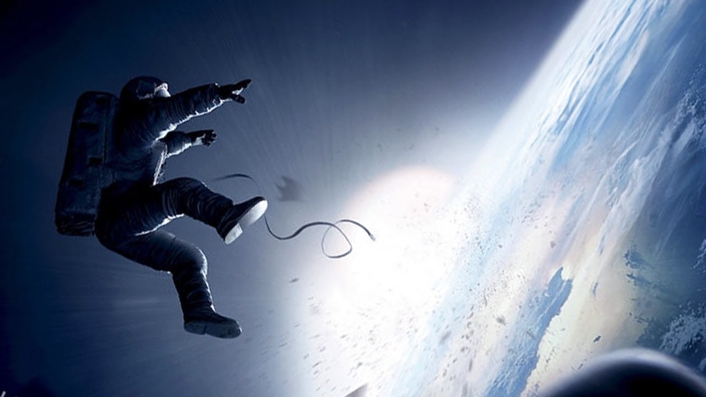 As Ryan Stone said, “Because either way, it’s going to be one hell of a ride!”

The CES of Everything
It’s 4K All The Way, Dr...n The Sand, Storing Stuff