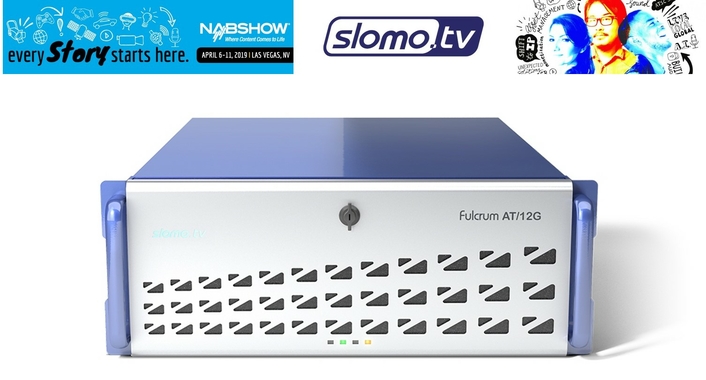 At NAB2019 Show  slomo.tv will demonstrate the upgraded broadcast grade 4K server Fulcrum AT/12G with an increased number of channels for 3G/HD resolutions: support of 662 and 771 configurations in replay mode and up to 8 channels in recording for NLE! According to numerous clients’ inquiries slomo.tv significantly expanded the capabilities of the server and created a universal system for any task.

Initially Fulcrum AT/12G provided 442 (4REC+4SEARCH+2PLAY+FX) configuration for all resolutions (4K/3G/HD), the upgraded Fulcrum AT/12G not only supports 442 mode for 4K, but also has 662 and 771 configurations for 3G/HD. This means that the system records 6 or 7 3G/HD channels, plays back 2 channels with the transition effect and simultaneously searches on all 6 or 7 recorded channels.

Fulcrum AT/12G also has a DMRTM option which provides recording of up to 8 channels in NLE file formats with following codecs: Prores, Avid DNxHD, AVC-Intra 100, XAVC, DVCPro HD, XDCAM 50. Recording can be performed on standard 3.5" SATA hard drives ToolLess/TrayLess installed in 4 DMRTM Racks located on the front panel, or on a NAS server connected via local network via 10GbE interface.

You can get acquainted with the novelty at the stand #SL3829. 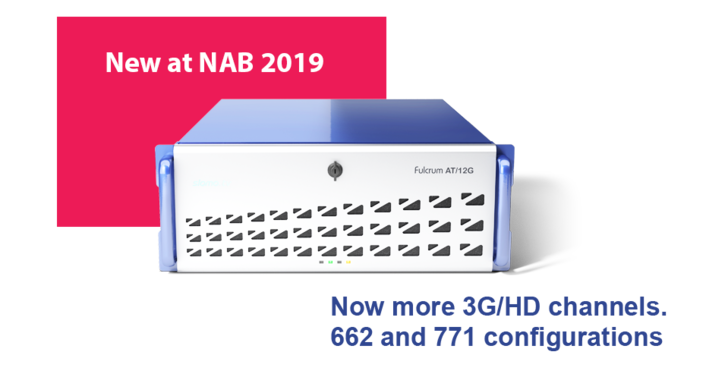 Together with several SSD technology developers, Slomo.tv has developed the capability of recording and storing high-quality video with SSD technology. The use of SSD storage facilitates a number of advanced features on Slomo.tv servers – search on all channels, recording uncompressed full-resolution video signals, large built-in storage capacity, lightweight servers, and the ability to operate in harsh conditions including high vibration levels.