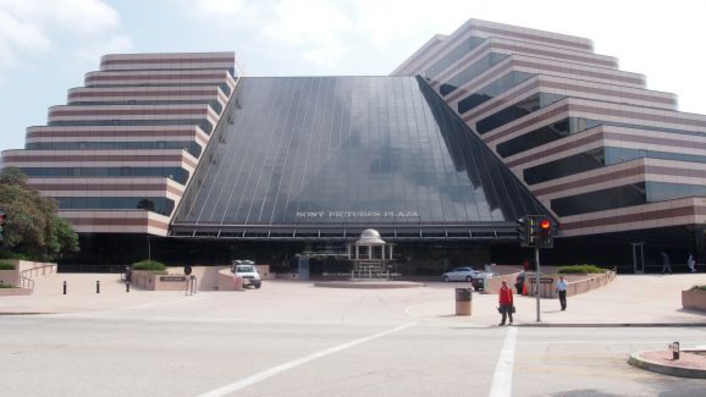 Sony Pictures is leading the 4K charge from here in Culver City, Los Angeles
From the cameras on set to the screen in your home, Sony is backing 4K at every step.
To say Sony is serious about 4K is a bit like saying Canon seems to like making cameras. 4K is at the heart of Sony's entire operation, and that's not surprising given the fact that it's the only company that can tell an on-brand end-to-end 4K story. It makes the movies and TV shows, it produces the cameras to shoot the content, it makes the projectors to display it in cinemas, it publishes the movies on disc, and it delivers 4K it to the home in the form of TVs, games consoles and media servers. Sony has already shipped over 15,000 4K projectors worldwide.

To mark the forthcoming launch of Sony's new 4K TV range, Sony invited us to Sony Pictures Studios in LA to take a closer look at its 4K ecosystem. We've seen 4K movie sets, we've seen Breaking Bad being remastered in 4K and we've compared Sony's 4K TVs against every other brand.
Here are the six coolest techno-marvels we've seen...

1. Sony F65 8K camera
The F65 is the pride and joy of Sony's 4K operation. Worth upwards of US$50,000 (about AU$48,500, £32,650), this is the Ultra HD camera that Sony Pictures is using to shoot all its movies and TV shows. It actually shoots at a native resolution of 7680 × 4320. That's 8K, or 33.2 megapixels - four times the resolution of 4K, which in turn is four times the resolution of Full HD. So take the number of pixels in a Blu-ray picture and multiply by 16. What's more, it can do it at any framerate up to 120fps. This allows film crews to downsample after shooting so they can be sure they're working with the very best pictures. 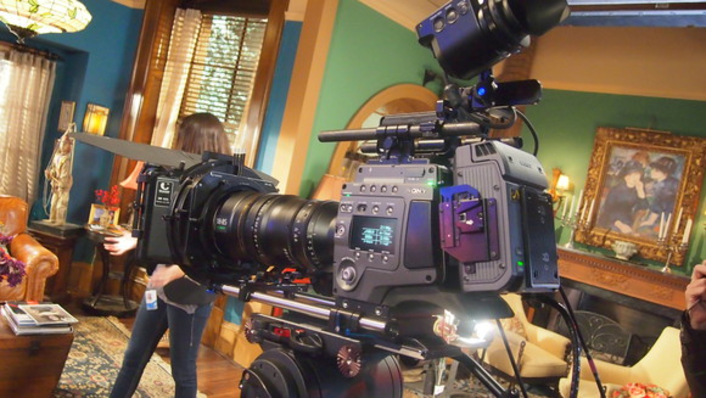 Sony's F65 camera is the foundation of 4K

2. 4K film scanners
Even Laurence Olivier classics from 60 years ago can be watched in 4K. But first the original film must be rescanned. This isn't such a bad idea, either - film typically captures a lot more data than ever makes it onto the screen, and our Sony guides tell us that 4K is finally the right resolution to capture and present all that picture information on screen for the first time. These machines scan original film in 4K resolution at around 1.5fps, but that's just the start of the process… 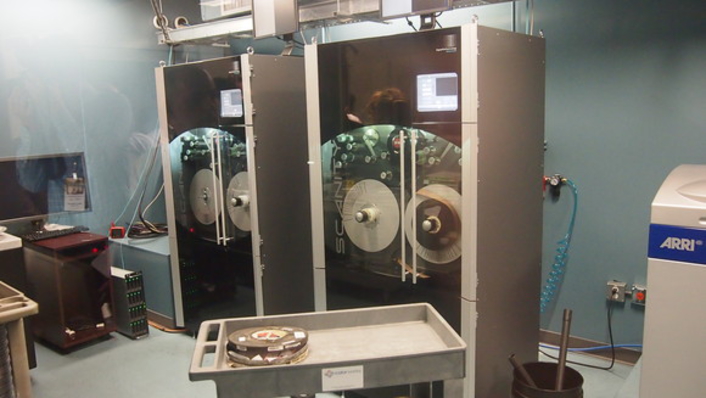 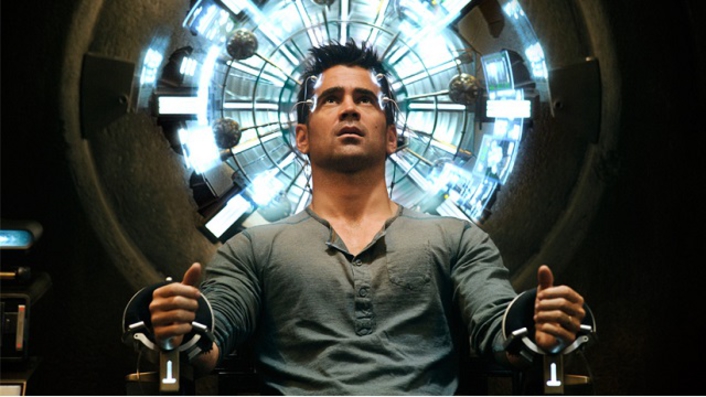 3. Colorworks remastering suite
The big problem with film is that it degrades over time, so the older it is, the more work is needed to get it into shape - a task made ever more complicated by the sheer amount of detail and data captured by 4K images. Sony's Colorworks remastering suite is where movie directors come to master their movies, frame by painstaking frame. Some artefacts like noise and white spots can be removed by an algorithm but most defects require an engineer to polish up every frame individually. 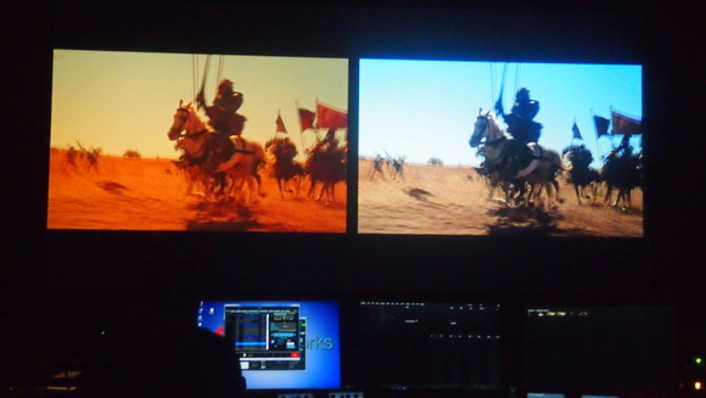 Sony is constantly remastering classic movie and TV titles, and currently has over 100 4K movies in its library, new and old. While some movies can take just a few months to remaster, Lawrence of Arabia has taken nearly three years to get into a condition where the studio was happy with it. We can tell you it looks absolutely stunning. 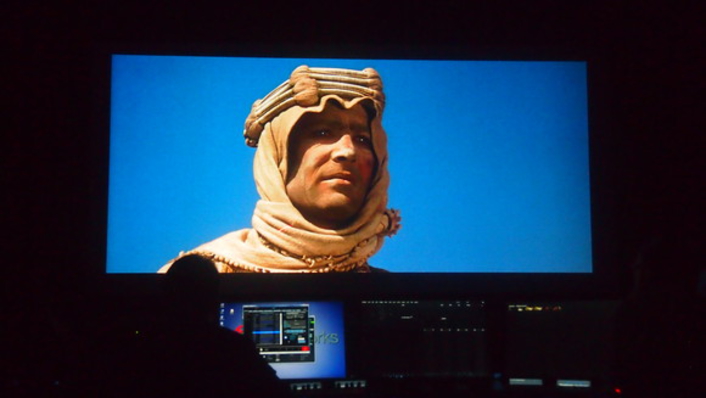 But after all the work, the finished product (in this case, Lawrence of Arabia) is dazzlingly good

4. Remastering facility with 11PB local storage
Of course, with hundreds of movies being scanned and edited digitally in 4K, that data needs to be stored somewhere. Sony Pictures Studios has networked servers with 11PB - that's 11 petabytes, or 11,000 terabytes - of local storage. All of this is also backed up locally and elsewhere on tape. Every green light in the image below represents a separate drive, and contained on these drives are forthcoming native 4K movies like The Amazing Spiderman 2 and After Earth, so in a way, you can now say you've seen those titles before your friends. In a way. Sort of. 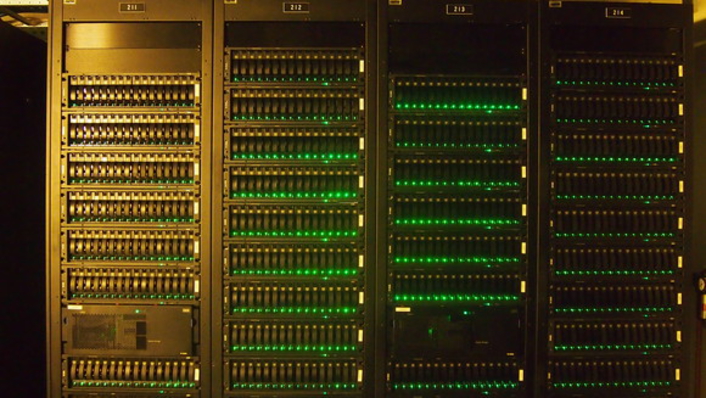 5. High quality sets
With every generation of picture improvements comes higher production values. Long gone are the days of the Fawlty Towers sets that nearly fall down whenever a door slams shut, or Dallas window backdrops that were clearly painted by school children.

Filming in 4K means there's no room for shortcuts in scenery

Check out the window on a 4K TV set. Even standing on the set, the window is convincing. This window scene looks as though you should be able to step into it. Looking up close, only the set furniture gives the game away. 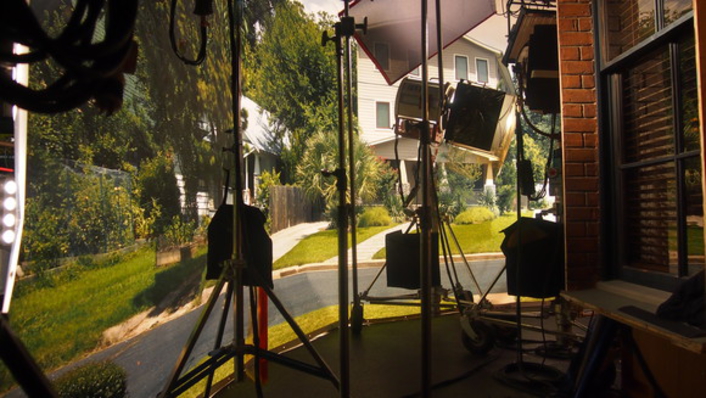 It also takes superpowered backlighting which can be dimmed and coloured to give the illusion of daylight or dusk. We had a walk around one of the sets for the forthcoming Showtime cable drama Masters of Sex starring Michael Sheen. It was the nicest house we've ever been in, yet it's built on the same soundstage where Wizard of Oz was filmed in back in 1939. Sadly, we weren't allowed to take pictures on that set, so you'll just have to watch the show. 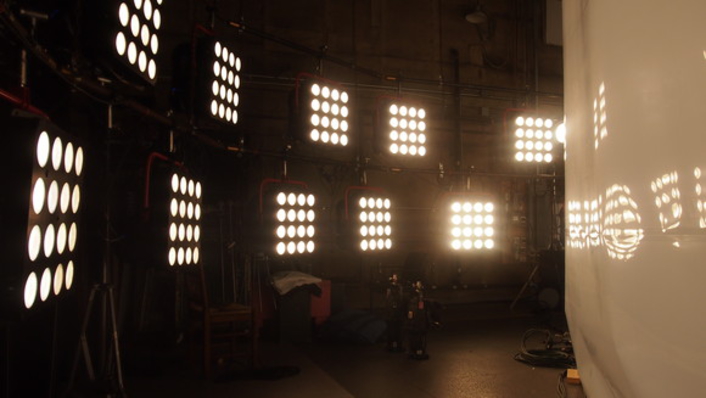 Backlighting is carefully controlled to create the passage of time

6. Sony's professional OLED monitor
Sony's 4K sets make use of the company's super-awesome professional grade OLED monitors for displaying footage in all its natural splendour. The F86 camera can output several different video channels so that different members of the crew can tune into different feeds. The cinematographer needs to be able to see the natural lighting, whereas the camera operators might want to view the footage with different contrast setting so they can see exactly how much detail is being captured in the dark areas of the picture. 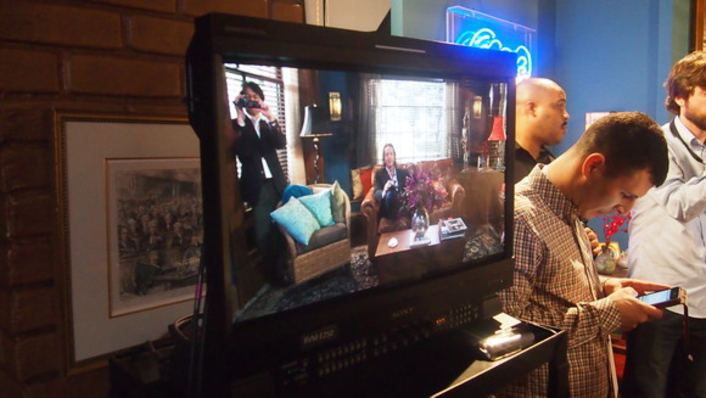 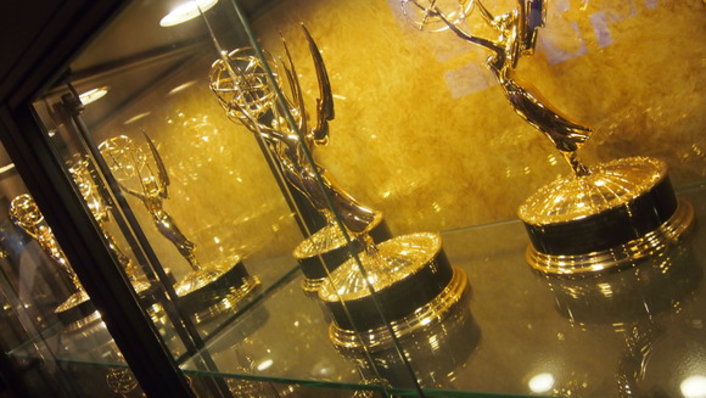 Some of the 30 Emmy Awards won by Jeopardy!