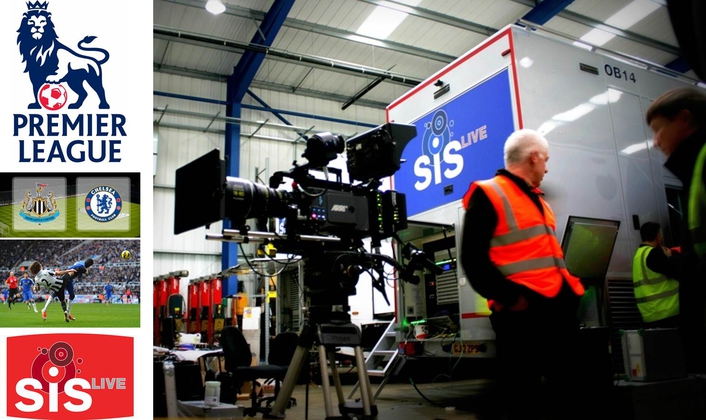 Chelsea v Newcastle given 4K treatment in landmark test
SIS LIVE has put together a working group to explore the technology and workflows required to deliver live, 4K, multi-camera event coverage from an outside broadcast unit, culminating in a field test at St James’ Park on 2nd February.

Working with major camera and equipment suppliers, SIS LIVE has conducted proof of concept tests at base using a range of cameras coupled with its latest 3G capable outside broadcast unit OB 14. All recent SIS LIVE trucks have been built to be 3G capable, designed to handle 4K and HD signals. This has involved testing of signal flows, the use of lenses suitable for live event coverage, as well as the integration of recording technology.

Additionally one of Psitech’s 4K Vortex systems and a specialist engineer were flown over from the United States to take part in the testing. Through this SIS LIVE has gained experience in manipulating 4K pictures within an OB truck setting, and experimented with the capability of the Psitech device to understand its potential applications in the live sport genre. 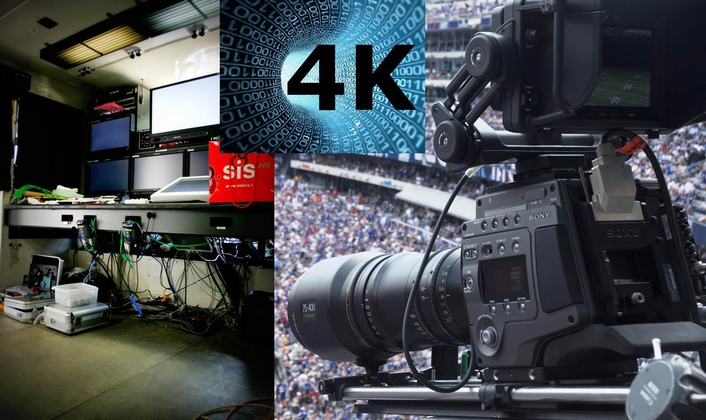 “Phil Aspden, Commercial Director, SIS LIVE says “4K technology is still at an early stage and there is a huge difference in the requirements of single camera capture compared to that needed to transmit live shows. Live sport, for example, requires very reliable equipment with very low failure rates. If a shot is missed due to failed equipment there is rarely an opportunity to restage the event. This becomes even more challenging when the technology has to be compact enough to be mobile and able to operate from a range of locations. Outside broadcast vehicles provide finite space which limits the amount of equipment that can be installed. OB environments are often challenging which puts extra demands on the equipment so any 4K equipment needs to be as compact, portable and reliable as possible to be able to capture the range of shots we currently achieve in OB scenarios.”

SIS LIVE supported the BBC and NHK in their super hi vision transmissions of the Opening and Closing ceremonies and other sports events at the London 2012 Olympics. In the preparations for the project they provided expert technical and logistical OB support for the Japanese NHK crew tasked with integrating the specially adapted outside broadcast vehicle and audio equipment shipped in from Japan. SIS LIVE provided dedicated workshop space and technical support at their Langley OB base to assist with the integration of the NHK audio equipment into the SIS LIVE audio truck which operated alongside the NHK SHV OB unit.

David Meynell, Managing Director, SIS LIVE says “It is inarguable that 4K technology is going to be part of our future. If the popularity of 4K consumer technology continues to rise we will reach a point where broadcasters want to transmit live events in 4K, and this means that SIS LIVE needs to be ready to deliver. As with all new technologies we are monitoring its development and potential demand closely, ensuring that we remain at the forefront of technological development.”

About SIS
SIS is one of the world’s leading companies in the television broadcasting industry. It is the foremost supplier of television programming and data services to the UK and Ireland betting industry. The company’s broadcast business, SIS LIVE, has the largest satellite uplink fleet in Europe and is the largest outside broadcast provider in the UK. It offers a complete broadcasting solution including onsite outside broadcast facilities, global distribution, satellite internet and IP provision, special camera systems, wireless camera solutions and broadcast systems integration. SIS LIVE designs, develops and manufactures an award-winning range of satellite and broadcast products. The company covers 100,000 hours of live events worldwide each year and credits include the America’s Cup, Formula One, London 2012 Olympics and Paralympics, Wimbledon Championships, Glastonbury Festival and European Tour Golf, and delivers approximately 80% of live news feeds across the UK.