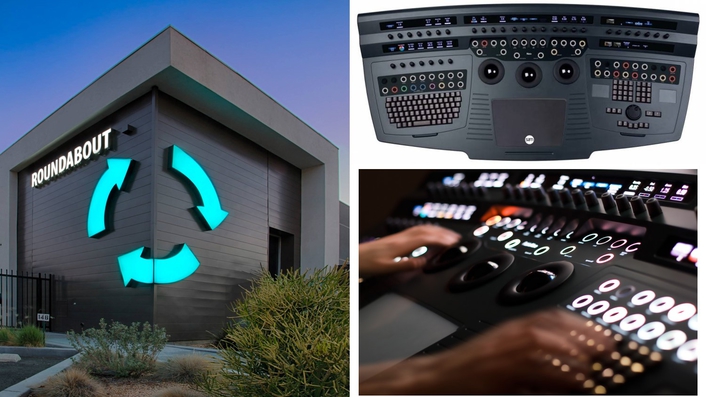 Roundabout, the Burbank-CA based post production facility that specializes in audio, syndication, closed captioning, restoration, and feature film DI, has purchased a Rio 4K online editing, color and finishing tool from SAM for editorial and restoration work on multiple films.

Craig Price, Senior DI Editor at Roundabout, explained that the decision to purchase Rio came easily, especially given the company’s recent involvement with the Academy of Motion Picture Arts and Sciences (AMPAS) and his experience with Quantel products. “I’ve been doing a lot of 4K work for AMPAS, which now handles a lot of restoration of old features in 4K. Moreover, I’ve been a Quantel user for 20 years and have seen their technology evolve over time. With Rio, we get really sophisticated features that make our jobs a lot easier. For example, Rio’s toolset has an intuitive layout so you don’t have to think about it, which saves us a lot of time.”

Roundabout has already put its Rio to use on several 4K projects, one of which is an indie film called ‘Feed’, which involved creating titles that appeared hand drawn. There will be more film work in the future. Roundabout’s CEO, Craig Clark said: “Our commitment to feature film work continues to grow. We’ve just added two new large DI theaters and three additional color bays for a total of eight. We also have a fifth sound stage currently under construction at our Burbank facility.”

SAM’s Rio is a complete color editing and finishing tool for HD, UHD, 4K and 8K projects. Its integrated toolset keeps the whole job in the suite and fully integrates with today’s file-based workflows. With native color spaces stored on disk, Rio handles wide color gamut and HDR grading by using a range of transfer curves. Its 32-bit full-float processing provides stellar results with the highest precision color reproduction output in a range of color spaces.

Neil Maycock, EVP and General Manager, Media Software Solutions, at SAM commented, “We’re delighted that such a busy and thriving post production house like Roundabout has added Rio to its workflow. There really is no better choice on the market today than Rio to help Roundabout deliver leading creative content in what is a very competitive marketplace in Los Angeles.”