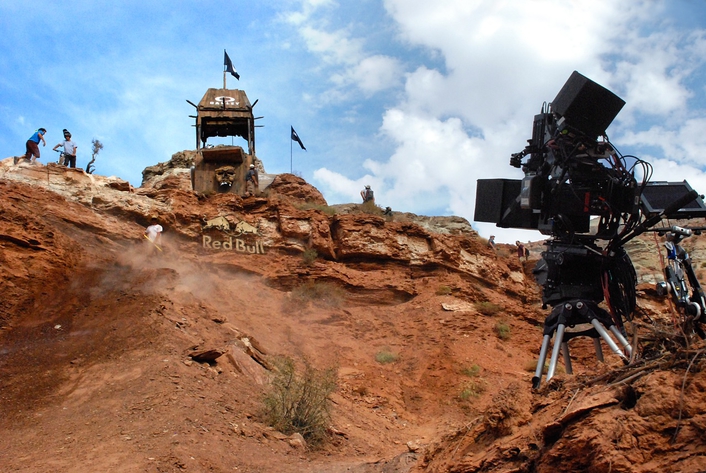 Recognised for utilising the best available resources to create the most captivating, immersive content, California-based Hi-Ground Media, continues to develop a brand that is synonymous with quality integrity. The company provides an unparalleled approach to innovative content creation, by complementing its proven technological infrastructure with a Mistika post production system.

Red Bull Rampage 3D: The Evolution depicts the story of five top riders from around the world, competing at the world’s most extreme freestyle mountain biking event. The documentary was captured in the rugged mountains of Utah in a variety of challenging weather conditions, including rain and sand storms. Rigs were mounted with a variety of zoom lenses, including very long zooms and high speed cameras with wide angle lenses.

Red Bull Rampage 3D: The Evolution was finished entirely in Mistika, using its advanced DI and stereo 3D toolset which included colour correction of both eyes with fast eye-matching tools, 3D geometric tweaks and creative convergence choices. The real time stereo workflow tools in Mistika, and its pixel-based platform, provided Hi-Ground with the ability to precisely align the shots that required geometric adjustments, including the wide angle, slow-motion shots. Executive Producer and Hi-Ground Media Founder, Gregg Katano, explains: “Whether or not a shot is properly captured during production, it is important to adjust each shot in post. Doing so allows for the highest quality 3D imaging to be produced. Mistika’s geometric functionality greatly simplified the 3D adjustment process.”

A3D’s Wayne Miller, adds: “We loved the precision to which we could perfect each part of the shot, and Mistika delivered results very quickly. To achieve the depth and dimensionality, the system allows for both interocular and convergence changes, which gave us the ability to maximise our creative choices in both depth and dimension.” In addition, the Mistika's 3D graphic capabilities were very fast and allowed for a smooth process when interacting 3D graphics with the live action frame. Gregg states: “The Mistika system proved to be an invaluable asset throughout post production. Its innovative system configurations complied seamlessly with our creative endeavours and also saved time.”

Mistika is a flexible high-end post production system capable of SD, HD, 2K, 4K, and stereoscopic 3D with real-time ARRI, RED camera and other native data workflows. It seamlessly integrates timeline-based editing, conforming, infinite-layer compositing, colour grading and image restoration all in one complete system with various toolsets working together in the timeline.