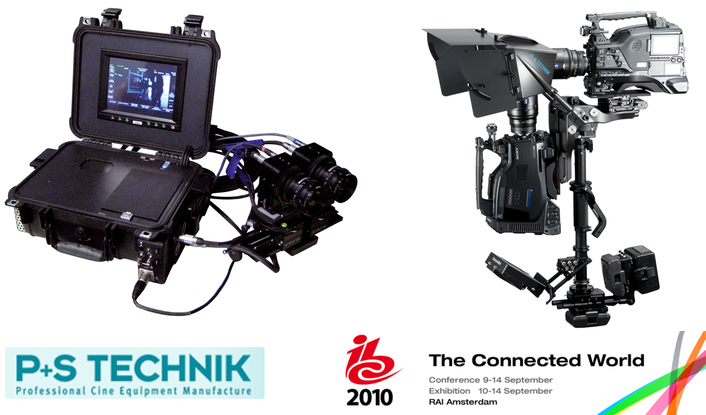 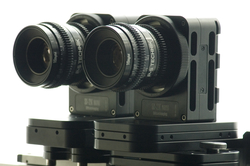 The SI-3D system uses two SI-2K Mini cameras offering filmmakers built-in tools for checking and adjusting camera alignment and parallax shift between the two views. All of the controls are accessible through a simple touch-screen interface. The stereo data is processed in one system, eliminating the need for a separate stereo processor to mix the two signals for a stereo display.

Features of the SI-3D Field Recorder

"The SI-3D camera system streamlines the entire stereo-3D content acquisition and post production process. Combining two cameras into a single control, processing and recording platform enables shooting and instant playback like a traditional 2D camera with the added tools needed on-set to analyze and adjust the lighting, color, flip orientation and stereo depth effects. In post, a unified stereo file plus associated metadata can be immediately graded for dailies, edited, and viewed in either 2D or 3D," said Ari Presler, CEO of Silicon Imaging. “With the SI-3D, all you do is point the camera, shoot, edit, and then do your 3D grading. This camera makes it all one streamlined process.”

GUIs of the SI-3D Field Recorder 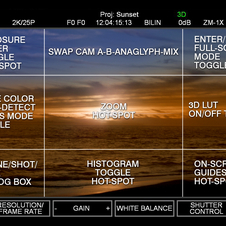 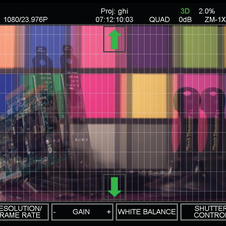 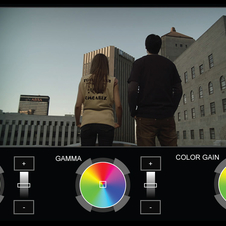 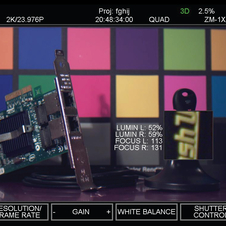 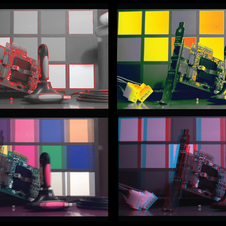 NOTE: The most important new features are already working with the pre-release version available from now on. All of the new features will be enabled until Q4 2010.

The new Freestyle Rig which prototype was introduced at last year’s IBC is now in serial production and very successful around the globe. It is offering the only professional solution for 'Stereo 3D in motion' by opening the realms of camera movement for stereoscopic imagery. By using patented Carbon Formula One proven technology the best combination of load capacity, stability, form and weight was achieved. The structural parts made of carbon fibre provide not only characteristics perfectly adapted for Formula One, but also especially for Steadicam and for shoulder applications. A range of ergonomic mounting accessories prepare this rig for shoulder, crane and dolly use. 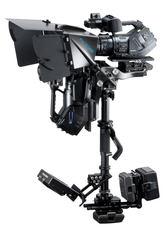 - Universal mount for commercially available Steadicam systems
- Lightweight, slim and compact design for unmatched mobility and portability, easily modified for shoulder, tripod or crane use
- Lightweight and Rugged Design (Optimal balance between weight and stability thanks to Carbon based Design)
- Integrated Motorization for stereo base and angulation
- Maximum stiffness and dimensional stability

Designed for constant equilibration, the rig always keeps camera weights in perfect balance when wireless adjusting the stereo base. Integrated motors for stereo base and convergence adjustment optimize weight and are compatible with available wireless remote control systems. A wide range of professional lenses and cameras up to 7 kg per camera setup can be carried by the Freestyle Rig.

The Freestyle Rig can be seen in different setups at the booths of all major camera manufacturers (Canon, JVC, Panasonic, Sony…) and at the P+S TECHNIK booth, of course.

P+S TECHNIK is a well-known manufacturer of professional cameras and cine equipment for high-end Digital Filmmaking. Thanks to the close relation with experienced DoPs and our consistent innovation ability we are pioneers in the field of Digital Cinematography and Stereo 3D technologies. This philosophy leads to the development of versatile, reliable and future-proof tools to capture exceptional images.
P+S TECHNIK is dedicated to advancing 3D stereography for broadcastand cinema together with pioneers in the field. The 3D Stereo Rig product family offers leading mirror rigs to cover the requirements of creatives as well as of producers for different types of productions – a Standard Rig and the Freestyle Rig opening the realms of camera movement for stereography.
Thanks to the constantly cultivated close relation with our key clients and experienced Directors of Photography and our consistent innovation ability we are pioneer developers in the field of digital cinematography technologies and make the best technologies even better. This philosophy leads to the development of tools to capture more and more superior and spectacular images which are really exceptional.