Polecam 3D at NAB
Responding to rapidly increasing demand for 3D HD video content, Polecam announces that its 3D-Narrow pan and tilt head is to be supplied as standard with all new systems, with the option of choosing the new 3D-Wide head.

"The 3D-Narrow pan and tilt head allows extremely realistic stereoscopic content to be produced from mini HD cameras positioned side by side on a Polecam jib," comments Polecam founder and Managing Director Steffan Hewitt. "From NAB 2010 onward, the standard pan and tilt head sold with Polecam systems will be capable of holding a 3D camera pair. The Polecam 3D-Narrow head attaches directly to all standard Polecam rigs. It is optimised for normal studio shooting and close-ups where it is desirable to match normal human eye spacing. A levelling plate with three fine-adjustment verniers allows each camera to be exactly matched in height and forward angle. Setup is quick and easy, conforming with Polecam's strategy of ensuring high mobility and operational efficiency."

Polecam's optional 3D-Wide head allows the distance between cameras to be extended so that full 3D impact can be achieved even in long-shot.

The 3D-Narrow and 3D-Wide heads both retain the freedom to achieve sweeping 3D HD sequences that, for the viewer, almost amount to flying. 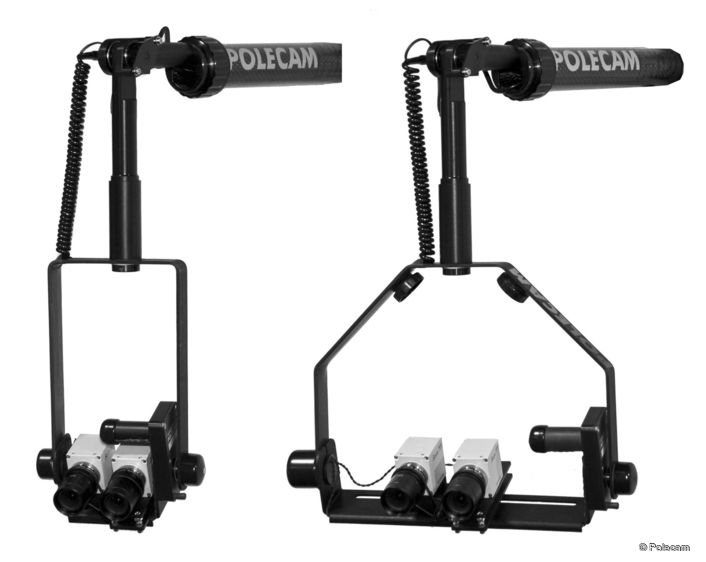 Polecam will be represented at NAB Show 2010 by Steffan Hewitt and Greg Salman.