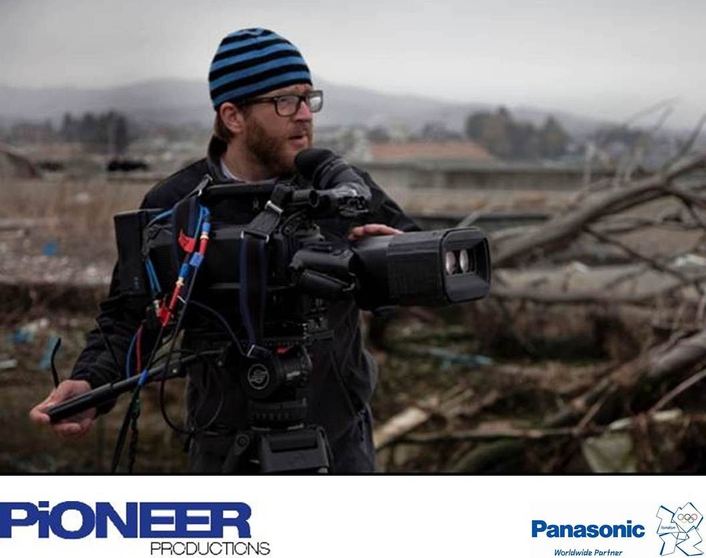 Spectacular "Storm City" extreme weather film emerges as first 3D production
Pioneer Productions is one of the UK's most successful independent production companies having produced more than seven hundred hours of adventure, science and technology, documentary drama, lifestyle, current affairs and history programming for the UK and international markets. Pioneer’s films have been screened in over eighty countries across the globe with clients including many of the best known television channels attracting millions of attentive viewers.

High quality content covering a wide range of interests is essential for broadcasters aiming to attract the kind of audience viewing figures necessary to raise their profile. Pioneer Productions have always recognised this and quality is an established foundation which has in turn helped broadcasters to win multiple prestigious awards.

In the UK, Pioneer works closely with the BBC, ITV, Channel 4, and Channel Five as well as Sky, Discovery and National Geographic. Specialising in fast turnaround programmes that respond to disasters and chronicle the lives of important figures, the company has produced films shortly after major global events including; Japan Tsunami - How It Happened and Steve Jobs - iChanged The World.

Founded in 1988, Pioneer has always adopted the latest technology to ensure it remains at the cutting edge of innovation. Amongst the first to use high definition, Pioneer Productions remains at the forefront of groundbreaking cinematography today with its growing use of new 3D technology.

Pioneer’s first steps into integrated 3D camera image acquisition meant they purchased the AG-3DA1 and AG-3DP1 integrated twin lens 3D cameras from Panasonic, whom Pioneer “have had a fantastic relationship with for many years” according to Laurie Rose, freelance cameraman working for Pioneer Productions.

For Storm City, Pioneer’s latest production, which focuses on re-creating the impact of natural forces to investigate the effects, the team armed themselves with a group of experts, advanced engineering technology and science, and an extensive range of 3D formats looking to allow viewers to witness an immersive experience of every move of nature’s fury.Whilst Pioneer were using a traditional mirror rig setup for acquiring 3D images they had also opted to support the main unit with the shoulder mounted Panasonic AG-3DP1, AG-3DA1 camera recorders plus the more recently launched compact HDC-Z10000 camera for its unrivalled 3D close-up capability.  The team set out to capture the blow-by-blow damage of natural disasters as they wreak havoc on a constructed ‘city’ rigged with blast proof cameras in a man versus nature experiment.  Two-storey houses were fitted with cameras to see how they could hold out against a barrage of simulated extreme weather conditions such as earthquakes, extreme winds, avalanches and floods. 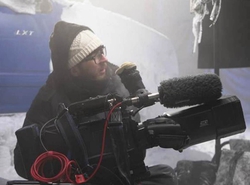 The Panasonic kit proved to work faultlessly in even the very harshest environments with consistent reliability in temperatures down to even minus 35 degrees Celsius. Rose stated that although the process of working with an integrated 3D camera was new at first, it became increasingly intuitive the more he used it . “There were several new  factors in utilising the onboard convergence tools and finding optimal distances to maintain the broadcaster legal limits which became very instinctive. The more I used the AG-3DP1, the more the process became intuitive”.  He added that the AG-3DP1 is “a very decent camera and can achieve very effective 3D”.

Rose explained one of the differences between a traditional 2D shooting approach and an integrated 3D camera. “In 2D a camera operator would usually provide thirty to forty coverage shots that the editor can chose from. In 3D interest can be built into even the most ordinary shot; therefore fewer shots were needed to fill a sequence.” He explained that when shooting 3D “you have to refrain from providing a large volume of shots and instead use the same amount of time composing eight or so shots that optimise the view in 3D.”

Pioneer Productions’ first 3D documentary is being transmitted on Sky Atlantic HD, Sky 3D and 2D channels in four, hour-long episodes and, is due to hit screens in autumn 2012.  With a constantly changing global climate and increasing anxiety towards the subject, the future looks set to see growing interest in the genre possibly helping to prepare people for natural disasters and help to prevent the loss of life and damage to property. The series looks set to be PP’s most ambitious and breath-taking documentary yet, taking viewers around the world by storm.