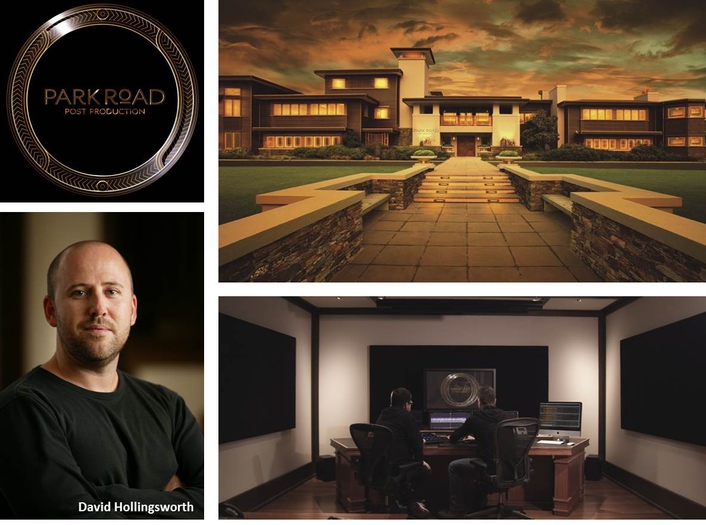 Mistika plays a central role for 3D film production workflows at Park Road
With production now in motion on Peter Jackson's two-film adaptation of J.R.R. Tolkien's The Hobbit, SGO is delighted to confirm that Oscar award-winning New Zealand-based facility, Park Road Post Production has selected Mistika for the majority of Stereo and DI work for the production and post production workflows of the feature film. Mistika now forms the nucleus of Park Road's stereo 3D infrastructure, placing Mistika at the heart of their stereo 3D workflow.

Mistika plays a major role in the workflow process of all Park Road stereoscopic work, including rushes preparation, stereo adjustment, colour grading and EDL conforms for screening. Mistika Operator based at Park Road, Francisco Cubas said: “This is such an exciting time, Park Road is an amazing facility and we are working on one of the most important motion pictures being filmed right now in the world, and Mistika and SGO are part of it.”

Park Road Post Production, which recently purchased an additional four SGO Mistika 4K systems earlier this year, including a Mistika Software License Agreement for the Weta Group, has enhanced its existing Mistika-centric stereoscopic 3D production pipeline to meet the high demands for this high-profile feature film project in stereo 3D. The facility currently hosts a total number of six powerful Mistika 4K workstations. Weta Digital who have taken on the visual effects for both films, also have a Mistika workstation.

Dave Hollingsworth, Head of Picture at Park Road says “We had some very specific and extremely difficult challenges to overcome leading up to the beginning of The Hobbit principal photography. After seeing the Mistika last year and hearing about SGO and the development team, we decided to go down a path of using the Mistika as the hub for our new digital rushes workflow. There was no other system that could deal with turning around stereoscopic Red Epic high frame rate material in the timeframe and with the quality that we needed. Working very closely with SGO along side developing our own proprietary software we have achieved something that is quite incredible and beyond cutting edge. SGO has been amazing, it has been a true collaboration, and it is only just the beginning!"

“This is a very exciting time with Mistika playing an integral part of Park Road's workflow and we are really proud SGO's technology has been placed at the core of the facility.  Park Road could have chosen any other available product on the market today, but the fact that they opted for SGO's Mistika solution to support their outstanding quality work, is such an honour.  We are absolutely thrilled to work with Park Road and delighted they have made Mistika their system of choice, which is now being used in amazing high profile projects." states CEO of SGO, Miguel Angel Doncel.

Director of SGO Global Sales & Operations, Geoff Mills concludes: “SGO is totally committed to providing great technology; and in turn, great technology stems from great partnerships, which defines the very close relationship we have with Park Road. We are dedicated in supporting Park Road's industry-leading projects, not only now, but for the years to come.”

Park Road, is a premier post production facility in Wellington and part of a creative community that includes some of the finest film-making technology and talent in the world. Their reputation for creativity and delivery keeps them in high demand with some of the world’s leading film studios.