“Step Up 5: All In 3D”: The high-tech company from Vancouver, B.C. is revolutionizing the lighting industry one movie at a time
Parasol Advanced Systems is an award-winning technology company based out of Vancouver, B.C. whose products are taking the lighting and entertainment world by storm. Parasol Systems has developed intelligent, self-propelling, and wirelessly controlled vehicles that travel along pre-determined guide ways. Basically, the Parasol Systems technology moves already moving lights.

This innovation means that lighting designers will be able to bring you more dynamic, unique, and utterly mind-blowing visual effects at concerts, clubs, professional sport arenas, parties, and more because they will no longer be restricted to light sources that stem from one static point. Think of the possibilities!

Hermann Fruhm, the inventor and co-founder of Parasol Systems says “This technology will revolutionize the lighting industry. Parasol has literally added a new dimension to the lighting business that we now call the ‘Z-axis’.  The ‘Z-axis’ is a patented technology that allows lighting designers to move the lighting fixtures themselves.” The company boasts three product lines: The STAR600, Kinetic Light Ring System (KLR), and Automated Cart System (ACS) which have appeared all over the world including Europe, Asia, and the United States.

Most recently the KLR10 has taken centre stage for the latest installment of the Step Up movie franchise and has been significantly highlighted in all of the film trailers and in the finale dance sequence.  Brian Pearson, ASC, Director of Photography for Step Up 5, raved about the flexibility and dynamic nature of the product, “Parasol’s KLR10 was really the show-stopper on the motion picture Step Up 5 - 3D, surpassing my best expectations in terms of performance, reliability, and flexibility. From the moment I saw it I just knew it had a place in our big dance finale sequence”. 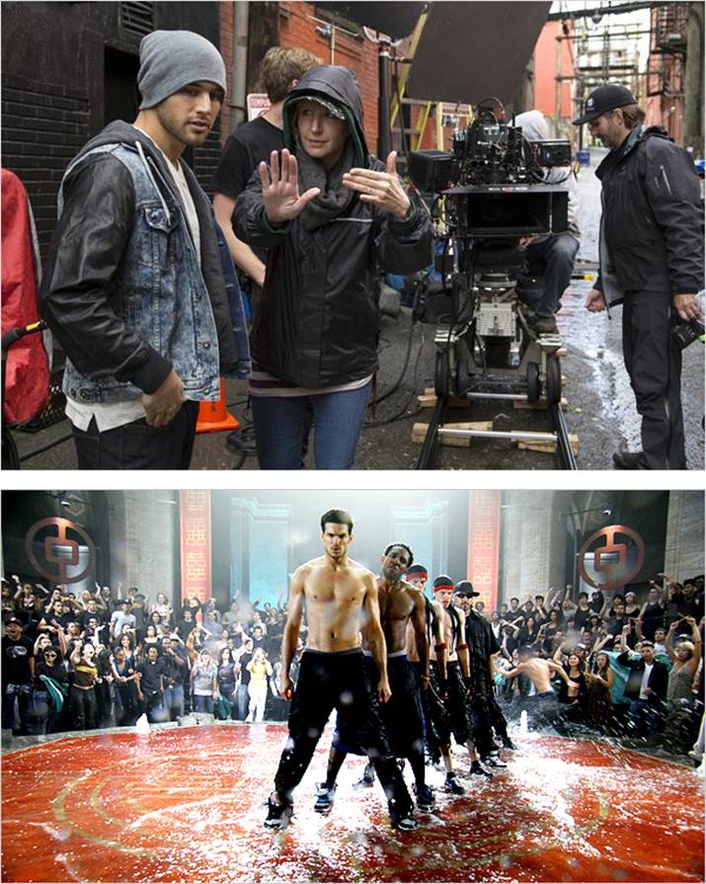 The movie has raked in over $6.4 million over opening weekend, and is continuing to draw a crowd for this dance spectacle already surpassing $49 million worldwide. Parasol Systems is thrilled with the final result and sends their sincerest thanks to everyone involved on the project, namely Brian Pearson, ASC, John Dekker, Lionsgate Entertainment, Dave Butzler, the Bandit Lites crew, William F. Whites, Gaetan Jalbert, and Don Thorseness.

About Parasol Advanced Systems
Parasol Advanced Systems is B.C. based high-tech company that was founded in 2006 by Hermann Fruhm and Randy Krochak, both from Coquitlam, B.C.  The company boasts three different product lines which all feature the patented technology that allows lighting designers to move the lighting fixtures themselves. Parasol is headquartered out of Surrey, B.C. and does their manufacturing out of the Surrey office as well as in Dallas, Texas. Over the past eight years, the company has seen tremendous successes all over the world with their revolutionary product including stage time at Miss Slovakia pageant in 2014, Eurovision in 2012, American Idol and in Disneyland for the premiere of Pirates of the Caribbean 3 in 2011.

Parasol Gets Rave Reviews for the STAR600™
Parasol Debuts at the Eurovision Song Contest
Parasol Turns Heads (and ...ts) with Clay Paky at LDI