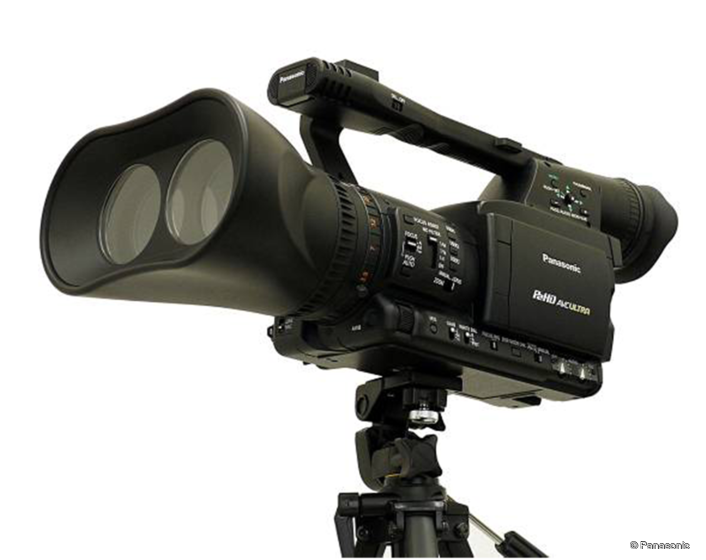 Panasonic 3D Camcorder
Panasonic Corporation today announced it will start developing a professional 3D Full HD production system. The system, which is expected to be the first of its kind in the industry, consists of a twin-lens P2 professional camera recorder and a 3D-compatible High Definition Plasma display.

Hollywood studios moving towards the creation of 3D entertainment content

At present, 3D content producers have to hand-build their own 3D production systems by physically connecting multiple 2D production devices. Panasonic is now starting to work on developing a twin-lens, 3D camera system. Also, Panasonic’s Plasma displays have been used in many post-production facilities in Hollywood, thanks to their high-quality imaging performance, which has been endorsed by leading Hollywood professionals. Technologies and expertise obtained from their use in post-production has enabled Panasonic to further develop high-quality 3D viewing performance in its Plasma technologies. As a result of this process, Panasonic’s 3D Plasma display system will help 3D content producers to quickly and easily evaluate the image quality of 3D content.

Maximizing the creativity of the filmmakers

Each component of Panasonic’s innovative 3D Full HD production system has unique features. The twin-lens P2 camera recorder enables the capturing of natural and high-quality live 3D images. Thanks to the non-mechanical solid-state construction of the P2 system, the camera recorder will be compact enough to allow more flexible 3D shooting, thereby maximizing the creativity of the filmmakers by eliminating the stress factor from the use of the equipment. 3D Full HD recording using Panasonic’s proprietary P2 system also enables recording of two channels of Full HD images on the P2 card. P2’s non-mechanical construction and compactness will also be incorporated into the company’s 3D image recording and editing equipment to make production in the field highly flexible and efficient. 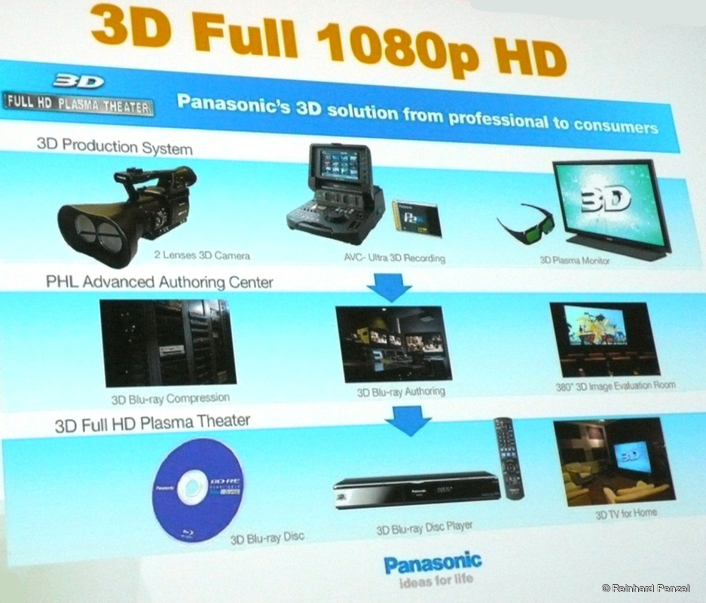