Panasonic and NBC Sports Partner to Distribute the London 2012 Olympic Games in 3D in the U.S. 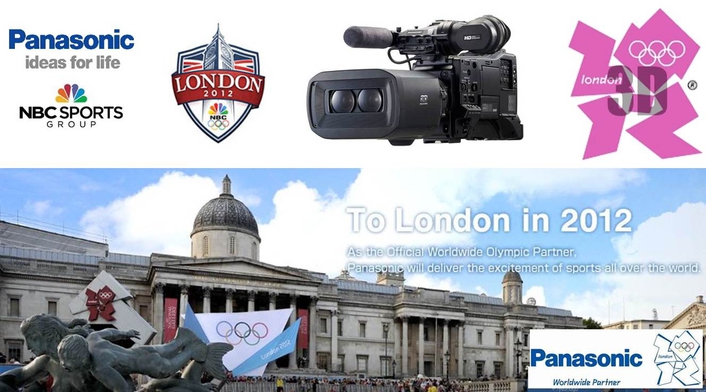 The 3D broadcasts, which will be produced by OBS and shown on next-day delay
Panasonic Corporation announced that its U.S. subsidiary, Panasonic Corporation of North America, and the NBC Sports Group will partner to make the London 2012 Olympic Games available in 3D to all U.S. distributors who carry Olympic coverage on cable, satellite and telco -- nearly 100 percent of the multichannel industry. The effort will mark the first time that the Olympic Games will be distributed in 3D. Panasonic is NBC's exclusive Flat-Panel HDTV and Blu-ray Disc Player advertiser for the London Olympic Games.

"NBC has a history of utilizing technological innovations to distribute the Olympics in new ways for viewers," said Gary Zenkel, President, NBC Olympics. "We are proud to continue that tradition by partnering with Panasonic and Olympic Broadcasting Services to distribute the first 3D broadcast of the Games, in the U.S. in partnership with our multichannel video programming distributors."

The 3D broadcasts, which will be produced by OBS and shown on next-day delay, will span multiple competitions throughout the London 2012 Olympic Games, including the Opening and Closing Ceremonies, gymnastics, diving and swimming. OBS will produce more than 200 hours of 3D coverage during the London 2012 Olympic Games by utilizing Panasonic's state-of-art 3D production technologies including the AG-3DP1, a P2HD professional fully-integrated twin-lens Full HD 3D camera recorder. Cable, satellite, and telco providers who receive the Olympics package may distribute the 3D broadcast via the Comcast Media Center. 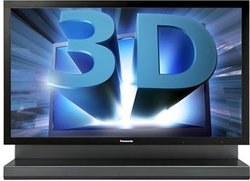 "As a recognized leader in end-to-end 3D technology solutions and longtime Olympic sponsor, Panasonic is very excited to be partnering with the NBC Sports Group which is a leader and trailblazer in Olympic broadcasting," said Joseph M. Taylor, Chairman & CEO, Panasonic Corporation of North America. "Panasonic's expertise in 3D technology coupled with NBC's unrivaled leadership in coverage of the Olympic Games will deliver to home viewers an unprecedented 3D Olympic experience that will make them feel as though they are right there with the world's finest athletes as they compete. Full HD 3D is ideal for capturing the true spectacle of Olympic competition and the pageantry of Olympic ceremonies, and we are excited to be able to bring it to fans across the U.S."

About the NBC Sports Group
When the Comcast-NBC Universal transaction was completed in January of 2011, the broad reach and storied history of NBC Sports united with Comcast's 24/7 ability to super-serve fans to create the NBC Sports Group. The new sports media company consists of an array of broadcast television, cable television and digital sports assets, including NBC Sports & Olympics, Golf Channel, NBC Sports Network, 11 SportNets (regional sports networks) and their respective websites. Together, the new combined assets of the NBC Sports Group possess an unparalleled collection of television rights agreements, partnering with some of the most prestigious sports properties in the world: the International Olympic Committee and United States Olympic Committee, NFL, NHL, PGA TOUR, PGA of America, USGA, Churchill Downs, IndyCar, French Open, Tour de France, and many more.