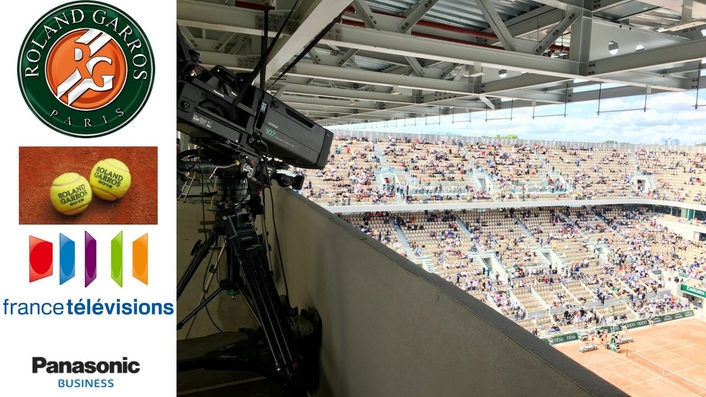 Taking place from May 26 to June 9, 10x AK-UC4000 camera channels, and two AK-UB300 4K box cameras, have been used on the ‘La Fabrique – Toulouse’ OB truck to broadcast live coverage of the main tennis action at Court Phillipe-Chatrier. The highlights from each match are then made available for replay on the channel at the end of each day.

“The AK-UC4000 achieves excellent colour reproduction, and was designed to simplify live production broadcasting without compromising on the image quality,” said Andre Meterian, Director Professional Video Systems Business Unit for Panasonic System Communications Company Europe. “This makes the camera systems well suited to the fast-paced filming across the tournament, and brings the audience even closer to the action.” 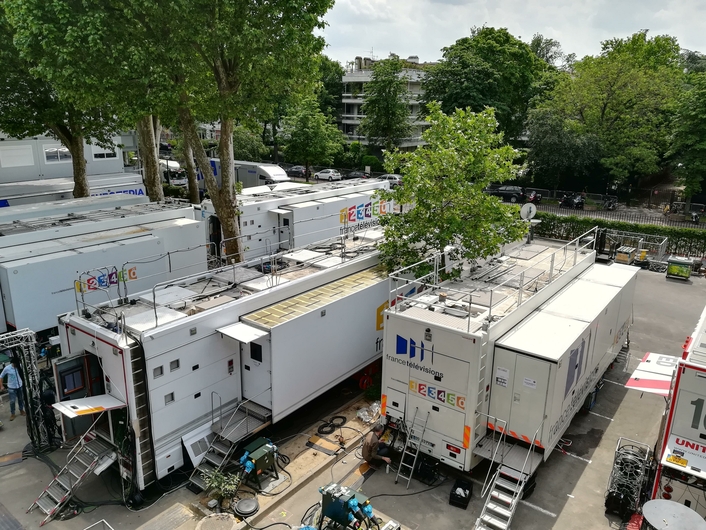 The AK-UC4000 is especially suited to live sports production due to the simultaneous output of HDR and SDR signals, which have enabled the production truck of France Télévisions to streamline their workflow process. This occurs straight from the camera with both HLG and BT.2020 colour space support. Features such as 3840x2160 pixel resolution in 4K and high speed 2x 3x or 4x output at 1080p also ensure that high quality images are captured, even in slow motion.

This content can then be easily edited when received via IP by the France Télévisions headquarters, switching between live television and action relays to create an engaging viewing experience for audiences.
Andre Meterian concluded, “We are proud to see France Télévisions utilising our technology to facilitate one of the most prestigious fixtures in the sporting calendar in the year, and look forward to seeing our high quality feature set in action.”