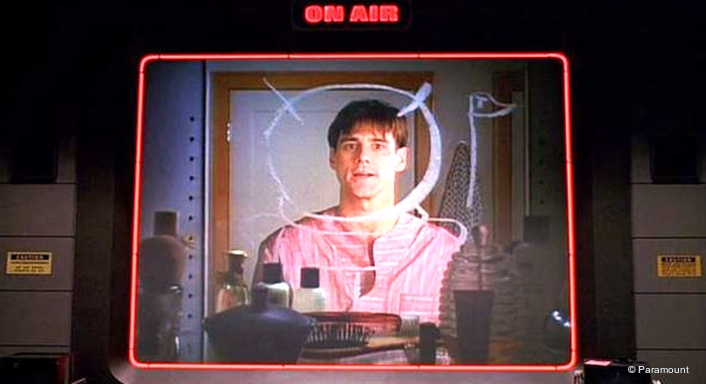 “1.7 billion were there for his birth. And as he grew, so did the technology. An entire human life recorded on an intricate network of hidden cameras, and broadcast live and unedited, 24 hours a day, 7 days a week, to an audience around the globe.” – “The Truman Show,” Paramount, 1998

It’s in the middle of a gut-wrenching change to keep pace with consumer expectations and the dizzying array of options that are emerging that they are up against.

And there’s the cheap route to not-so-smart TV … the dongles.

TV Traditionalists (boomers plus) are perfectly happy with their linear cable bundle, but after a certain amount of aging, they …

Unlike 3D – which I swore 3 years ago would take over the world (didn’t) – 4K content is strong everywhere.

The New Hollywood does nothing but 4K because all of the tools – cameras, systems, storage – are affordable and easy-to-use.

Hollywood and network studios aren’t taking it lying down; all of their new material is in 4K.

In addition, they are having the huge vaults of SD/HD content repurposed (recycled) in 4K. 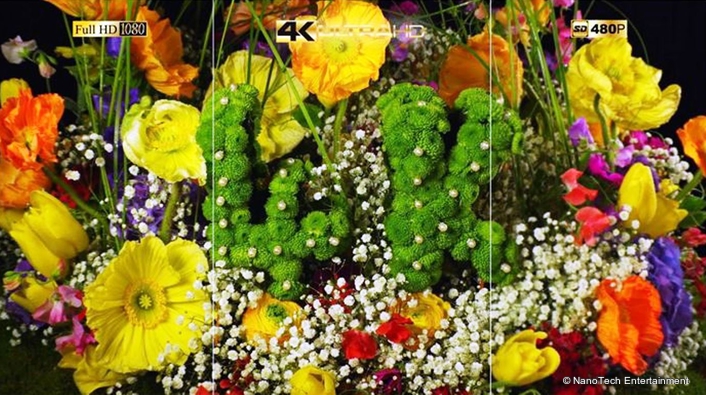 Seeing is Believing – All of the 4K UHD TV sets shown at CES this year (and that’s all that was shown) had the most beautiful, most dramatic images you’ve seen; but since you didn’t have “old” content on the same or adjacent screen, it was difficult to see the difference. But view the differences on a split screen and it’s scary.

The new TV sets from Vizio, Samsung, Sony, LG, Panasonic and others are all smart 4K UHD sets. Great viewing quality,  have a treasure trove of online OTT (over the top) viewing options and are inexpensive.

It isn’t a 3D shock to the senses, it is just freakin’ beautiful no matter how you watch it on your set!

Focus on Success
Set manufacturers are determined to have market leadership, so prices are ridiculously low and it is reflected in the number of sets sold WW.

Of course, the new sets put my relatively new Smart 4K set to shame because they are even smarter, even more brilliant new generation TVs.

But that’s the industry (buy the new today, tomorrow they’ll bring out newer). 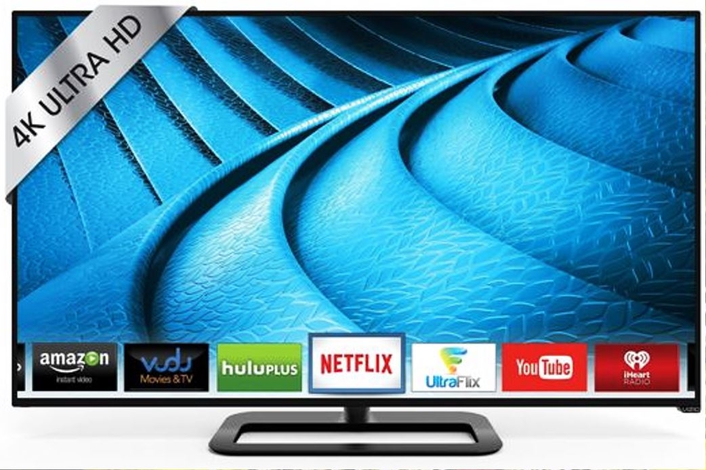 Brilliant – Vizio has been one of the most aggressive TV set manufacturers in enhancing their position with a growing volume of 4K content for every member of the family. The key isn’t just quality viewing but a broad range of content to select from.

The sets all have a few OTT 4K offering locations, which are paving the way for the demise of linear TV.

Everyone knows the HD stuff as a fading bridge to gotta’ have content and 4K will be on all of the “new” channels very shortly.

And that’s the rush by providers today – be the place you usually go for brilliant content and in short order it will be the first, probably the only place you look.

Grandpa won’t add it because hey, he’s satisfied with the cable/network fare.

Yes, we do have an Xbox by the set; and it’s very good at streaming content, it’s much better for online and interactive games, so it’ll stay no matter what

Folks like to talk about the number of households that have cut their cable.

We shaved it (cutting off the TV portion and kept the iNet portion).

Both Options
Networks and stations still have to sorta’ have their content in both the cable bundle and the OTT camps. But they know their future lies with the cutters and shavers.

With OTT, they don’t pay for the privilege of being part of the cable bundle and both sides are struggling to work out the right financial arrangements for the new “sliding scale” pay per viewer payment structure.

Which is why Meryl observed, “You're not right in the head.”

In the new approach, they pay (and get paid) when there’s actually a viewer, either through ad revenues or per view.

Content owners and ad folks like it because they know exactly how many revenue viewers there are. 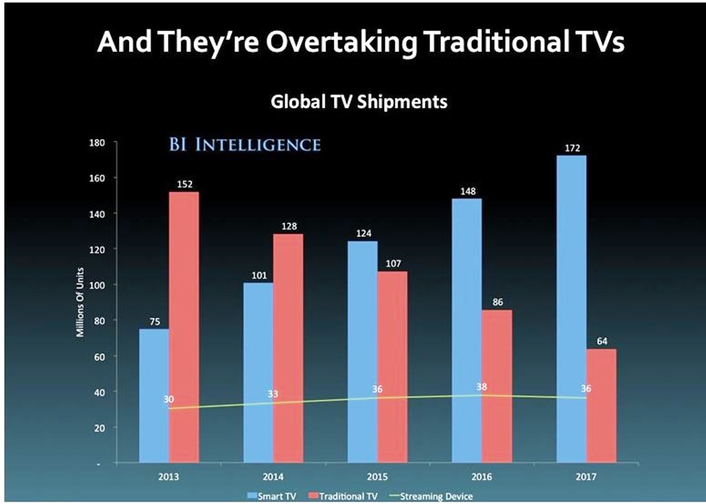 Rapid Move – Manufacturers who had the tail end of their HD production run to sell this past holiday season found it difficult to compete with 4K smart sets that were aggressively priced.

It won’t be long and you’ll have to scrounge to find an HD set.

There will still be buyers for the OTT dongles if you want content on your old set or you snag a cheapo smart 4K set, but their need is fading faster than your fixed program schedule and cable bundle.

The old TV model is fading because households are increasingly time-shifting shows to their schedules, not the networks/stations.

Then there are the younger generations (2 – 24) that never had a cable to shave/cut.

The big set manufacturers and service providers all showed how people could move their entertainment from the huge 4K UHD sets to their mobile devices - tablets, smartphones, and notebooks.

The whole idea is finally, you can have your entertainment your way.

With the massive amount of Big Data you’re providing on your viewing habits/tastes, they’ll be able to repeat Christof, “I know you better than you know yourself.”

Any Screen, Anywhere – If you believed all of the people in the booths at CES, there’s no business like show business (O.K., and cars). Every screen manufacturer was explaining how their device was going to be the entertainment winner in 2015.

The whole idea is that entertainment is the driving force in today’s/tomorrow’s device sales … video content anytime, anywhere and on a multitude of devices.

For example, our daughter gets 4K on her MacBook Air and iPhone; son gets it on his ultralight notebook and smartphone.

Sure they do.  It’s whatever screen they have at the time.  It’s just that streaming content to your iPhone or smartphone seems like a waste of pretty expensive bandwidth.

The biggest hurdle isn’t the content being available or the OTT channels or smart sets/devices.

The problem is streaming all that content (it’s 4x bigger than HD) over the air/through the pipes to your devices.

Akamai, the leading CDN (content delivery network), does a quarterly State of the Internet report and an important part of it is 4K readiness. Streaming delivery of UHD video requires 10-20Mbps of bandwidth (lower end if they use super efficient codecs, upper end if they don’t).

Your Speed May Vary – The coverage, speed and quality of Internet service varies widely, according to the industry’s leading content delivery network – Akamai. That’s understandable, depending on whether the infrastructure is privately or publicly owned. Of course, costs also vary … all over the map.

Many countries have better streaming capability than the U.S. and Canada.

But it’s also true that folks in the two countries get to pay more for that lower bandwidth so that should count for something.

Carriers claim they could upgrade their infrastructure except for:
-        The high cost (to them) and uncertainty of ROI (rapid return on investment)
-        Uncertainty of net neutrality (different rates for different folks)

Of course, with Google Fiber (freakin’ blinding fast) entering the competitive landscape city by city, state by state; local providers might be “encouraged” to invest in the upgrades just to retain customers.

And they are all building out at a pretty good clip because the network executive said, “The sponsors are threatening to rip up their contracts.”

Wired speed in the U.S. isn’t a problem according to many experts; but according to Akamai, Cisco and Ericsson, mobile connection speeds/quality varies all over the map and poor service costs the same as good service ... it’s just harder to find.

While some analysts like to say people are abandoning TV and going strictly to my content, my way, my time, my place, my device; it ain’t necessarily so.

Mobile device viewing is to kill (fill) time – short form content 5-15 minutes and rounding out the rest of the show activities.

And it’s popular.  At VidCon it was reported that over 400 hours of video are uploaded to YouTube every minute or 65 years of new video every day and most of it is in 4K. 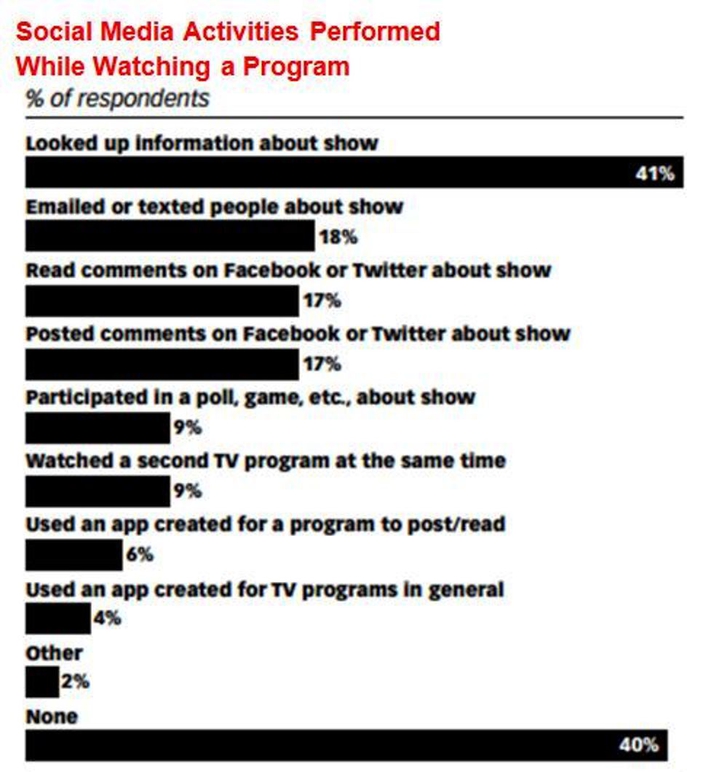 Multitasking – While people do use their mobile devices for limited video entertainment, most of the time the devices are used in conjunction with the larger smart TV sets for talking with others, researching and increasingly, interacting with the entertainment.

In the APAC (Asia Pacific) region, Harris Research notes that most (75 percent plus) make use of the 2nd screen while watching TV.

Harris notes that in most markets, the connected device is used as a distraction from the content rather than as a complement. They play games, chat with friends, gather other information and download related apps.

In other words, 78 percent say their big screen time is really distracted viewing because they are also doing something else – online activities, texting, reading, research, stuff.

That’s not going to change.

They want the high-quality visual element … they don’t want to be locked into scheduled air time … they can’t put down their smartphone.

Which made me think/realize that the cable folks already have a pretty impressive infrastructure to the home so they’re more than half way there.

In addition, they have a growing volume of experience in delivering your VOD (video on demand) service, which should give them a little edge on meeting the demands of the new anytime, anything viewer.

All they need to do is add a few more servers in their regional offices and a ton of storage to hold all the content until you want it and they’re there. 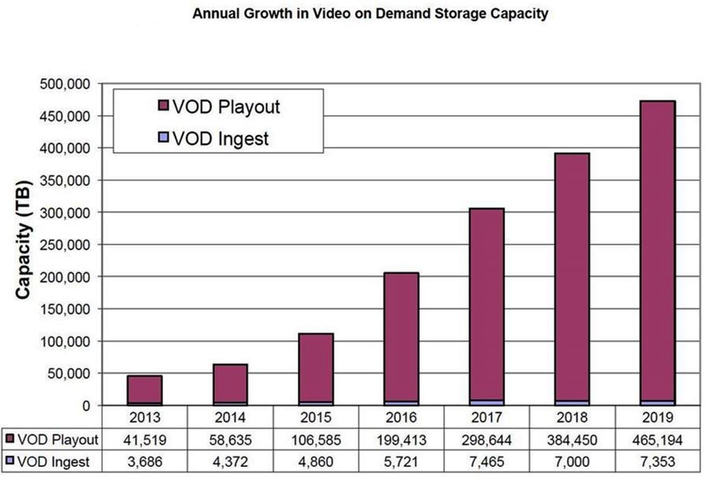 Anywhere Storage – While there are a lot of things to be ironed out for cable providers – like how quickly to make the switch – the given is that they will require not only a whole lot more storage but also intelligent storage.  After all people expect their content the minute they click on the show … not in a minute or two.

O.K., so they’ll have to have some more intelligence in their systems to ensure the right content is ready for your ever-changing tastes and viewing options; but that shouldn’t be too hard for them since survival is at stake.

The broadband provider that doesn’t invest in, offer, deliver ultra high-speed and reliable service will lose customers and marketshare BAM!!

Its hell to find out after everything you’ve done success is simply about ratings. 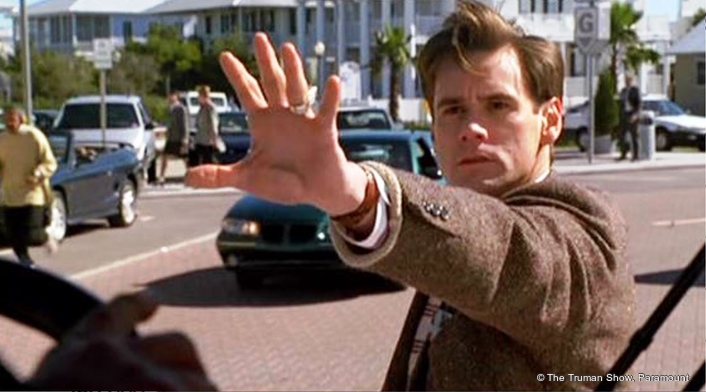 As Christof explained, “We accept the reality of the world with which we're presented. It's as simple as that.”