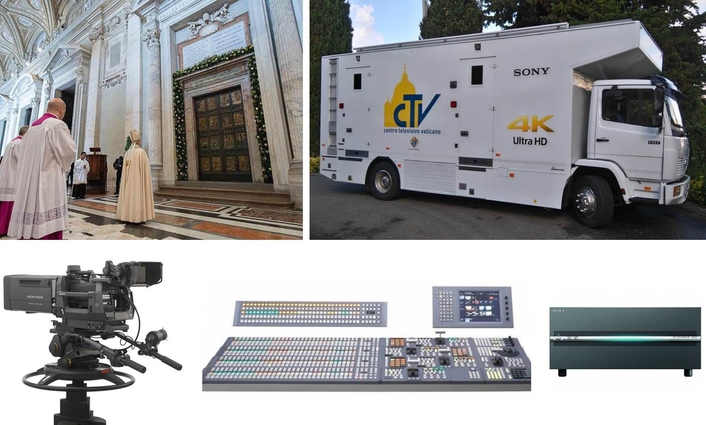 The Centro Televisivo Vaticano (CTV — Vatican Television Centre) has announced a major overhaul of the equipment used for its live footage capture. By this autumn, their OB-8 OB truck will be fully kitted out with 4K technology and will feature eight Sony HDC-4300 cameras, a 4K PWS-4400 server and a 4K MVS-7000X switcher.

The mobile unit will be unveiled on 8 December 2015 at a truly unique occasion: the opening ceremony of the Holy Door at St. Peter's Basilica in Rome, which will mark the start of the extraordinary Jubilee of Mercy. The event will be filmed in 4K Ultra HD and High Dynamic Range (HDR), delivering an immersive experience. HDR is all about trying to capture, deliver and display images in a way that is as close to the performance of the human eye as possible.

This latest choice of technology is just another step on CTV's path to modernisation. For several years, CTV has been increasingly focused on innovative formats, particularly 4K. Its new equipment will position the OB-8 right at the cutting edge for 4K live production, equipped with products from the latest generation of Sony 4K/HD live production solutions. In addition to the eight Sony HDC-4300 cameras, boasting 4K image sensors and Fujinon 2/3" lenses, the truck will feature a PWS-4400 server, a HD/4K multi-port storage unit and a 4K MVS-7000X mixer. This will mean it can capture 4K and HDR images and offer unprecedented technological support from production to storage.

HDR is a truly innovative way of broadcasting. Just as the human eye is able to capture a wide dynamic range and wide colour gamut, distinguishing between elements at high and low brightness, as well as picking out content in high-contrast scenes, HDR strives to capture much more information. True innovation stems from the development of advanced optical/electrical sensors, capable of capturing images with increased detail to create more lifelike images. This format is therefore particularly effective for filming live, large-scale events, such as those captured by the Vatican Television Centre.

"We needed to update our mobile infrastructure and at the same time align our technology with the quality standards of the most advanced international broadcasters. Producing content in 4K and HDR is therefore an area of great interest for the Vatican Television Centre, which is really focused on the development of this new production technology", said Stefano D'Agostini, Technical Director of CTV.

"CTV's mission is to document all of the activities of the Pope and the Holy See and then offer a service that draws television broadcasters from all over the world. This requires the highest attention to quality and the need to keep up to date with the latest and most advanced technologies. HDR's ability to capture reality just as our eyes see it has certainly provided followers and viewers from around the world with a great opportunity to be part of the events of the Holy Father in an even more immersive and engaging way", stated Monsignor Dario E. Viganò, Prefect of the Secretariat for Communications for the Holy See.

"For many years, Sony has worked with CTV, who have achieved important technological firsts, offering productions of the highest quality. Sony is extremely proud to have played a significant role in documenting historical events of global significance, such as the beatification of Pope Paul VI and the canonisation of Pope John XXIII and Pope John Paul II, all filmed in 4K. Choosing this format was no accident, and it has proved to be particularly innovative", emphasised Benito Manlio Mari, Country Sales Manager, Media Solutions, Sony Professional Europe. 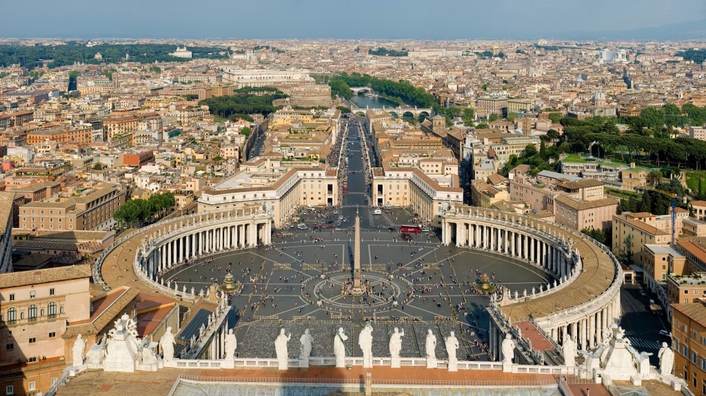