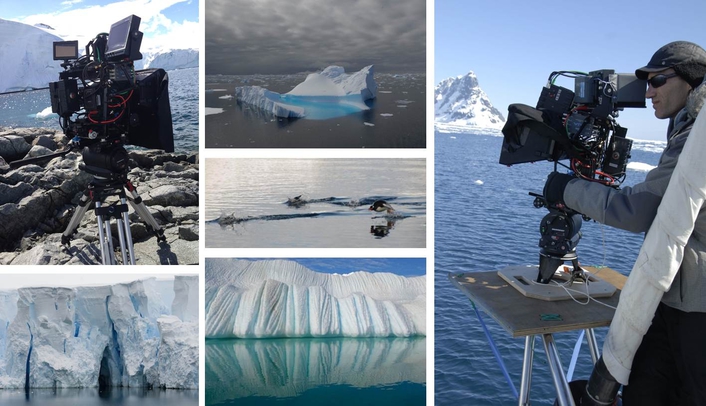 Corben chooses OConnor 120EX for Wild Antarctica 3D shoot.
Digital 3D, a Los Angeles-based production company, is known for taking their gear on wild rides. Its Emmy-winning Director of Photography/Producer Ken Corben pushes boundaries so that viewers can experience worlds they would never get to see on their own. Earlier this year, Corben and a crew of ten departed Ushuaia, Argentina for the Antarctic Peninsula aboard the 74’ sailboat, Pelagic Australis.

Their mission was to shoot penguin colonies underwater, from the air and on land/ice with a shooting package that included their 3D Epic beam-splitter with Zeiss and Nikon primes supported by the 120EX fluid head from OConnor, part of Vitec Videocom, a Vitec Group company.

“We’d first used the 120EX, while beta testing the Quasar 3D rig and found the balance perfect for 3D,” says Corben. “So, when this project came along, we knew it would be the best fluid head for the job. It proved to be smooth and balanced, even with a heavy load in sub-freezing Antarctic conditions. We also appreciated the adjustable camera plate and the electronic balance readout for fast pre-sets. The system’s easy breakdown was great, especially when we had to hump gear to the top of a glacier!

“We put the 120EX to the test,” he adds. “At one point we mounted the 3D beamsplitter to the nose rail of the sailboat with a hi-hat and the 120EX. It made everyone nervous. But the result was great! The ‘tracking’ tilt reveal shots from the glacier’s reflection in the water to the glacier in 3D are spectacular. The 120EX also flew our 3D rig as we shot; everywhere we needed it, from the dolly to the hi-hat. Whether we were on the camera boat or the tops of glaciers on sticks – it never failed us!” 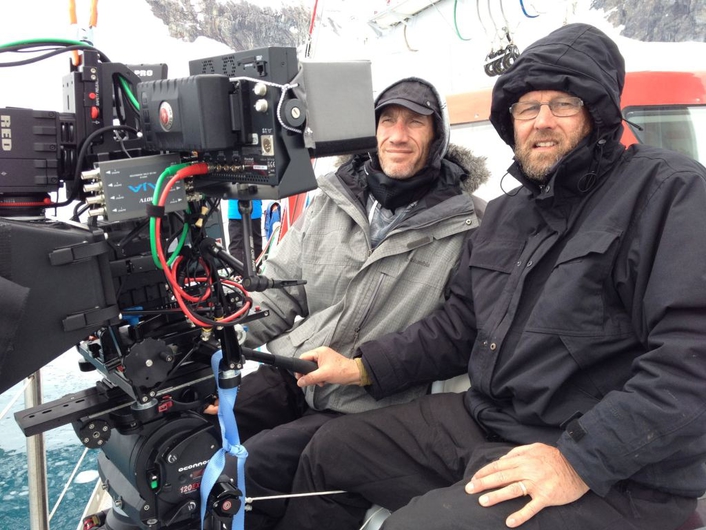 The OConnor 120EX is the flagship of OConnor’s extended capacity range of fluid heads. This patented head features the stepless counterbalance and ultra-smooth pan & tilt fluid drag expected from OConnor fluid heads as well as EX technology for supporting heavier payloads.EX fluid heads can go far beyond their standard capacity by slowly limiting tilt range as the payload is increased.

The result of Corben’s Wild Antarctica 3D shoot will be a 20 to 40 minute digital 3D theatrical release for large format theaters later this year. It is one of the many productions Digital 3D has shot, supported by OConnor fluid heads.