No compression, No Compromise 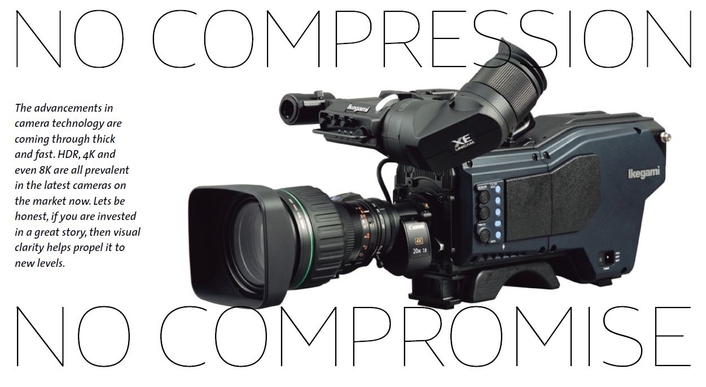 Ikegami, has always been at the cutting edge, whilst still holding its reputation of being reliable and robust. In 2016, Ikegami introduced its UHK-430 camera, the world’s first camera with the ability to output an uncompressed 4:4:4 resolution RGB transmission of a 4K video signal.

Designed for use in the studio and on location, Ikegami’s UHK-430 features three 2/3-inch 4K CMOS sensors and RGB prism optics. Equipped with the new AXII ASIC chip for low power consumption and new processing features, the UHK-430 is capable of 40 Gbps transmission using standard SMPTE hybrid fibre camera cable. Along with the ability to transmit an uncompressed 4:4:4 4K video signal, it also boasts the capability to transmit eight HD channels from CCU to camera, including multiple return video and two HD prompter video channels, plus one HD trunk channel from camera to CCU, allowing for greater flexibility. 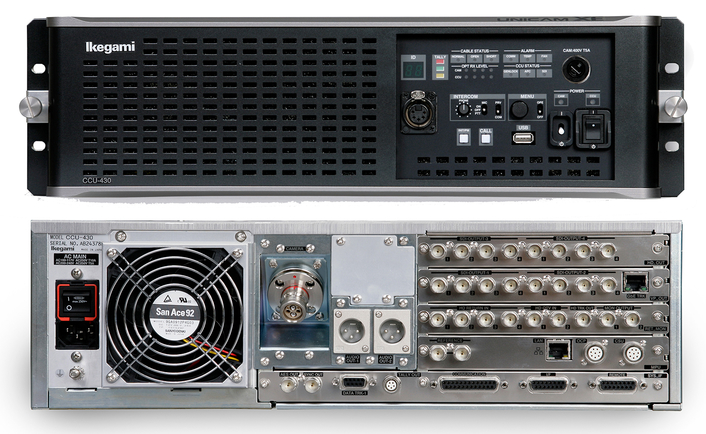 The 4K video signal processing is done at the CCU. This means the processing such as lens aberration correction, DTL and colour matrix are processed inside the CCU. It is for that reason Ikegami employs the 40 Gbps bandwidth, to enable the uncompressed video signals transmission, which is the best possible option for these video processing circuits.

Ikegami has a saying, ‘No compression, No compromise’, and taking away all the technical ins and outs, that is what it is about. Transporting the image that has been so beautifully captured without compromising any of the quality.

The industry is excited to talk about the amount of pixels and frame rates in a shot, which undoubtedly is paramount to the progression of our industry, but how we handle that that data is surely just as important. The word data is not one that immediately evokes a feeling of creativity, yet it is so important to the final result – which is why Ikegami is proud of its ‘No compression, No compromise’ ethos.

The CCU-430, the camera control unit, ensures the uncompressed magic can happen. Connecting to the camera head by 4km of SMPTE hybrid camera cable, full bandwidth video, audio and control data plus power is carried to the camera. This can also happen with up to 10km of dark fibre, in situations where local power is available for the camera, allowing smooth and easy migration from HD to 4K production.

As Ikegami is constantly looking to the future, its CCU-430 Camera Control Unit has been designed to support 3G-SDI, 12G-SDI, Simultaneous-Output and VoIP interface. This is made possible by swapping the rear plug-in module, which further allows flexibility to support greater resolution, frame rates, colour fidelity and future trends for 4K systems, once again recognising a content creator’s need to be flexible. 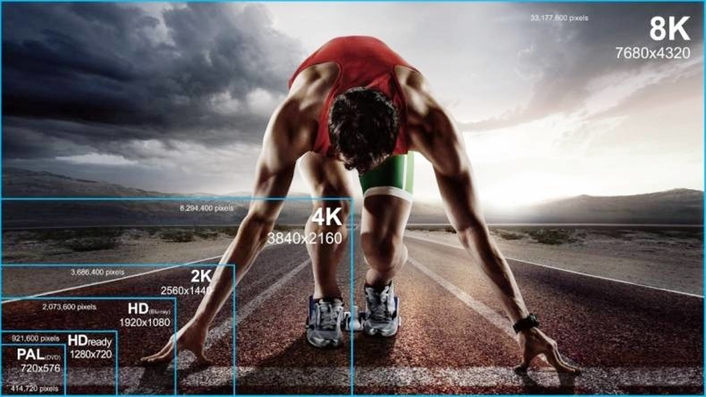 But of course, as well as being able to transmit high resolution images, the beauty of the UHK-430 is that it also captures in high resolution. Originally launched with 4K-only it now has the capability to capture in HDR, thanks to the AXII next generation high-speed video processor. Ikegami developed this processing engine in anticipation for the next generation HD, 4K and 8K format cameras. The AXII boasts the ability to perform high speed processing of HD, 4K (4 x HD) and 8K (16 x HD) super high-resolution video signals in various formats and frame rates. Ikegami is set to use the AXII processor as a platform to accelerate product development, allowing Ikegami to continue to be pioneers in its field. The company has proven this repeatedly. Most recently with its SHK-810 8K camera, which was developed in collaboration with Japan Broadcast Corporation (NHK) and famously used in the 8K broadcasting of the 2016 Rio Olympics in Japan. 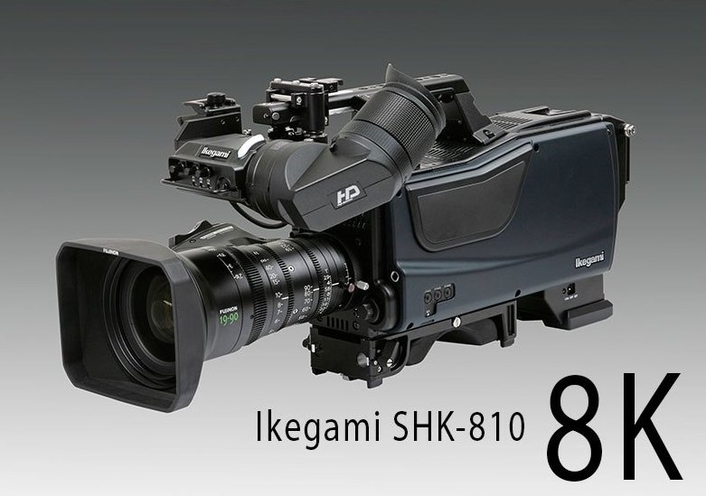 Ikegami has always made it its mission to be the driving force behind beautiful images, and through its determination on being successful has not only created an industry first, but a world first. Uncompressed video is the future; just remember ‘No compression, No Compromise’.