Japan’s NHK public broadcaster was showcasing its latest 8K OLED screen at IBC, developed in conjunction with LG Display and Astra Design. Measuring a staggering 130” across, the current plastic ultra-thin model can drop from the ceiling in the style of a cinema screen, and comprises 4 separate 65” screens stitched together.

The screen is just 1mm ‘thin’. Engineers from NHK’s Science & Technology Research Labs, speaking at IBC, said the R&D team were working towards having the technology in place for retail by 2020, and the Tokyo Olympic Games.

Other concepts under consideration would see screens able to be used in place of wallpaper, and while a separate box of electronics would need to be placed close to the screen it would not necessarily need to be fixed beneath the screen. 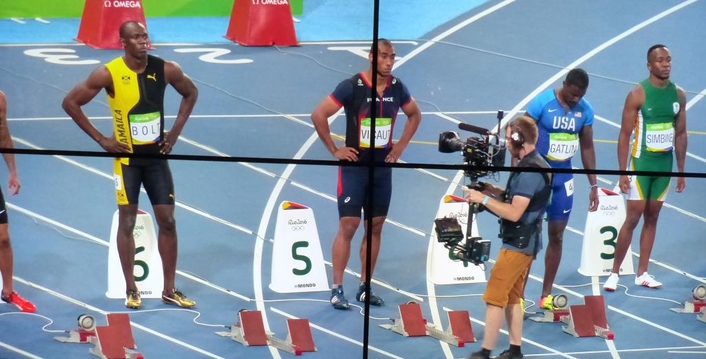 NHK captured more than 100 hours of Olympic Games 8K coverage from Rio, and these images were viewed by more than 200,000 people at special public viewing areas in Tokyo, Osaka and at more than 50 NHK retail bureaux throughout Japan. 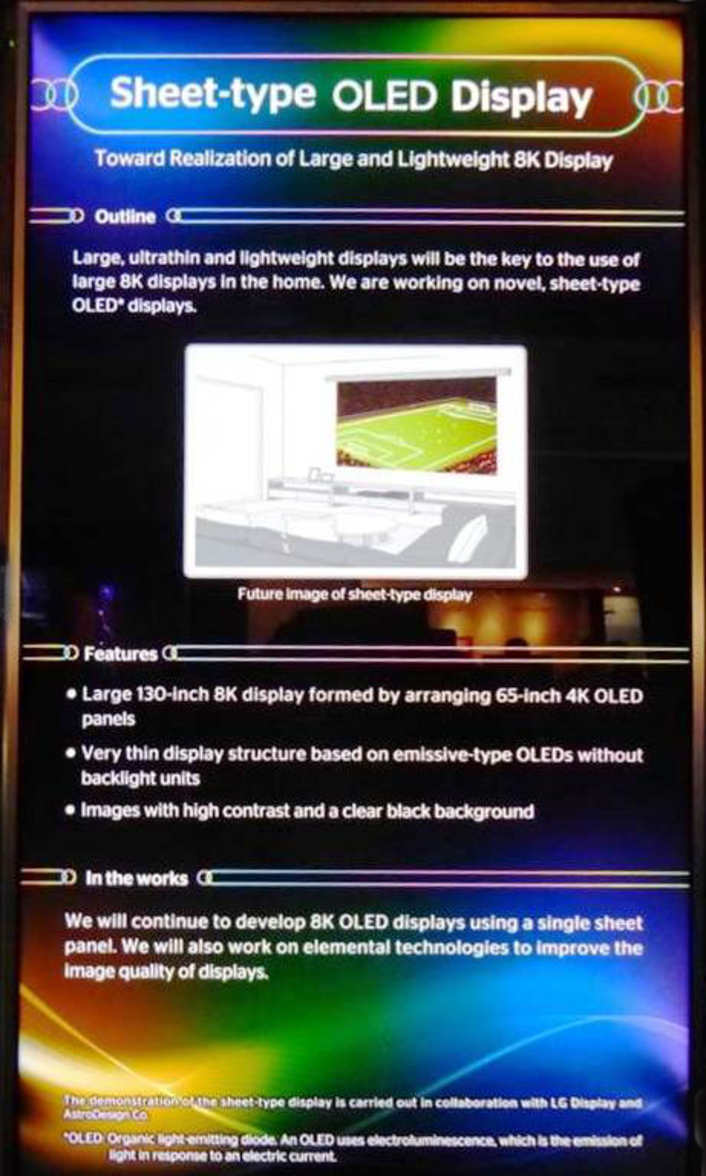