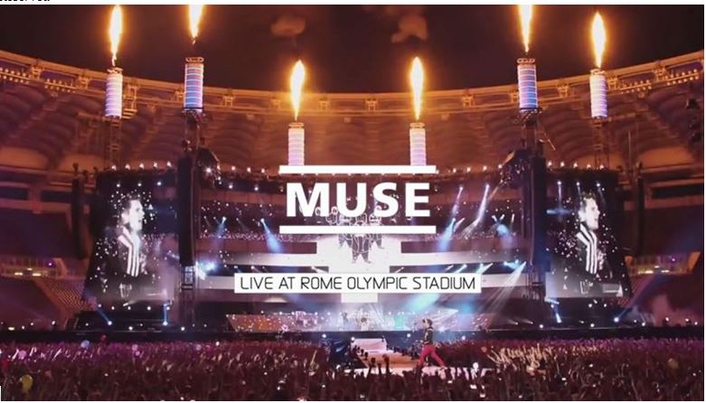 "MUSE - Live at Rome Olympic Stadium" filmed on 6th July 2013 in front of a capacity audience of over 60,000
NanoTech Entertainment (OTCPINK: NTEK), a pioneer in bringing the 4K Ultra HD experience to consumers, and MUSE announced today that UltraFlixâ„¢, the all 4K Ultra HD Over-the-Top (OTT) streaming video service will deliver the first concert film completely shot and produced in 4K Ultra High Definition to consumers' homes this summer. The concert was shown in hundreds of 4K-equipped theaters around the globe last November and December.

MUSE, one of the most exciting live acts on the planet, will help lead the charge of UltraFlix, delivering hundreds of hours of concert films from leading artists around the globe in 4K Ultra HD. Other recently signed on concerts and music documentaries include Mumford & Sons, Incubus, Jimi Hendrix, Kings of Leon, Paul Simon, Pearl Jam, Pink Floyd, AC/DC, Shakira and Michael Jackson. 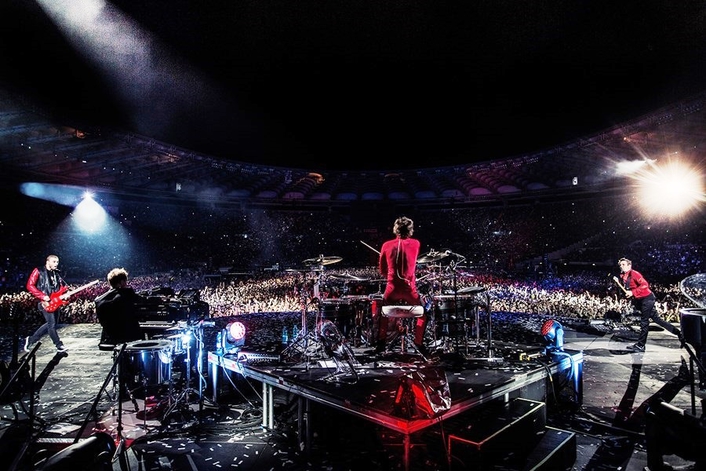 Members of MUSE said "This was the biggest tour we've done in terms of scale and production value and it's definitely the show we're most proud of, so we're really excited to release it In 4K Ultra High Definition for the first time. It captures an extraordinary amount of detail and not just everything we're doing - the fans, even those at the back, the set, the actors and the incredible atmosphere on a very special night in Rome. We can promise our fans, whether they managed to come to the live shows or not, an entirely new Muse concert experience." 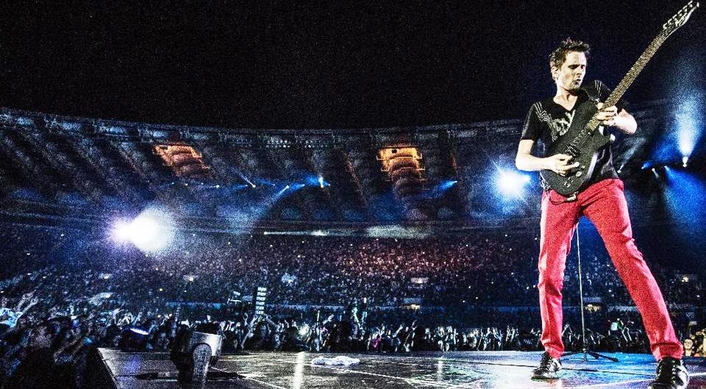 "UltraFlix is now slated to become the front-and-center 4K Video App on all major 4K TVs this year," said Aaron Taylor, NanoTech's Executive Vice President of Sales & Marketing. "Securing and delivering a wide variety of new and classic 4K titles to consumers homes is our top priority for 2014 and beyond. MUSE's live performance talent and industry vision have enabled us to demonstrate what 4K is all about. This film is simply stunning and we're honored to be the first to deliver the concert to millions of consumers who will bring home The Future of Television this year." 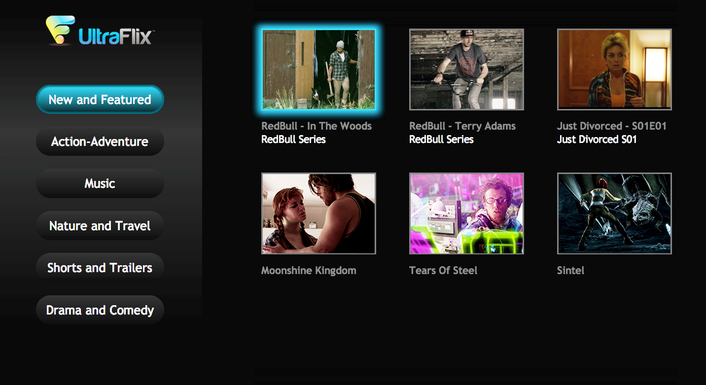 With the latest additions to its vast library of pristine 4K Ultra HD content, UltraFlix subscribers will be able to choose from more than 300 hours of sci-fi, action/thriller, comedy, drama and family movies as well as knock-your-socks-off extreme sports videos, concerts, TV shows, special events and moving murals in addition to 100 hours of free content.

NanoTech's Nuvola NP-1, which comes preloaded with UltraFlix and several video, gaming and social media applications pre-installed, is a multifunction device that can stream videos in 4K Ultra HD as well as HD, SD and 3D formats. The NP-1 is based on the NVIDIA Tegra 4 and uses the latest Android Operating System 4.4, KitKat. NP-1 users have fast and easy access to thousands of video games and applications from NVIDIA Tegra Zone, Ouya, and the Google Play Store.

Availability, Pricing
UltraFlix, the world's first dedicated 4K Ultra HD IPTV/OTT channel is available now on the Nuvola NP-1, and will be available on a variety of other 4K Ultra HD devices and TVs later this year.

About MUSE
MUSE has released six studio and four live albums which sold more than 15 million throughout the world. One of the most critically acclaimed rock bands in the world, the band has received multiple awards including two BRIT Awards (10 nominations), a Grammy Award (6 nominations), five MTV Europe Awards (12 nominations), an MTV Video Music Awards, an American Music Award. They have also won numerous press awards which include 16 NME Awards, six Q Magazine Awards and four Kerrang Awards. In 2011 they received an Ivor Novello Award for International Achievement.

About the film
"MUSE - Live at Rome Olympic Stadium" filmed on 6th July 2013 in front of a capacity audience of over 60,000, captures the momentous evening in the Italian capital and showcases the most extravagant set build and spectacular stage show of any MUSE tour to date. The three school friends from Devon take the audience on a mesmerizing journey using pyrotechnics, expansive digital screens and a troop of actors to accompany their epic playlist of 20 tracks, mixed in incredible surround sound, including hits from their most recent studio album The 2nd Law, as well as classics such as Uprising, Supermassive Black Hole, Time Is Running Out, Starlight and Plug-In Baby.

About NanoTech Entertainment
Headquartered in San Jose, CA NanoTech Entertainment is a technology company that focuses on all aspects of the entertainment industry. With six technology business units, focusing on 3D, Gaming, Media & IPTV, Mobile Apps, and Manufacturing, the company has a unique business model. The company has a diverse portfolio of products and technology. NanoTech Gaming Labs operates as a virtual manufacturer, developing its technology and games, and licensing them to third parties for manufacturing and distribution in order to keep its overhead extremely low and operations efficient in the new global manufacturing economy. NanoTech Media develops proprietary technology which it licenses to publishers for use in their products as well as creating and publishing unique content. NanoTech Media Technology includes the world's first 4K Ultra HD streaming solution. NanoTech Communications develops and sells proprietary apps and technology in the Mobile and Consumer space. Clear Memories is the global leader in 3D ice carving and manufacturing technology. 4K Studios creates digital 4K Ultra HD content using both licensed materials as well as original productions. NanoTech is redefining the role of developers and manufacturers in the global market.