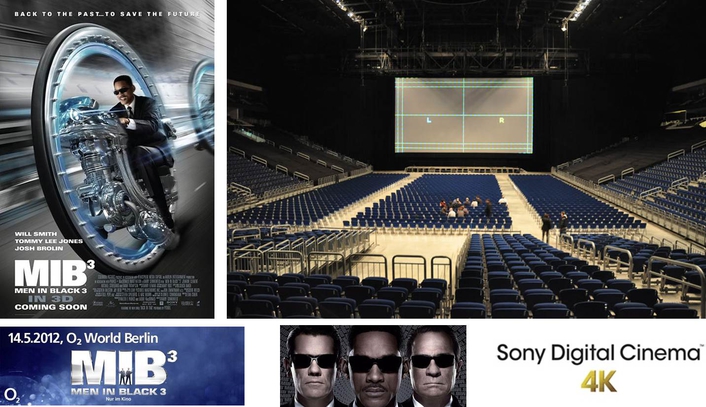 Displaying an image at more than four times the resolution of traditional 2K digital cinema projection systems, the premiere provided attendees with the ultimate-viewing experience. About 7,000 viewers have attended the German premiere at the multi-functional O2 World in Germany last night, making it the largest 3D movie screening ever done. Sony Pictures Releasing is now GUINNESS WORLD RECORDS ™ RECORD HOLDER.

Celebrity guests such as Will Smith, Nicole Scherzinger and Josh Brolin were all in attendance at the German premiere, along with film director Barry Sonnenfeld.

David McIntosh, Senior Vice President, Sony Digital Cinema said: “We are delighted to support the premier of Men in Black III with our Sony 4K Digital Cinema projection technology allowing the delivery of a truly innovative cinematic evening. Offering an immersive visual experience to the Men in Black III premiere attendees, Sony’s unique digital cinema projection system provided spectacular detail with “easy on the eye 3D”, even on a screen as large as 25.9m.”

Martin Bachmann, Managing Director, Sony Pictures Germany said “Men In Black III is a hugely popular and eagerly anticipated film release and one which we wanted to showcase by using the best projection technology available. Sony’s projection system allows viewers to get incredible detail and clarity, something which is absolutely essential for this action packed blockbuster.”

The eagerly awaited Men in Black III, sees the return of Agents J (Will Smith) and K (Tommy Lee Jones). J has seen some inexplicable things in his 15 years with the Men in Black, but nothing, not even aliens, perplexes him as much as his wry, recent partner. But when K’s life and the fate of the planet are put at stake, Agent J will have to travel back in time to put things right. J discovers that there are secrets to the universe that K never told him – secrets that will reveal themselves as he teams up with the young Agent K (Josh Brolin) to save his partner, the agency, and the future of humankind. 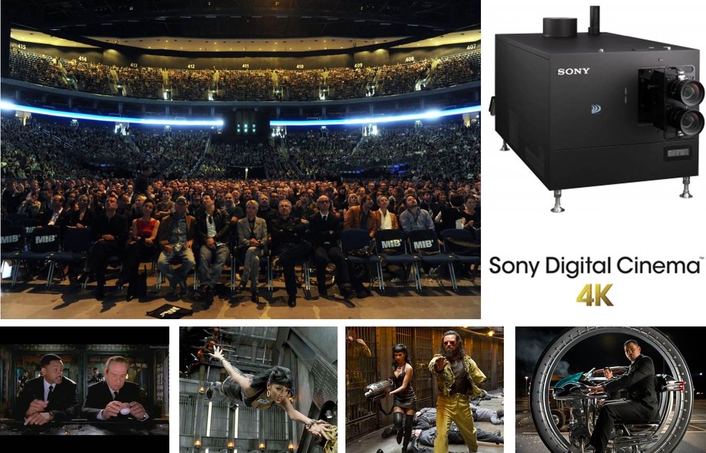