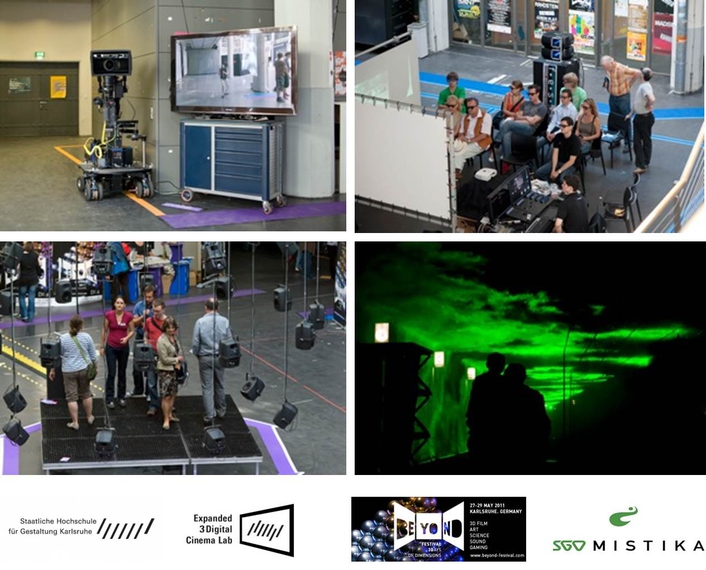 The research centre is a well placed institute, situated between the University of Arts and Design and the ZKM Centre for Art and Media in Karlsruhe, focused on the development of stereoscopic motion picture and television content, as well as tridimensional video and audio art. Furthermore, the centre also offers new narrative forms in the field of scenic spacial staging and new visualising procedures, such as laser technology, satellite and microphotography, as well as ultrasonic and X-ray processing.

Professor Ludger Pfanz, a filmmaker as well as the head of the video, film, sound, 3D, mulitmedia and stage studios of the prestigious centre, established the laboratory in  2010, and has high ambitions to initiate the world’s first stereoscopic degree programme, with Mistika at the core of the curriculum.

“With the help of the Expanded 3Digital Cinema Laboratory, we reinvent the stereoscopic future every day. For this reason, we need tools that invent themselves every day, along with our ideas.  With Mistika we found a magical system that solves tomorrow´s problems today, in real-time.”  Professor Pfanz affirms.

"The Expanded 3 Digital Cinema Laboratory Institute is committed to development of artistic content for advancing 3D technology that currently captures the cinema and TV market. This idea complies fully with pioneering spirit of Karlsruhe University of Arts and Design." stated Professor  Dr. Peter Sloterdjik, Head of the University of Arts and Design.

Marcos Silva, Sales Director of SGO's German Reseller, Fes Media says: “Mistika is a clear leader in stereoscopic editing and post production, and its capabilities bring tremendous benefits for students to further develop their technical expertise to be well equipped for the industry.”  Marcos adds: “SGO is proud to be associated with educational institutions of high calibre, such as the University of Arts and Design, that deliver the highest standards and encourage quality-driven results for future talented professionals.”

Geoff Mills, Director of SGO Global Sales and Operations concludes: “A revolutionary workflow solution such as Mistika is an award-winning investment and asset. With  3D  gaining momentum at a rapid pace, it is vital that Mistika plays a central role in well respected educational establishments, such as Ravensbourne in the UK, and now at the University of Arts and Design in Karlsruhe in Germany; and across the world.” 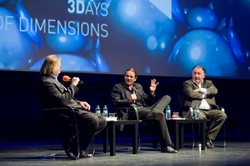 Karlsruhe also has global aspirations and connections, and with assistance from the Ministry of Education and Research Baden-Württemberg, the institute is able to provide  workflows for stereoscopic cinema, on par with Hollywood-style high quality. Facilities range from live action areas, post-production, autostereoscopy, through to an impressive digital 3D cinema which was developed in a collaborative effort with ZKM.

The 3D-Alliance at Karlsruhe pursues industry-relevant goals which include the emphasis on the development of 3D documentaries and reportage formats; collective effort in developing technical solutions;  the creation of a conjoint degree programme for stereoscopers; the establishment of mutually utilisable live-3D teaching and learning facilities; the organisation of the international symposium “3D and BEYOND” and the publication of textbook titled "3D Creative Stereoscopy".

About The EXPANDED 3DIGITAL CINEMA LABORATORY
The EXPANDED 3DIGITAL CINEMA LABORATORY has evolved into an internationally acclaimed research and teaching facility.To guarantee the highest level of quality the emerging institute initiated the co-operating collective 3D Alliance. The 3D-Alliance Karlsruhe was founded in the fall of 2010, initiated by Ludger Pfanz of the Expanded 3Digital Cinema Laboratory.