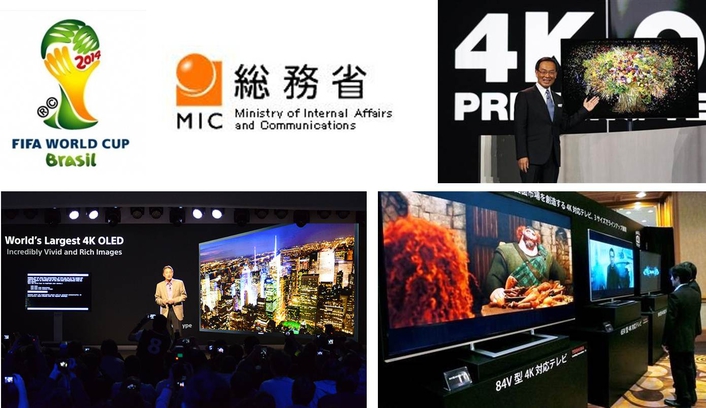 Japan will start the world’s first 4K TV broadcast in July 2014, two years earlier than originally planned.
According to the Asahi Times, the Japanese ministry of Internal Affairs and Communications has decided to start broadcasting in 4K during the semi-finals and the finals of the football World Cup in Brazil in July 2014. This indicates that FIFA is considering to also set up a 4K production infrastructure in addition to a 3D production setup.

Together with FIFA TV Director Niclas Ericson HBS CEO Francis Tellier visited the London 2012 Olympics, a trip he returned full of appreciation of the future of the broadcast industry by giving a quite clear statement:

"One of a memory I brought back from the Olympics has to do with the future of sports broadcasting. I did not have the fortune to attend the stunning Opening Ceremony, directed by Danny Boyle, at the Olympic Stadium, but watched it live in its regular "2D" version. Then, while at the IBC, I was able to watch the 3D version as well as the experimental 8K coverage. To me the 3D version was the most impressive, the one that most probably came closest to the real thing. I've never before seen a medium that comes so close to recreating the in-stadium experience. After watching that, together with FIFA, we knew we had to work hard on our next challenges… "

Tellier's statement is underlined with a statement on the FIFA 2014 World Cup organisation page "Queries for licences for 3D and public viewing exhibitions in theatres and cinemas should be addressed to FIFA." 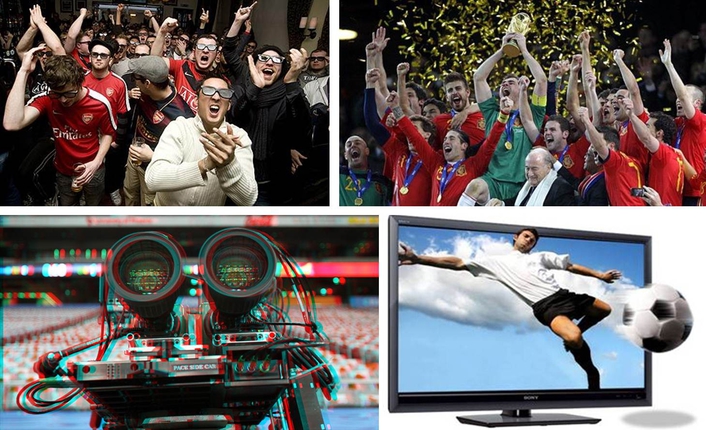 Anyhow, the first 4K broadcasts in Japan will be transmitted via the country’s communication satellites rather than via the direct broadcast satellites. However, usage of BS satellites is planned at a later stage, quickly followed by digital terrestrial broadcasting.

Originally, the Japanese were planning to launch 4K broadcast in 2016. The move to bring the world’s first regular 4K broadcasts forward is intended to boast 4K television set sales. The 4K  televisions are now on sale by Japanese makers including Sony, Panasonic, Toshiba and Sharp as well as from Korean manufacturers such as LG and Samsung.

This does not mean that public broadcaster NHK is abandoning plans for 8K transmission. Asahi re-states that NHK’s 8K Ultra-HDTV transmissions will kick off in 2016.