SMT Magic D Studio participated in or led many films such as "Farewell My Concubine", "Xiao He pursues Han Xin by the moonlight", "Cao Cao and Yang Xiu", "Zhen Guan Flourishing Age", "Catch and Release Cao", etc. Experienced and trained a professional film production team that dares to break through and innovate.

This time, "He Luting" was produced by SMT Magic D Studio, which participated in the whole process from pre-planning, shooting, to post-production, reflecting the courage of Magic D. Focused on cutting-edge technology, SMT Magic D studio, uses 8K panoramic sound technology to present more colorful perspectives, more natural and realistic expressions, more magnified details, and more layered sound effects in the movie, break through the boundaries of film production, explore the new expressive power of opera art, and ignite the spark of collision between technology and art.

Under the background of the era that fully promoting the "cultural brand" and revitalizing the Shanghai film industry, at the launching ceremony of "He Luting", SMT and the Shanghai Conservatory of Music signed a school-enterprise cooperation memorandum. The two parties will deepen the integration of production and education in the future, explore the cooperation model of production, education and research, and realize interdisciplinary cooperation between stage art and film industry technology. 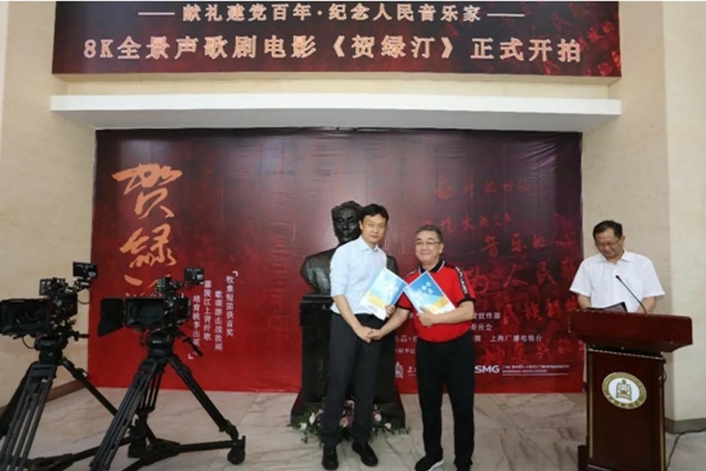 Overtaking on a Curve, Exploring a Sample of China's UHD Film Industry

Movie is an art, but also a technology that is changing day by day. Behind every iteration of the film industry, we can see the shadow of the technological competition. Although Chinese movies have been in a status of chasing for a long time, but in the 8K era, China and other developed countries are almost on the same starting line. As long as we dare to take the responsibilities and overcome difficulties, it is possible to run ahead and accelerate. 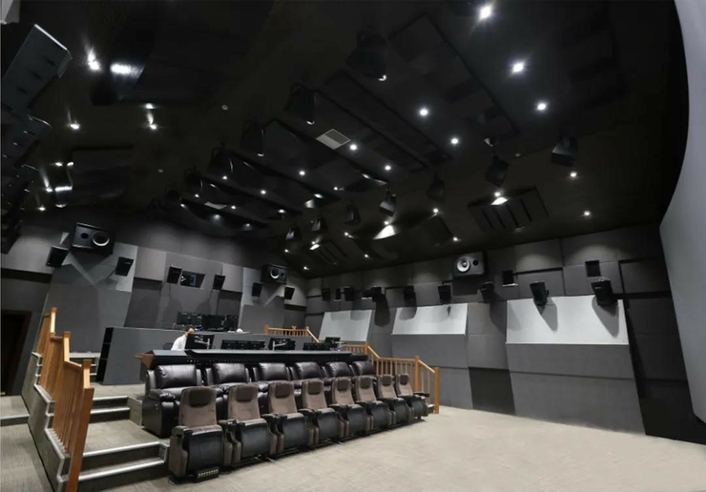 Although SMT Magic D studio is a "rising star" in the movie industry, it has rapidly grown into a leader in the 8K circle by the virtues of learning, inheritance, transcendence, innovation and the exploration spirit of SMT technicians. Only by capturing the future signals from the pain points of market demand and realizing application scenarios from technological breakthroughs, we can seize the commanding heights of the film industry in the future.

SMT Magic D studio has achieved a competitive advantage that is impressive in the industry by virtue of its 8K panoramic sound film production technology. Through the innovative form of blending 8K panoramic sound technology and film art, SMT Magic D is trying to explore a set of samples of China's UHD film industry, and turning the important opportunity period of 8K into a golden period of development became the direction and destination of SMT Magic D Studio.