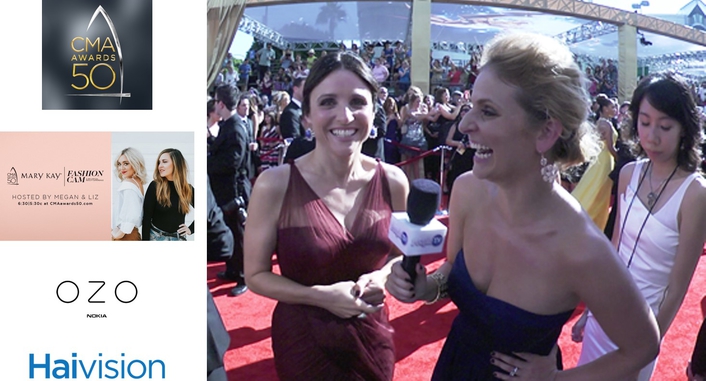 Starting at 6 p.m. CT on Wednesday, November 2, the live stream from the fashion cam was giving fans an exclusive inside look at artists live on the red carpet at The 50th Annual CMA Awards as they entered the action and answered questions from music duo and YouTube stars Megan & Liz Mace. The Fashion Cam was live at http://countrymu.sc/marykay. The broadcast of The 50th Annual CMA Awards continued at 7CT/8ET on ABC. 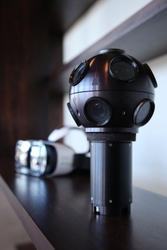 In the live video workflow, the 8 cameras of the Nokia OZO were aggregated by OZO Live video processing software and delivered to the Haivision KB 4K Encoder as 4096 × 2160 resolution stereoscopic (3D) video. The Haivision 4K Encoder encoded the video and streams directly to YouTube Live. Viewers could enjoy an engaging red carpet experience as if they were standing right in the action by watching on YouTube’s HTML5 Video Player which supports 3D VR 360 playback.

Webinar about Internet Streaming with Haivision’s KB Encoder
To learn more about Haivision’s KB 4K Encoder, register for the webinar taking place on November 10th at 11am ET.

CMA Awards Mary Kay Fashion Cam on the Red Carpet
As part of Mary Kay’s ‘I Can’ campaign, which empowers and inspires women to live the life of their dreams, artists on The CMA Awards Red Carpet will also sign a wall that will be auctioned off to benefit the CMA Foundation. The "I Can" campaign, which launched in September, celebrates the heart of the company, Mary Kay Independent Beauty Consultants. Join the Fashion Cam conversation on social media using the hashtag #MaryKayCMA. 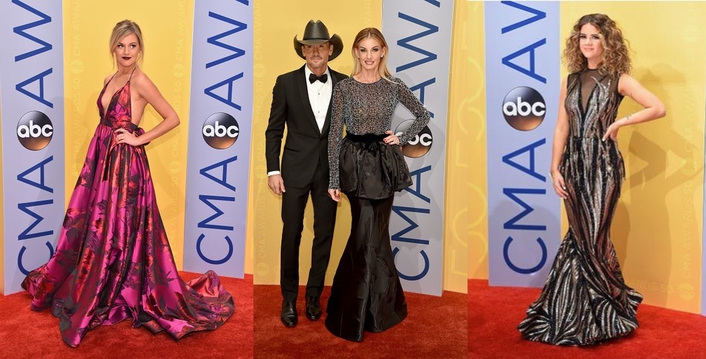 About CMA Awards
The CMA Awards debuted in 1967 with Sonny James and Bobbie Gentry as hosts. In 1968, Dale Evans and Roy Rogers took over and the Awards were taped by NBC at the Kraft Music Hall, for its national broadcast debut on NBC-TV (the FIRST nationally televised music awards program on network television). In 1969, the Awards were televised live for the first time. The Awards expanded to two hours in 1988 and expanded yet again to three hours in 1993.
Recognized worldwide as "Country Music's Biggest Night™," the CMA Awards represents the pinnacle of achievement for Country Music artists, musicians, producers, publishers, songwriters, video directors, and industry executives who work in America's most popular music genre. CMA Award winners are chosen in online voting by eligible industry professional members of CMA. Thus, Award winners are honored by their peers in the music industry. The staff of CMA does not participate in the voting process.

About Haivision
Haivision, a private company founded in 2004, provides enterprise video and streaming solutions that help the world’s leading organizations communicate, collaborate and educate. Haivision is recognized as one of the most influential companies in video by Streaming Media and one of the fastest growing companies by Deloitte’s Technology Fast 500. Haivision is headquartered in Montreal and Chicago, with regional offices located throughout the United States, Europe, Asia and South America.