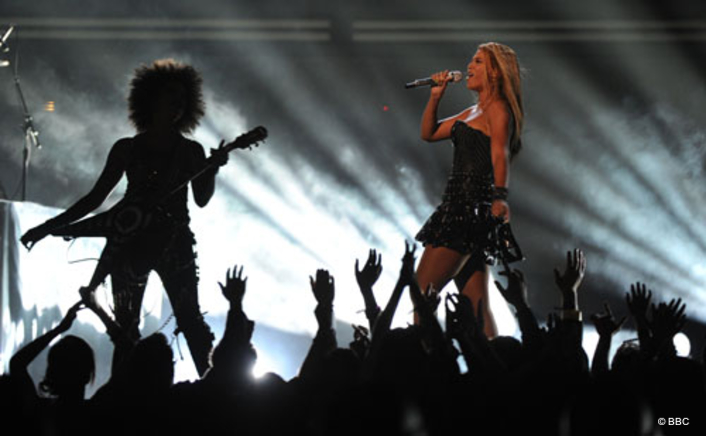 Beyonce at the Grammy Awards
Grass Valley™ high-definition production and distribution technology once again played a big part of the live Grammy® Awards telecast, presented by the National Academy of Recording Arts and Sciences (NARAS). This year’s 52nd annual gathering of the music industry’s finest was broadcast on CBS on Sunday, January 31 from the Staples Center in Los Angeles.

3D Video made by Michael Jackson

This year, for the first time ever, the Grammy HD telecast featured a 3D video made by Michael Jackson, before his death for the environmentally conscious song “Earth Song.” [The video was to be used during Jackson’s comeback concerts in London in July 2009.] The video was broadcast in 3D using the Grass Valley Kalypso™ HD Video Production Center, as part of a ceremony honoring Jackson with a lifetime achievement award during the live telecast. 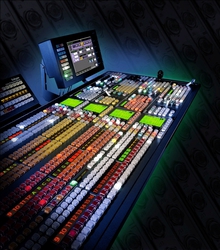 In addition, AEG Digital Media, which owns the Nokia Theater and the LA LIVE complex where it is located, purchased a Grass Valley K2 Summit™ production client server to record, store and prepare HD video segments for inclusion into the Grammy Award Show. The K2 Summit recorded baseband video and created clips in the XDCAM HD 50 4:2:2 format. These files were then transferred to Final Cut Pro workstations, where they were edited in the same XDCAM format and then made immediately available to the NEP production truck producing the Grammy telecast.

The K2 Summit production client includes HD/SD operation, smooth slow-motion playback and up to four bi-directional channels in a rugged two RU chassis. The server features agile playback of DV, MPEG, HD, and SD content with built in aspect ratio conversion and can provide 60 hours of HD internal storage. It can be used as a standalone device or connected to a shared storage area network.

NEP’s two trucks, with the same Grass Valley equipment, were also used at the Los Angeles Shrine Exposition Center for the 16th Annual Screen Actors Guild Awards® on Saturday, Jan. 23, 2010, which were simulcast live on TNT and TBS.