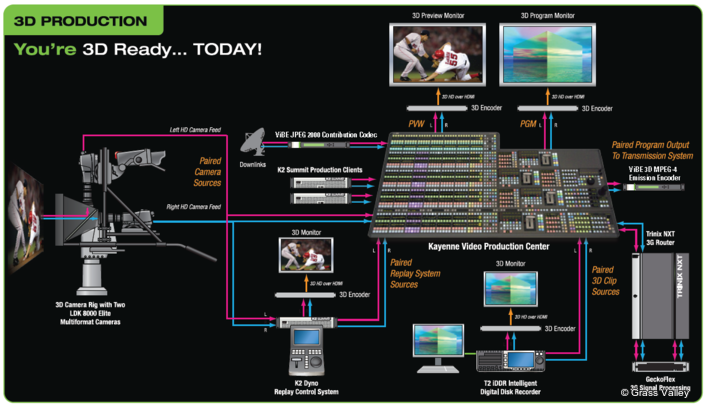 3D-Ready Today
In the last couple of years 3D productions have had an enor­mous impact on the movie industry, with creative and financial success allied to the technical triumphs. Many of these suc­cessful movies have been entirely animated, but increasingly there is a market for live action or mixed environments, with Avatar the leading example.
While movies are usually made in very controlled circum­stances, where every element can be prepared in advance, there will be some occasions in which television style produc­tion techniques will be used. Concert movies like the Hannah Montana special are obvious examples.

In addition, some television content creators and distributors have begun to examine 3D as a new way to entice and retain audiences. While it is too early to say whether consumers will want 3D in the home, with the need to wear glasses and avoid the temptation of real-world 3D objects, it is clear that there will be many opportunities to become involved in trial produc­tions in the near future.

Rather than invest heavily in new, 3D-specific technologies, it is clear that many existing products are easily adapted to 3D operation with minimal modifications. Thus production compa­nies can, without significant capital expenditure, develop practi­cal skills and experience which will enrich and empower them as the market for 3D evolves in the coming months and years.

Broadcasting in 3D since 2008, the Grass Valley LDK 8000 Elite Multi-format HD Camera is quickly becoming the acquisition tool of choice by leading broadcasters from around the world. Here are just a few examples:

Broadcasting in 3D since 2008, Grass Valley, Kayenne, Kalypso, and Kayak Switchers have been and continues to be at the forefront of 3D production. Here are just a few examples 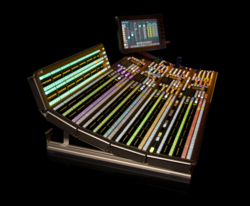 Kayenne 3D-Ready Features include
• Key Chaining
When keys are chained, selecting a keyer automatically brings up two keyers for the left/right eye keys together for simplified dual-channel management.Keys may be adjusted separately for accurate convergence and settings are remembered each time key is enabled.
• Multiple Bus Linking
Allows linking of busses for simultaneous source selection between M/Es or DoubleTake M/E partitions so that a single button press selects both left/right eye sources.
• DoubleTake Split M/E Mode
Splits each M/E into primary and secondary partitions for switching both right-eye and left-eye output streams from a single M/E. Used in conjunction with bus linking and KeyChaining.
• Source Rules
Each background source on an M/E can have rules associated that either include keyers automatically, or exclude keyers, when the source is selected.

UK-based Telegenic have been commissioned by BSkyB to build its first outside broadcast truck specifically for stereoscopic 3D production. The truck will be used to produce live and recorded coverage of sport and entertainment events for a dedicated 3D channel launched by Sky TV  in April 2010. Telegenic used theK2 Summit for the pilot phase and it performed flawlessly. They plan to use K2 servers in their 3D trucks going forward.

At NAB this year, Grass Valley is launching a brand new concept for servers to give the K2 platform game-changing power and flexibility. ChannelFlex - for K2 Summit and K2 Solo — is a simple software upgrade that expands the number of video streams that a channel can process from one to two... or even three!

Not only does ChannelFlex create new options for multicam, video + key and super slomo (SSM), but it's great news for 3D applications too. For example, one channel can record left eye and right eye and save it as one asset with two video tracks and common timecode and ANC data. This 3D asset can then be loaded on one channel and played out as two synchronized video streams. 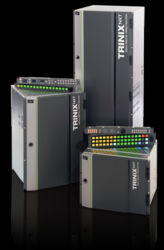 The T2 iDDR is a complete and self-contained SD and HD audio/video playout center. The front-panel transport controls are designed to look and feel very much like those of traditional VTRs and its two output channels support standard- or high-definition content. 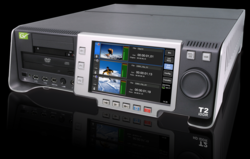 The crisp, clear LCD front panel can display high-quality images and is complemented by a software application suite for managing and selecting media clips, clip editing and trimming, and playout - including playlist creation.

We’re well past the time when 3D was considered science fiction, but is the new dawn of 3D production and broadcasting a horror story in the making? Everyone is talking about it. Grass Valley is doing it. 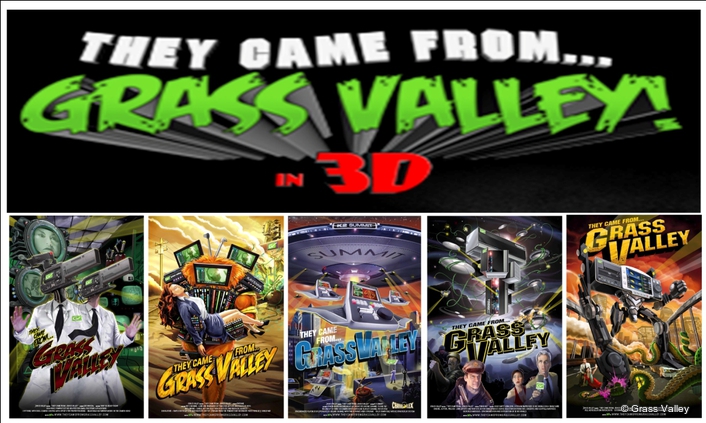